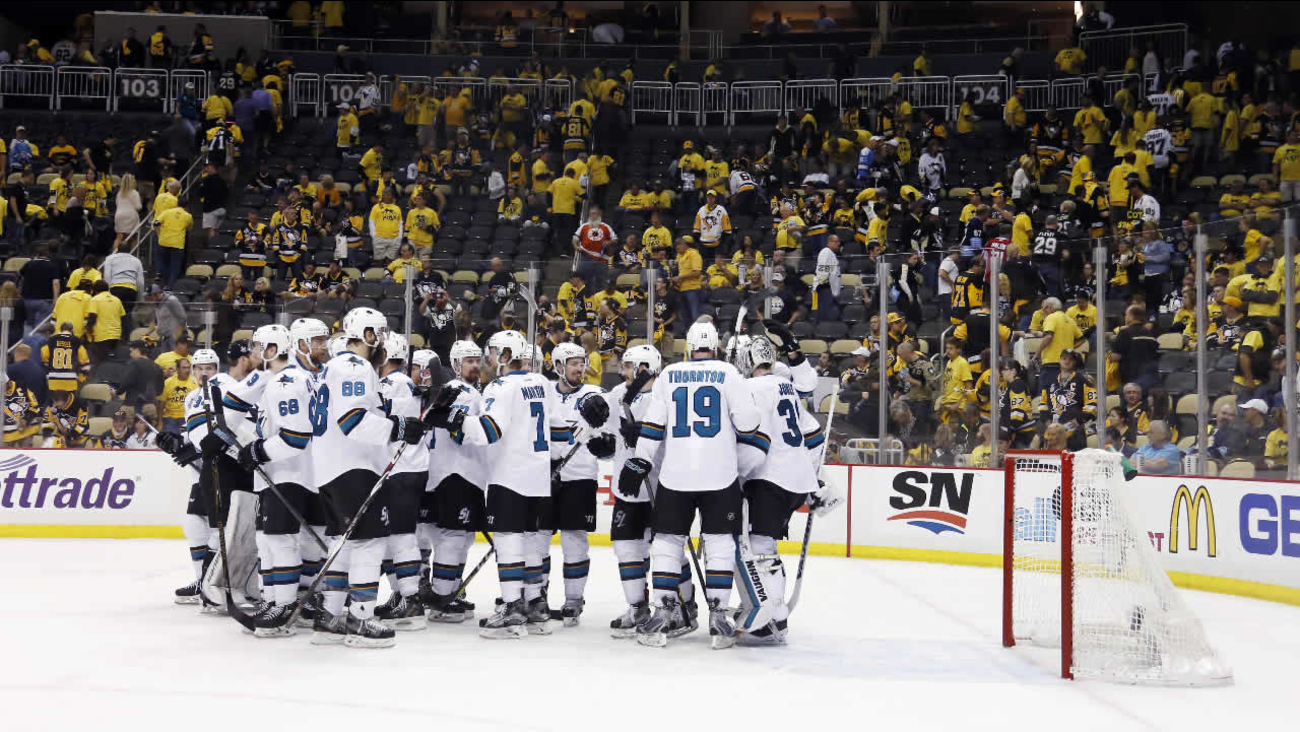 Teammates congratulate Sharks goalie Martin Jones after their 4-2 win over the Pittsburgh Penguins in Game 5 of the Stanley Cup Finals on Thursday, June 9, 2016, in Pittsburgh. (AP Photo/Keith Srakocic)