ESPN
By Nick Wagoner
SANTA CLARA, Calif. -- As blockbuster trades become increasingly common in the NFL and players have begun taking more ownership in their careers, San Francisco 49ers cornerback Richard Sherman believes that movement will be a good thing for all involved, especially the players.

Speaking to Bay Area media on Thursday, Sherman went into detail about the many ways the developing trend of players pushing for moves and the major trades that follow can benefit the NFL.

But those benefits aren't limited to players on the move, according to Sherman. With more players demanding trades and seeking greener pastures, Sherman envisions a league in which teams go to greater lengths to ensure their players aren't looking for an exit ramp.

"I do think that's another benefit that's going to come from this," Sherman said. "I think these organizations are going to treat their players with a lot more respect and admiration and just appreciation. I think sometimes you say, 'Hey, we got you young and you're cheap and we can just ignore you and treat you however,' and I think players are becoming more volatile and more frustrated and more angry and doing their best to get out of those situations. And so hopefully these organizations treat these players better and players move forward and it works out well for both sides."

Sherman, who serves as a vice president on the NFL Players Association's executive committee, has long championed the idea of players having as much say in their careers as possible. Sherman represented himself when he became a free agent in 2018 and negotiated his three-year contract with the 49ers at that time.

As NBA players have begun dictating trade destinations and orchestrating free-agent team-ups, Sherman said Thursday that he's beginning to see more of it in the NFL, though he notes that it will never be exactly like basketball because of the differences in contracts and guaranteed money.

What Sherman has seen, though, is players like Antonio Brown, Odell Beckham Jr. and now Jalen Ramsey seeking situations they deem better, more comfortable and happier even if it doesn't go over so well with those in charge. Ramsey requested a trade from the Jacksonville Jaguars earlier this week.

"I'm sure the owners don't like that," Sherman said. "I don't think they ever like to give up any power or for players to flex their power but I think it's good for the game."

While Sherman believes the trend is good for players, he also sees value for the teams. He noted Thursday that teams aren't giving top players away for nothing and, more often than not, are acquiring high-value draft picks.

Along with that, Sherman also said he sees teams are placing less of a premium on first-round picks, preferring to land known quantities over hoping that a college prospect might develop.

"I think people are starting to realize that the first-round picks aren't as valuable as they used to be," Sherman said. "It's, 'What can you do for me now?' rather than waiting and developing a player who may develop, may not develop. You're getting players who you know what they're going to be, you know who they are and you're exchanging the first-round draft capital, which you don't know what it can be. You hope the player is going to pan out how you see it but you never know."

Sherman also sees the big trades generating more excitement for the league as a whole and its fans. While player movement in trades and free agency has long been a big part of other leagues like Major League Baseball and the NBA, the NFL has lagged behind as teams have mostly held on to their top players with the use of franchise and transition tags.

Having more star players on the move in trades creates excitement in the trade rumor mill, but some of those deals are now coming to fruition. 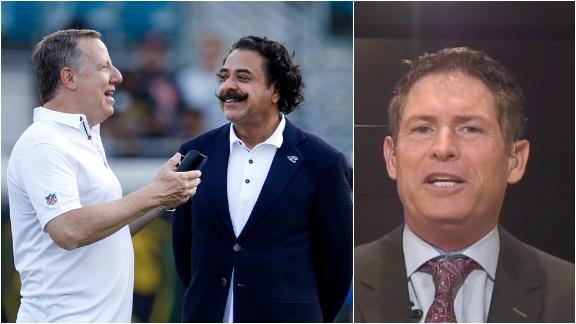 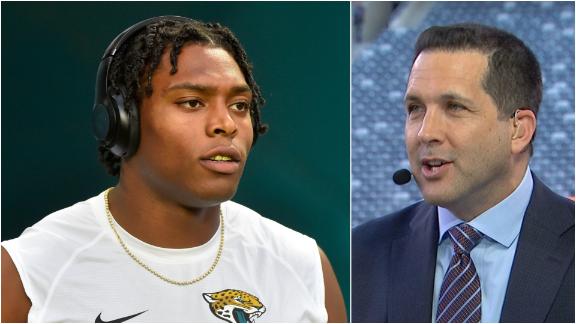