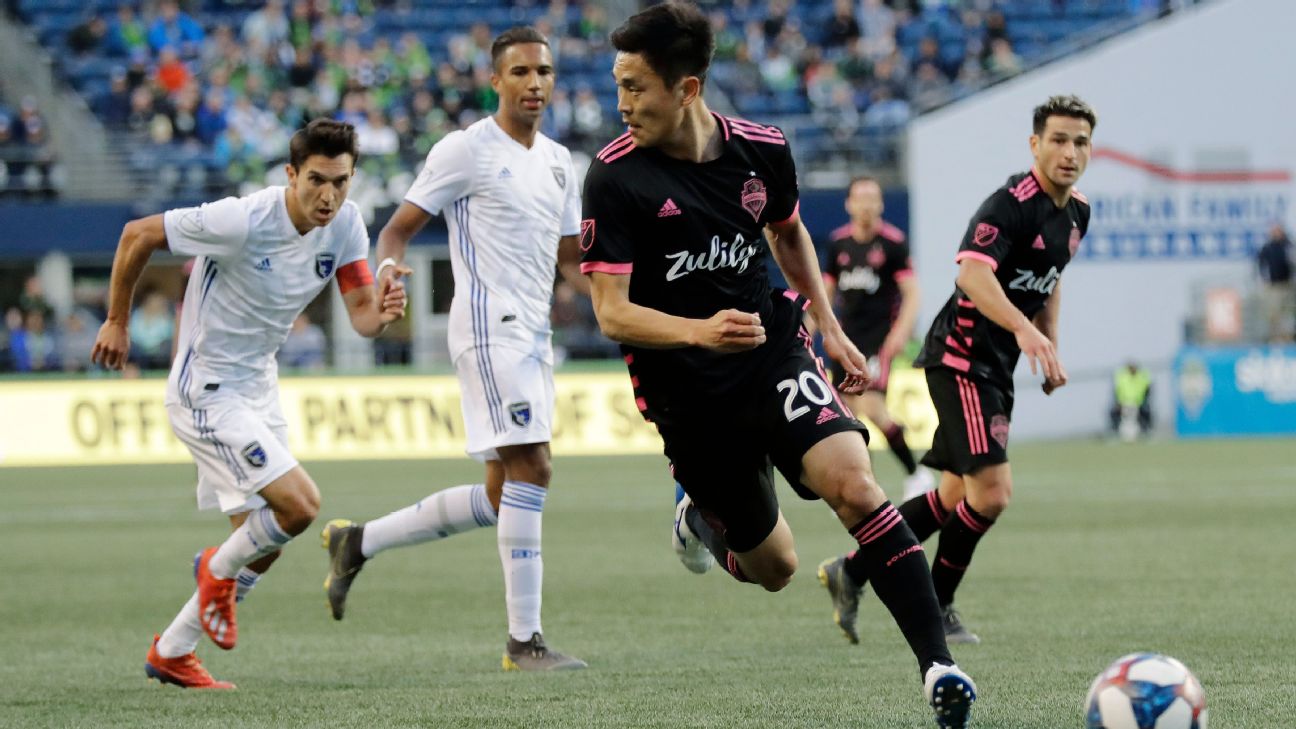 Kelvin Leerdam and Harry Shipp scored two minutes apart midway through the second half as the Seattle Sounders rallied from a two-goal deficit to tie the visiting San Jose Earthquakes 2-2 Wednesday night.

Goalkeeper Stefan Frei made four saves as the Sounders (5-1-2, 17 points) rebounded from their first loss of the season, a 4-1 decision Sunday at Los Angeles FC.

The Sounders got on the board in the 65th minute. A corner kick by Nicolas Lodeiro was flicked on by Kim Kee-hee to the top of the 6-yard box, where Leerdam scored on a diving header that Vega was only able to get one hand on.

Shipp tied it in the 67th minute. Lodeiro drove to the end line after taking a throw-in from Brad Smith on the left wing and crossed the ball back to Shipp, who was about 10 yards out from the near post. Shipp put a right-footed shot into the back right netting.

Salinas opened the scoring in the 34th minute, giving the Earthquakes a 1-0 lead at the half.

Teammate Magnus Eriksson stole the ball near midfield and passed to Salinas on the left wing. Salinas dribbled into the penalty area and faked a move to the inside, catching Leerdam flat-footed. Salinas moved past Leerdam to the top left of the 6-yard box and put a left-footed shot over Frei's shoulder and into the side netting inside the far post.

The Earthquakes came out strong in second half, with Cristian Espinoza hitting the left post with a 25-yard shot in the 46th minute.

Salinas' second goal, which came in the 54th minute, also followed a Sounders turnover. Espinoza won the ball about 30 yards from the Seattle net and drove down the right wing. He sent a low cross to the far post, where Salinas was unmarked and put a one-timer into an open left side of the net. 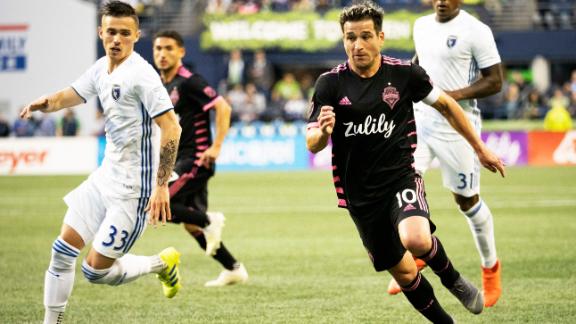 Sounders and Quakes tie in 4-goal thriller
The Seattle Sounders and the San Jose Earthquakes had a combined total of 38 attempts on goal, but had to settle for a 2-2 draw. 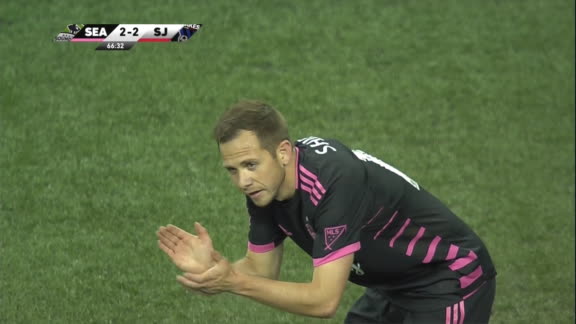 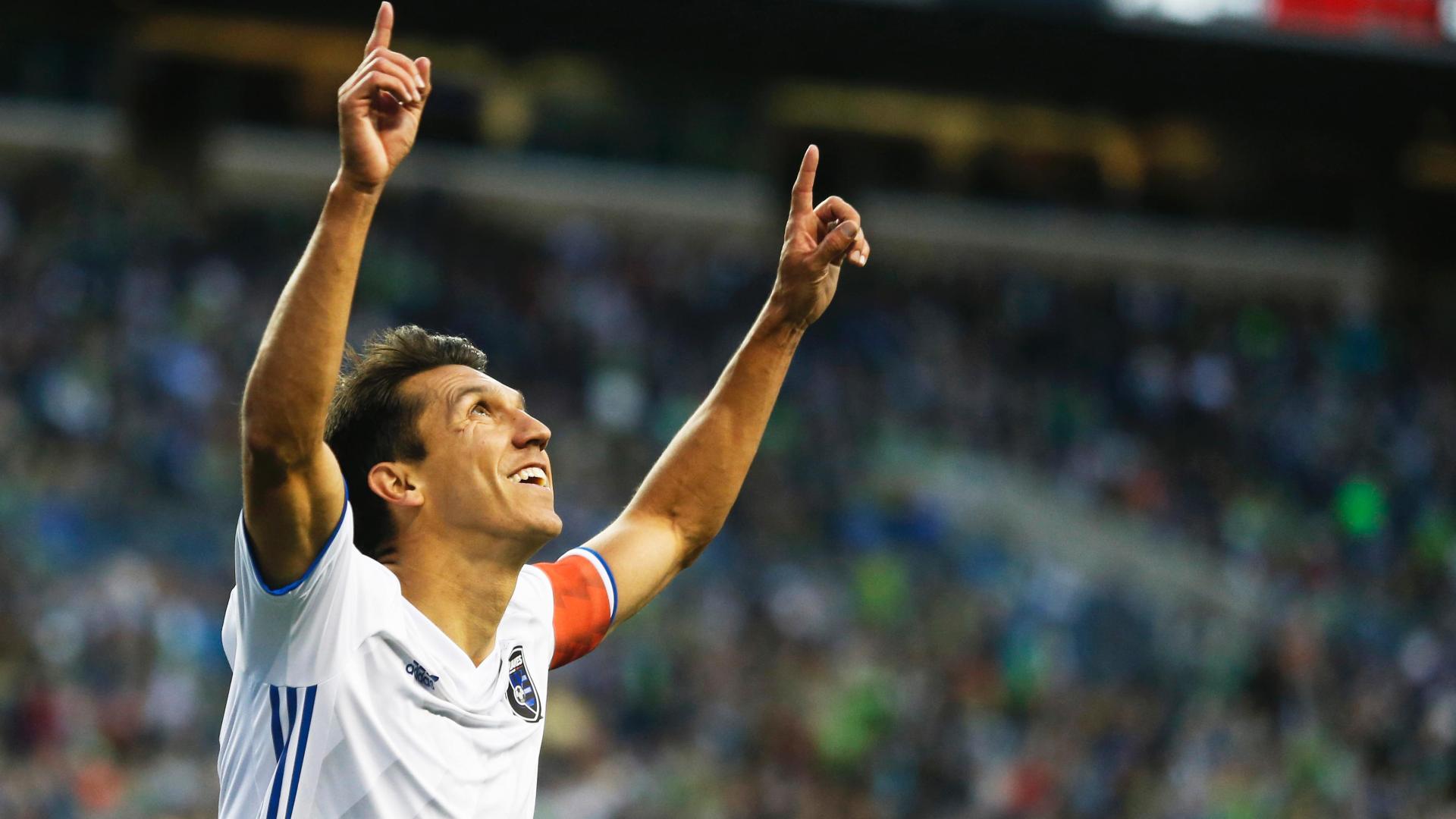