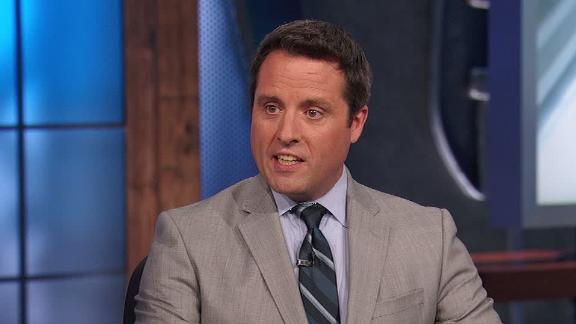 The NFL's much-ballyhooed interviews with the players named in the al-Jazeera report on performance enhancing drugs have begun, and so far they have gone as expected.

A source close to the situation said Packers linebackers Clay Matthews and Julius Peppers, whose interviews were Wednesday in Green Bay, and Steelers linebacker James Harrison, whose interview was Thursday in Pittsburgh, remain annoyed that they had to submit to the interviews but were not confronted with any new evidence or allegations during their interviews.

Free agent defensive end Mike Neal is the other player the league plans to interview in connection with their investigation into last winter's al-Jazeera report on performance-enhancing drugs. The league interviewed retired quarterback Peyton Manning, who also was named in the report, earlier this offseason and issued a statement clearing his name.

The expectation of Matthews, Peppers, Harrison and Neal -- as articulated by Harrison on Wednesday -- is that the NFL's investigation will conclude that the players did nothing wrong and that the league will issue the same statement for them that it did on Manning's behalf. Major League Baseball players Ryan Howard and Ryan Zimmerman, who also were named in the report, were publicly cleared by MLB last week after it concluded its investigation.
Related topics:
sportsespnal jazeera reportnflpeyton manningjulius peppersdenver broncosgreen bay packersmike nealclay matthewsjames harrisonpittsburgh steelers
Copyright © 2020 ESPN Internet Ventures. All rights reserved.
More Videos
From CNN Newsource affiliates
TOP STORIES
CA mother with infant twins homeless after being evicted