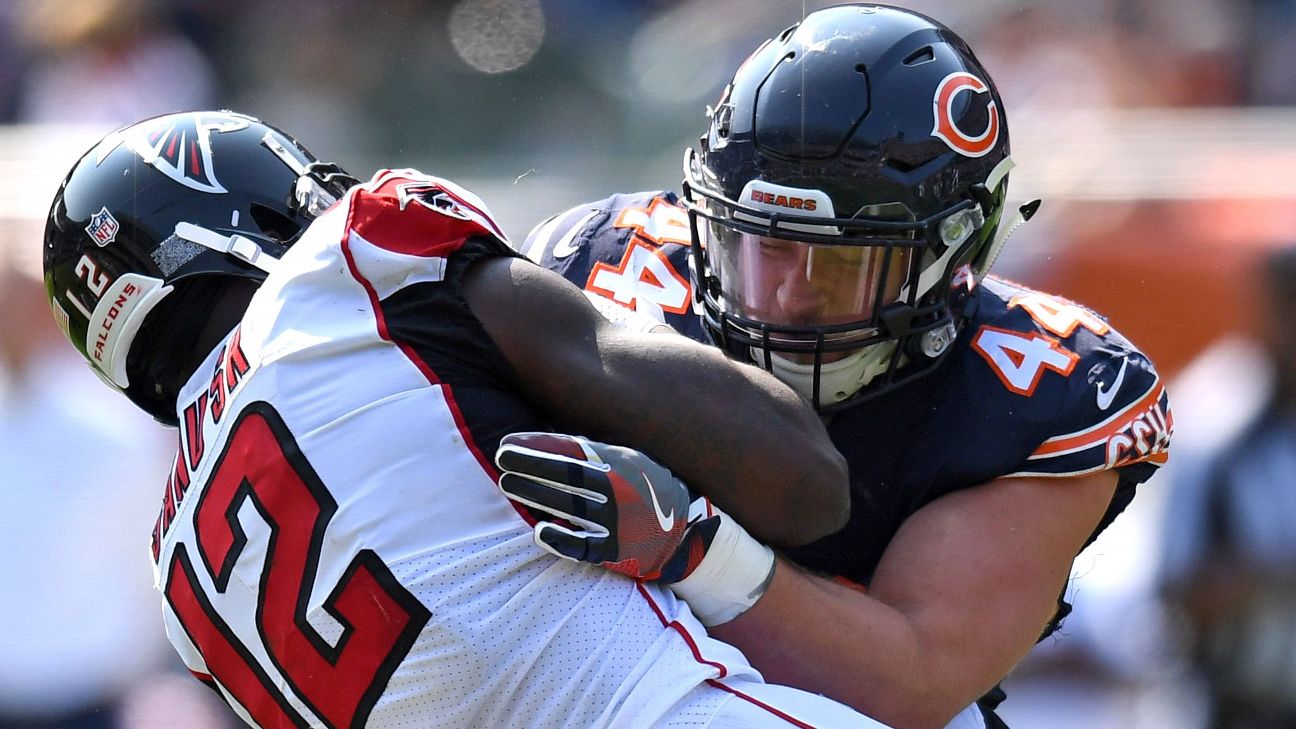 The deal is worth a base value of $21 million, with $13.5 million guaranteed, the source told Yates.

Kwiatkoski tweeted a picture of the Raiders' Vegas stadium on Monday in an apparent nod to the deal.

A former fourth-round pick out of West Virginia, Kwiatkoski enjoyed a breakout season in 2019 with 76 tackles, 3 sacks and an interception in eight starts at inside linebacker.

Kwiatkoski, who turns 27 in May, permanently moved into Chicago's starting lineup in Week 11 after veteran Danny Trevathan suffered what turned out to be a season-ending elbow injury.

He started 14 games for the Bears from 2016 to '18. Besides being a top reserve on defense, Kwiatkoski spent the first three years of his NFL career as a solid contributor on special teams.

Kwiatkoski also caught a pass for a 2-point conversion against the Minnesota Vikings during the 2018 season.