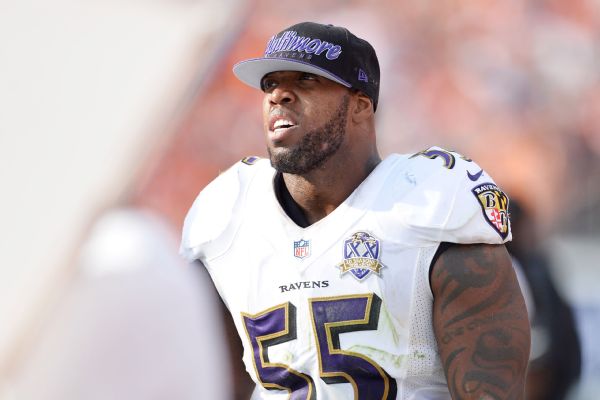 The injury is not considered season-ending at this point, the source said, and Suggs still wants to play.

The 14-year veteran appeared to suffer the injury while sacking quarterback Eli Manning in the fourth quarter. The medical staff put a wrap on Suggs' left arm, but he did not return.

Suggs, 34, also suffered a torn biceps during the 2012 season but played through the injury.

Injuries have affected Suggs' impact in recent years. He suffered Achilles injuries in 2012 and 2015, which caused him to miss significant time. Suggs had long prided himself on his durability as he missed only three games in his first nine seasons.

The Ravens' pass rush is already short-handed;Elvis Dumervil sat out Sunday's game with a foot injury. During Baltimore's three-game losing streak, the team has recorded just two sacks (both by Suggs).