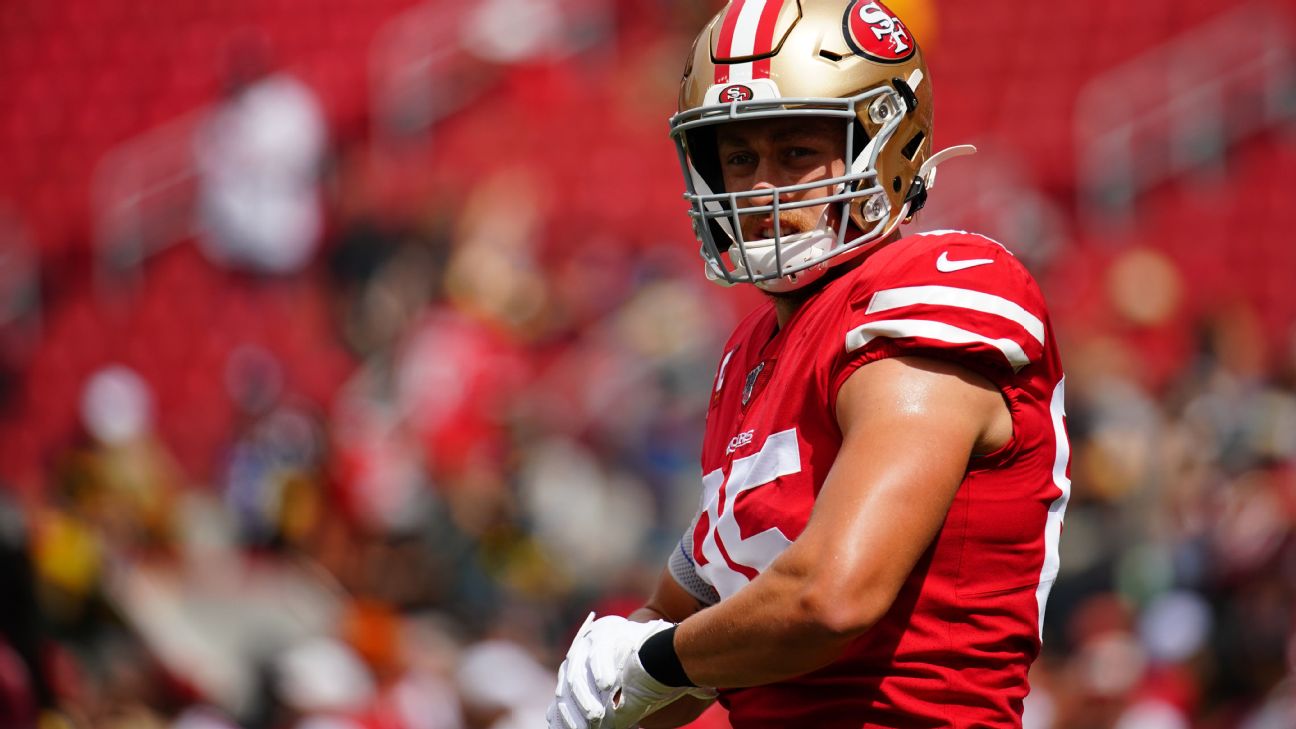 ESPN
By Adam Schefter
When San Francisco 49ers tight end George Kittle left the Oct. 31 game at Arizona in the first quarter and then returned, it added to the legacy of his toughness.

Kittle played the rest of that game with a broken bone in his ankle, league sources told ESPN.

The injury has sidelined Kittle the past two games, but the Pro Bowl tight end feels good enough to return Sunday night against the Green Bay Packers, according to sources. Kittle is tired of missing time, something he has not tolerated well.

"This week, I think if it was a normal person, I'd probably make him doubtful," 49ers' head coach Kyle Shanahan said about Kittle, who officially is listed as questionable for Sunday night. "But Kittle's different than most people, and he won't allow me to rule him out too early because he keeps telling me he's going to surprise me by game day.

"We've got a little more time this week, and he's a little bit ahead."

When he was spotted outside the 49ers' locker room in the first quarter of the team's Monday night game against Seattle, Kittle said he was so impatient and anxious he felt like "running through a wall." 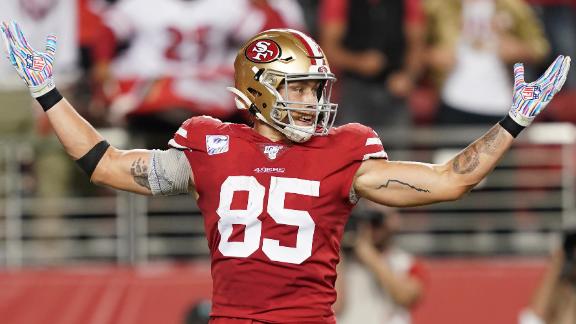 Kittle expected to play vs. Packers
Despite being expected to play, Stephania Bell advises fantasy managers to monitor the pregame inactives report for George Kittle just in case. 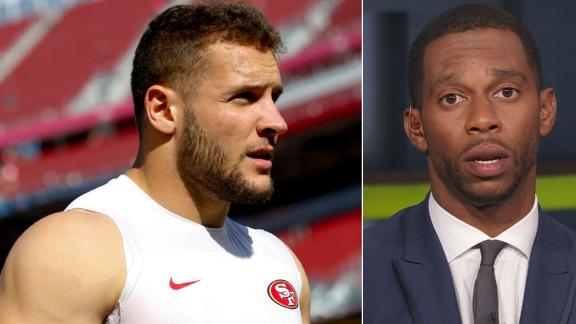