Sources: Le'Veon Bell's suspension will be reduced to 3 games 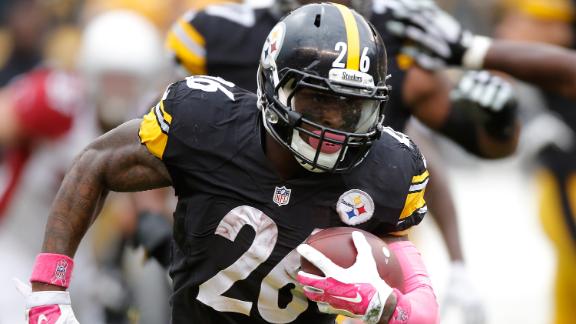 Bell, who practiced throughout training camp coming off reconstructive knee surgery, faced a cloud of NFL suspension for the second consecutive year. He missed two games last year because of a DUI in the Pittsburgh area for possession of marijuana.

Bell declined comment on the appeal process during training camp, but he said Tuesday he appreciated the support from teammates who took the wait-and-see approach. Offensive coordinator Todd Haley, for example, called Bell an "energy giver" who endeared himself to the team quickly.

There was a sense of optimism from the Steelers during training camp, with one team source saying Bell's story for missing tests was much better than him changing his cell phone number, a popular rumor that circulated online.

Regardless of the suspension, the Steelers knew they would get one of the game's best running backs for much of the season. Since 2013, Bell has averaged 119 yards from scrimmage per game, the NFL's best among running backs.