Sources: Marc Gasol not taking meetings other than with Grizzlies 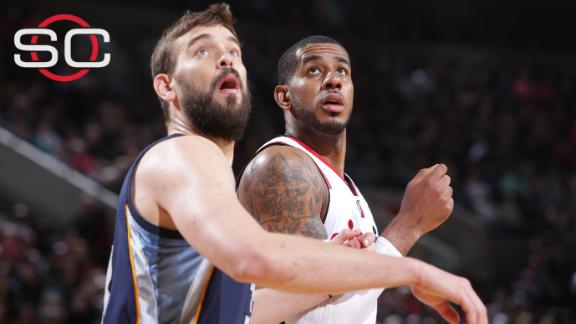 In the latest signal Marc Gasol is going nowhere in free agency, the Memphis Grizzliescenter is scheduling no meetings with rival teams interested in him, according to league sources.

Sources told ESPN.com that Gasol will instead host a contingent of Grizzlies officials in his native Spain on Wednesday morning, raising the possibility that a verbal agreement on a new contract will quickly follow.

Players and teams can come to verbal agreements on new deals after free agency officially commences, but no new contracts can be formally signed until July 9, when a leaguewide moratorium on roster business is lifted.

But all indications are that Gasol and the Grizzlies will quickly reach terms on a new deal that keeps one of the league's top two-way centers with the only franchise he has ever known.

It remains unclear whether Gasol, 30, is seeking a short-term deal from the Grizzlies or a five-year max contract that could approach $110 million in value.

What is clear is that teams such as the Los Angeles Lakers, New York Knicks and Milwaukee Bucks -- all of whom had designs on making a run at the Spaniard in free agency -- have essentially abandoned those plans.

The same goes for the San Antonio Spurs, who were widely believed to be the only team that had a shot at luring Gasol out of his Memphis comfort zone that dates back to his high school days when brotherPau was still playing for the Grizzlies.

The Spurs, sources say, are fully focusing their efforts on trying to lure LaMarcus Aldridge away from the Portland Trail Blazers, with ESPN.com reporting last week that San Antonio sits ahead of both the Lakers and the Dallas Mavericks as the favorite to win the Aldridge sweepstakes should he elect to leave Portland.