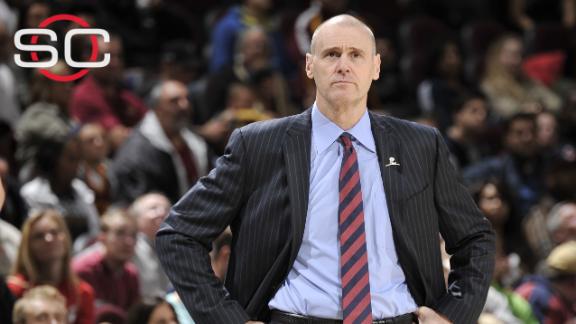 The Dallas Mavericks have advanced negotiations on a contract extension with coach Rick Carlisle, according to league sources.

Sources told ESPN.com that Carlisle and the Mavericks are nearing an agreement on a five-year extension that will extend Carlisle's stay in Dallas well beyond a decade.

One of just five active NBA coaches with a championship on his resume, Carlisle left his role as an ESPN analyst to join the Mavericks in May 2008 and, after successful coaching stints in both Detroit and Indiana, now ranks as one of just 11 figures in league history to win it all as both a coach and player thanks to Dallas' title in 2011.

The coming season is the last on Carlisle's second four-year contract with Mavericks owner Mark Cuban. But the Mavs' desire to keep him in place with another long-term deal has been an open secret around the league, with president of basketball operations Donnie Nelson memorably announcing in April that he and Mavs owner Mark Cuban regard Carlisle as "our Jerry Sloan."

"He can be in Dallas as long as he wants to be," Nelson said after Dallas' elimination in the first round of the playoffs inflicted by the Houston Rockets.