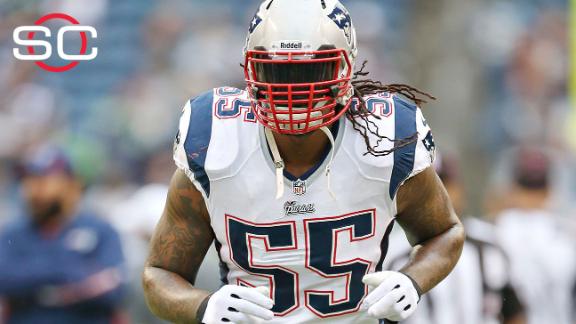 Shortly before 3:30 a.m. ET Sunday, police responded to a report of a 2011 Mercedes Maybach in the median strip. Police said they were notified by a representative of the OnStar on-board navigation system that the driver reported hitting a deer.

When police arrived at the car, the driver was not present. Police said they did not find a deer in the area.

In addition, Procopio said a short time later that police responded to a report of a 2009 Nissan Murano, also on I-495 in the same area as the abandoned car registered to Spikes, whose occupants reported that they had been rear-ended by another vehicle they did not see.

All three occupants of that vehicle -- a 51-year-old man, a 32-year-old woman, and a 12-year-old boy, all of Billerica, Massachusetts -- were transported to an area hospital for examination and treatment.

Police have not filed charges, but are investigating both incidents, including who was driving the Mercedes Maybach and what car struck the Murano. Procopio said the investigation will seek to determine whether there is any connection between the reported incidents. No connection has yet been definitively established.

Procopio said the injuries to the three occupants of the Murano were minor in nature.

Patriots spokesman Stacey James said: "We are aware of the report and are looking into the matter, but I don't have any additional comment at this time."

The Patriots re-signed Spikes, who played for them from 2010 to 2013, last month. The move was a surprise considering how Spikes' time with the team ended and some of his critical remarks about the franchise on social media.

Spikes admitted he was surprised to hear from Patriots coach Bill Belichick this year.

"I just want to show him I've changed as an individual, as a player, as a man," Spikes said last month. "I'm going to just show him; better than just saying it, I'm going to show him."