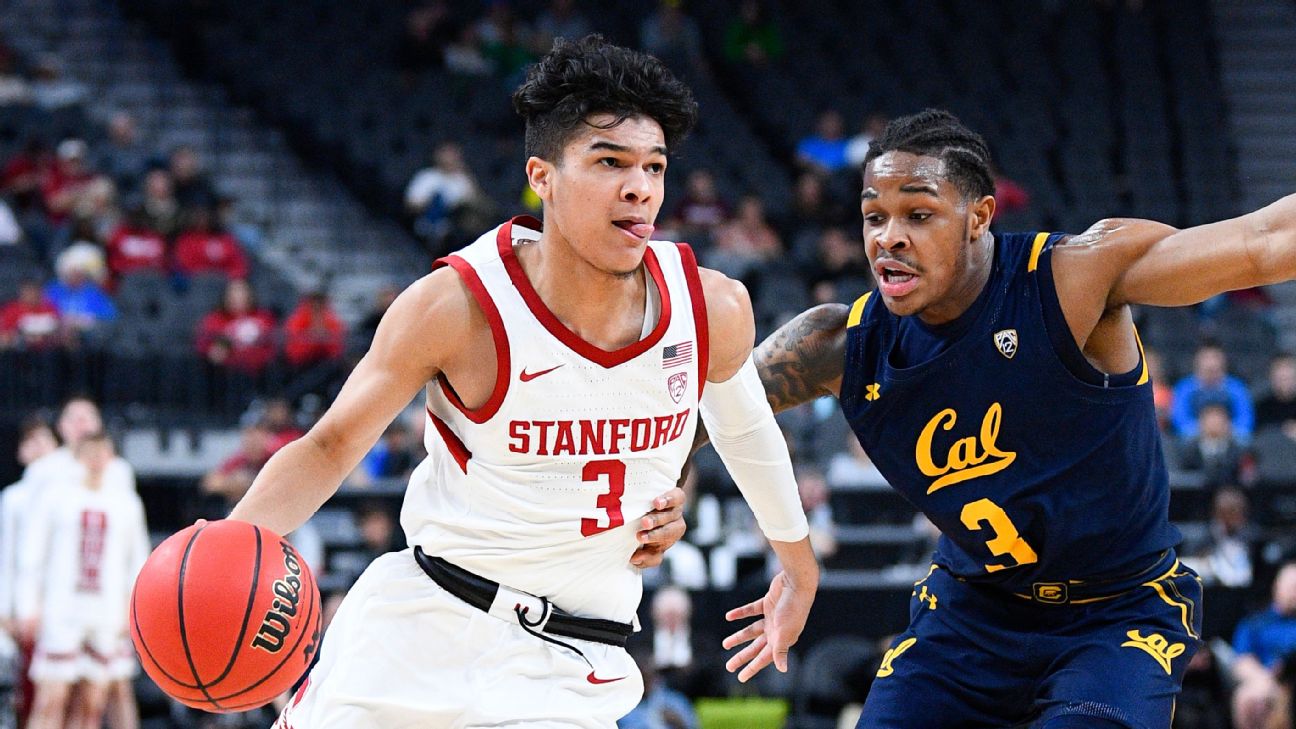 Stanford Cardinal freshman guard Tyrell Terry will keep his name in the 2020 NBA draft, he told ESPN on Friday.

"After talking with those closest to me and careful consideration, I came to the conclusion that taking this next step is something that I'm ready for," Terry said. "I'm confident in my game and ready to compete at the highest level, against the best players in the world, and to learn from the best coaches in the world. I still plan on continuing my education and getting my degree from Stanford. But for now, I'm ready for this challenge".


The NCAA has an Aug. 3 deadline for players to withdraw from the NBA draft and maintain college eligibility.

"I have gotten positive feedback from teams," Terry said. "I've had a lot of interviews and learned a lot from the process. The feedback has very positive -- enough for me to feel confident that staying in the draft this year is the right decision."

Terry, the No. 44 prospect in the ESPN 100, will be the first one-and-done freshman in Stanford history. He was named to the Pac 12 All-Freshman team as well as All-Pac-12 Honorable Mention.

"It was a difficult decision for me considering the circumstances the world is going through right now," Terry said. "No one knows what the future holds with this global pandemic. But seeing how well the NBA has handled everything from the start, and with the bubble going well so far, that gave me confidence in my decision to put my trust in Adam Silver and the NBA leadership."

Terry, a native of Minneapolis, is considered one of the best young shooters in the draft after converting 41% of his 3-pointers and 89% of his free throws this season.

The NBA draft, originally scheduled for June 25, is now postponed to Oct. 16.


NBA front offices have been preparing to make decisions about prospects without a traditional pre-draft process -- which typically includes access to private workouts, a draft combine or pro days -- due to the limitations likely to be in place because of the risks associated with the pandemic, particularly commercial travel.

"For the next 2 1/2 months, I'll continue to train and get mentally prepared for what's ahead," Terry said. "With the combine situation being unknown, not knowing if that will happen or not, all I can do is work hard and stay focused. I've put on a lot of muscle since the season ended, and I'll continue getting stronger every day.

"This time off has given me an opportunity to address my weaknesses, to work on my body, so I'm taking advantage of it. The NBA is a physical league, and I know the seasons can be mentally exhausting, so I'm doing everything I can to prepare physically and mentally for that challenge. There's a lot of uncertainty is in the air, so I'll just continue to control what I can control. Getting drafted will be great, but that's just the start of the journey. No matter where I get picked, I'll put in the work day in and day out to make an impact in this league."

While Terry's departure is a blow, Stanford is still expected to be one of the top teams in the Pac-12 next season after enrolling potential top-five 2021 NBA draft pick Ziaire Williams, the highest ranked recruit in program history, and returning nearly the entire rotation from a team that won 20 games.