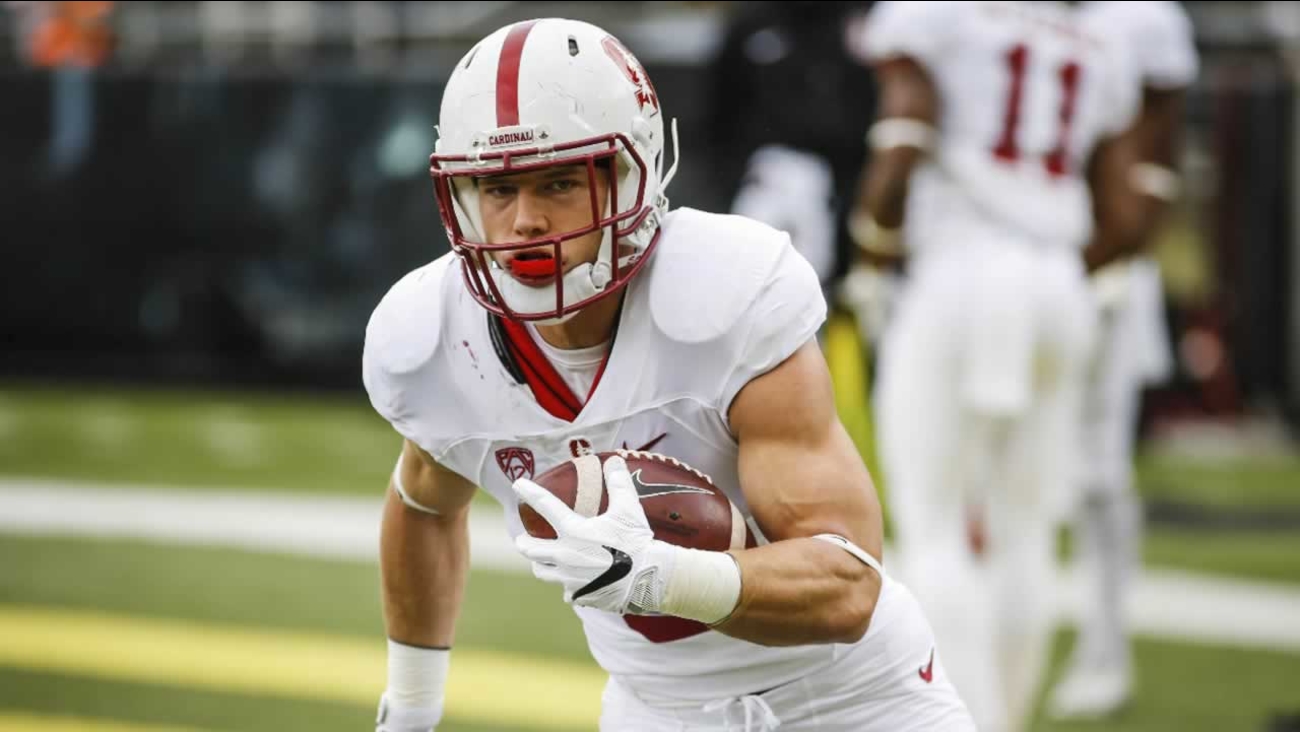 Below is his full statement:

After three incredible years at Stanford, I've decided the time is right to enter the NFL Draft.

Since I was 6 years old, I've wanted to play in the NFL. It's been on every list of goals that I've ever written. Now, it's time to take that step. There's nothing more I can put on film.

I love Stanford more than anything. It will be extremely hard to leave. I feel humbled and inspired every day by the peers who surround me. I came to Stanford because I wanted to be challenged more than I ever have in my life. And that desire is shared by everyone who walks on this campus, by people who literally will change the world.

I plan on getting my communication degree in the future. I don't know when, but I will finish. As soon as my career takes shape, I'll figure out a plan. Stanford does a great job of encouraging former players to return and graduate. Many come back and walk the same halls after their football careers are over to earn their degrees. I want to be that example for the next generation.

I've talked to many in and out of the game and received advice from people whose opinions I greatly respect, including Toby Gerhart, who was here for a game this season. I took their feedback and came to a conclusion: I'm ready.

I talked to Coach Shaw about everything. He completely agreed. Really, it just made sense. The opportunity is right in front of me.

Simply put, this is the best time to live out my dream.

I wanted to get this out of the way so that it's not a distraction to the team. I want to focus, and I want my team to focus, on beating North Carolina. I'm thankful for the chance to get to play another game with my teammates and to work as hard as I can to make that victory possible.

I was blessed to have a bunch of guys surrounding me who made playing football so much fun here -- going to three bowl games, winning a Rose Bowl and conference championship, and setting individual records are secondary to the friendships I've made and the camaraderie we share. That's what's kept me going, working hard with everybody on this team to accomplish something, and going to battle together each week. With them, all the 6 a.m. workouts and 7 a.m. runs in the summer made it all worth it.

There are so many people who have influenced me at Stanford, beginning with the Arrillaga family, who provided my scholarship that has allowed me to be in this position. My coaches have made more of an impact than they will ever know, especially Coach Shannon Turley. He's taught me lessons that I can't thank him enough for -- about football, about life. Our training really does set us up for success because you go through so much that people don't see, and it's not easy. Our coaches put an emphasis on not only being great football players, but being great men.

When you turn onto Palm Drive for the first time, you can't help but think of the possibilities. When you travel that mile past the trees to the middle of campus, that sense of wonder is met with the understanding that you will work hard in the classroom, the meeting room, the weight room, and on the practice field. You also know that the reward -- whether it's an 'A' on a project, or a trip to the Rose Bowl -- will seem greater because of those efforts.

When we played Rice, I thought it might be my last game at Stanford Stadium. After the locker room cleared out and the field was empty, I stepped out to the Block S at midfield and stood there a while.

I took in the moment without anyone there, and reflected on my teammates and all the great times we shared together on that field. I appreciated how far I've come, and how far this program has come.

As I walked off for the last time as a Stanford player, I realized how much I owe this university for how much it's given me. Stanford has taught me more about overcoming adversity and focusing and finishing than I could ever know, and I will carry those lessons forever.
Related topics:
sportsstanford universitynfl draftstanford cardinalnflcollege football
Copyright © 2020 KGO-TV. All Rights Reserved.
STANFORD CARDINAL
Stanford cruises past Washington State 75-57
Da Silva, Cardinal pull away from Washington in 2nd half
Nnaji scores 21, grabs 11 boards as Arizona beats Stanford
Martin scores 24, Arizona State holds off Stanford 74-69
More Videos
From CNN Newsource affiliates
TOP STORIES