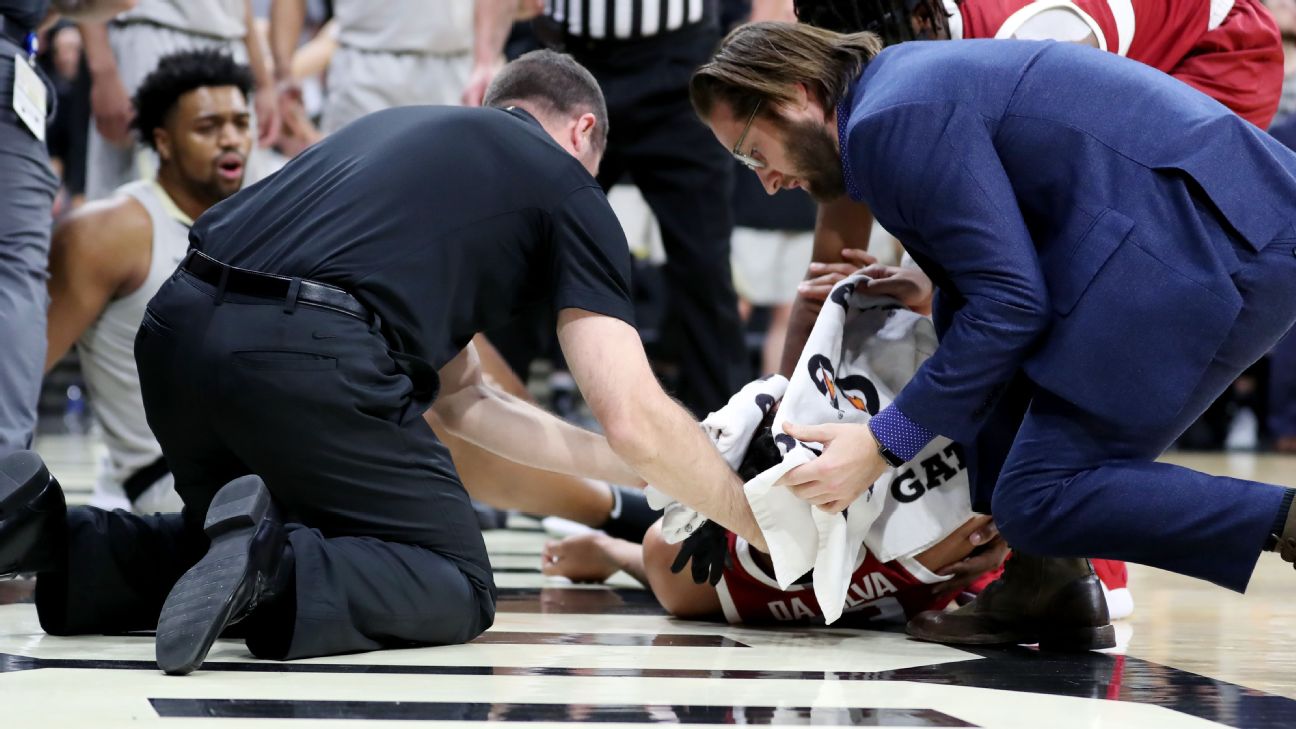 Stanfordbasketball star Oscar da Silva suffered a head laceration that will require stitches after a scary collision with Colorado's Evan Battey on Saturday. Da Silva appeared to hit his head in the fall, and he remained on the floor as medical professionals treated him.

There was blood coming from his wound.

Paramedics brought a stretcher onto the court after the fall, which unfolded midway through the second half of the game, but da Silva instead walked off the court with assistance. He did not return to the game.

He will be evaluated in the near future.

The emotional scene stunned players from both sides. Battey, a 6-foot-8 sophomore, was inconsolable after the play, crying on the shoulder of his assistant coaches. Stanford players took knees and bowed their heads.

During a timeout shortly after the collision, Battey returned to the locker room to try to gather himself. Then players from both teams came together on the court, locked arms and bowed their heads before play resumed.

Da Silva is one of the top players in the Pac-12. He is averaging 16.4 points and 6.5 rebounds for a Stanford team that is chasing its first NCAA tournament appearance since 2014. 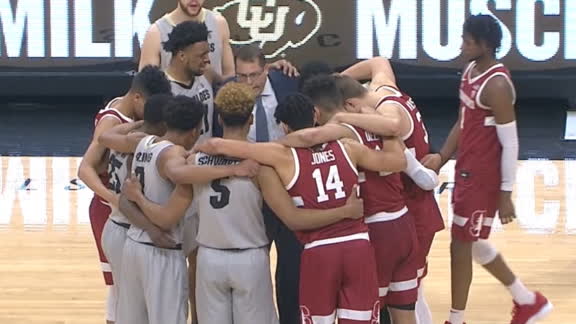 Stanford, Colorado players huddle after da Silva's scary fall
As Evan Battey goes in for a layup he unintentionally drives Oscar da Silva's head into the ground. After da Silva gets up under his own power, players from both teams embrace each other.
Report a correction or typo
Related topics:
sportsespnnewscolorado buffaloesstanford cardinalmens college basketball
Copyright © 2021 ESPN Internet Ventures. All rights reserved.
More Videos
From CNN Newsource affiliates
TOP STORIES
Contra Costa Co. launches vaccination campaign for 65 and older