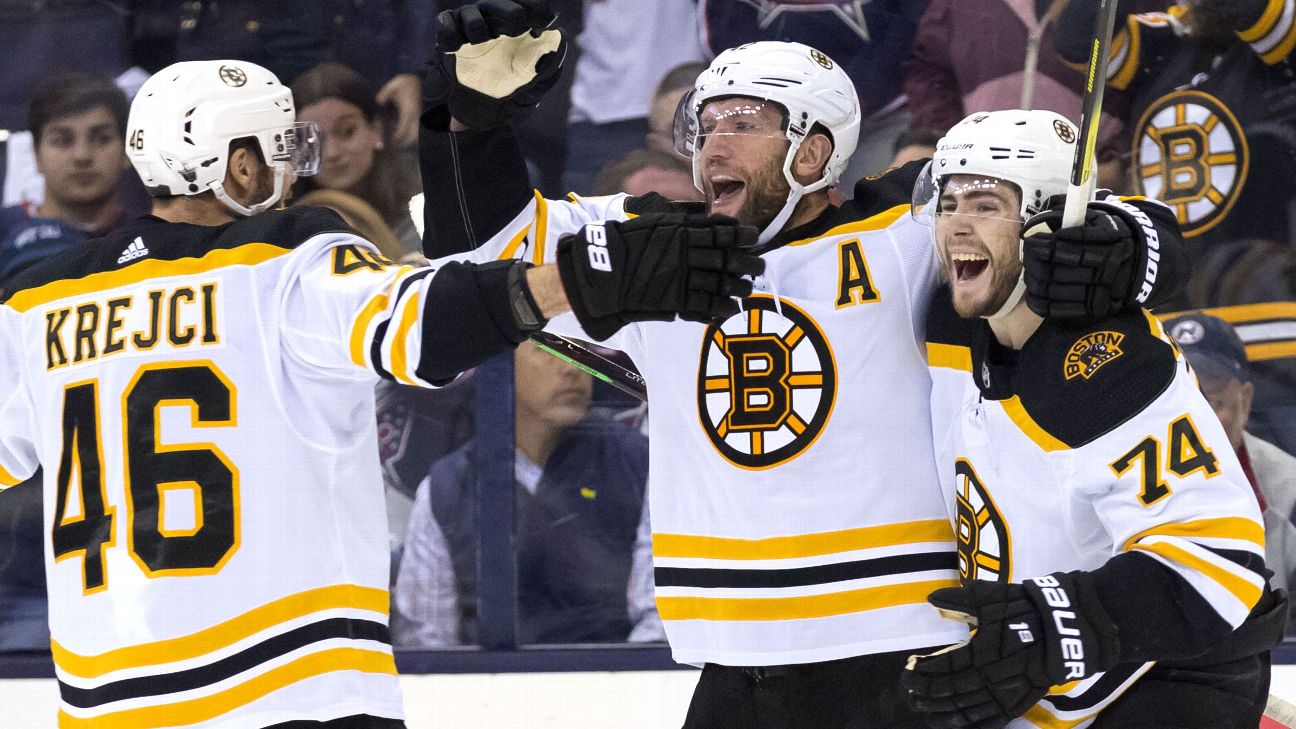 ESPN
By Greg Wyshynski
Fare thee well, Columbus Blue Jackets. It was quite a ride. Meanwhile, the Colorado Avalanche are headed back to California for a Game 7 showdown with the San Jose Sharks.

Play of the night | Today's games | Social post of the day

The Blue Jackets pressured. They pressed. They fired pucks off the goal cage. They peppered Tuukka Rask with 39 shots. And for that effort ... they were eliminated. Rask was next-level good, stopping every shot for a Game 6 shutout. His 39 saves were tied for the fourth most in a series-clinching shutout since the league began tracking shots on goal in 1955-56. On the other end, Jackets goalie Sergei Bobrovsky gave up three goals on 29 shots, including a back-breaker to Marcus Johansson at 8:58 of the third period.

"The second goal ... that one hurts. Because you know what's happening down at the other end," Columbus coach John Tortorella said. The Bruins advance to face the Hartford Whale..., er, Carolina Hurricanes. The Blue Jackets fall in Round 2 after one of the greatest Round 1s in NHL history, and will now likely say goodbye to a few high-profile free agents.

Gabriel Landeskog is a prophet. Before Game 6, he said a key to victory was scoring the first goal, because it's easier to play against the Sharks with a lead. The Avs did. He said it would take more activity from the Avs' defensemen to break through the "swarm real tight down low" from the Sharks. The game-winning goal was assisted by Cale Makar from the blue line. And before overtime, Landeskog took the blame for the Sharks tying the game at 3-3 at 17:32 of the third period on Marc-Edouard Vlasic's second of the game -- the third Sharks goal scored with Landeskog's line on the ice. He vowed to score in overtime, according to goalie Philipp Grubauer (19 saves).

"And he got one," the goalie said. Game 7 is Wednesday night in San Jose ... as is the expected return of Joe Pavelski to the Sharks' lineup, in case this game needed even more drama.

1. Tuukka Rask, G, Boston Bruins. What else can be said about the Bruins goalie? He was the difference in the series against Columbus. According to Natural Stat Trick, Rask had a .955 save percentage at even strength in the last four games of the series against the Blue Jackets. He also stopped 26 of 27 high-danger shots at even strength (.963 save percentage) in that span. The critics are silent because their mouths are agape.

2. J.T. Compher, LW, Colorado Avalanche. Landeskog had the overtime winner, but Compher did the rest. He assisted on Tyson Jost's goal to open the scoring and netted two of his own. Compher infamously slammed his stick against a garbage can in San Jose after Game 5, denting it out of frustration. He should bludgeon the nearest trash receptacle before Game 7.

3. Marc-Edouard Vlasic, D, San Jose Sharks. Known as one of the best defensive defensemen in the NHL, the man they call "Pickles" scored two goals in Game 6, the second one off the skate of Colorado defenseman Nikita Zadorov to tie the game late in the third period. Vlasic entered the night with four career playoff goals in 134 career playoff games. Vlasic had just three goals during the regular season. He now has three in the postseason.

Play of the Night

Dud of the Night

Shoulder targeting the head, not a big deal for the @NHL.>#CBJ>#StanleyCup>pic.twitter.com/BdoW75RLRy - The CBJ Artillery (@TheCBJArtillery) May 7, 2019

It seems every night of this postseason has offered an education about the NHL rulebook and its nuances. Like, for example, when Charlie McAvoy laid out Josh Anderson of Columbus with a hit that primarily made contact with his head late in the second period. It was the kind of hit that should have earned the Blue Jackets a five-minute major penalty power play. Except the officials decided it was an illegal hit to the head penalty, and there is no provision for a major penalty for that infraction -- only a match penalty for intent to injure, a level to which the officials likely felt this play did not rise. But a suspension for McAvoy seems likely.

Ben Bishop said he's "all good" after taking a shot off the collarbone, which is good news for the Stars. He's 3-1 in the postseason following a loss, with a .937 save percentage. He's also 2-0 in Game 7s, with two shutouts. One concern for Dallas: Center Roope Hintz was wearing a walking boot on his left foot on Monday after blocking a shot in Game 6. As for the Blues ... well, they said they're trying to block out the "noise" surrounding Game 7, so to really capture the excitement of it, here's a really lovely video involving a young fan getting surprised with tickets:

A double dose of Brad Marchand. First, the Boston Bruins forward gave a contentious interview to Kyle Bukauskas of Sportsnet after Game 6, with a series of one-word answers. Apparently, this tracks back to a joke Bukauskas made earlier in the series about Marchand getting his skates resharpened after stomping on and breaking Cam Atkinson's stick.

Marchand continued the bit in the Bruins' locker room, and here's a transcript of that exchange.

Honestly, Marchand having gone from licking everyone in sight in 2018 to biting his tongue in 2019 should qualify as growth. 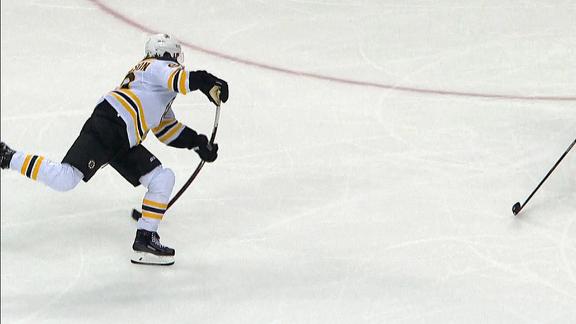 Johansson, Backes score as Bruins advance
Marcus Johansson and David Backes each score in the third period as the Bruins close out the Blue Jackets with a 3-0 victory. 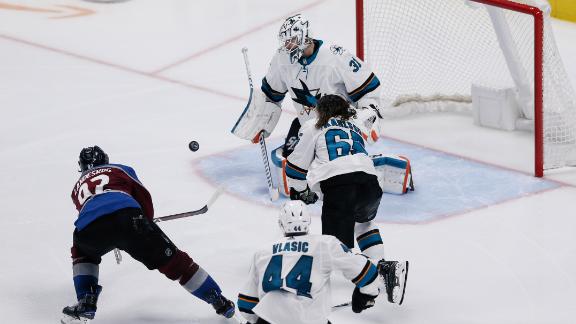