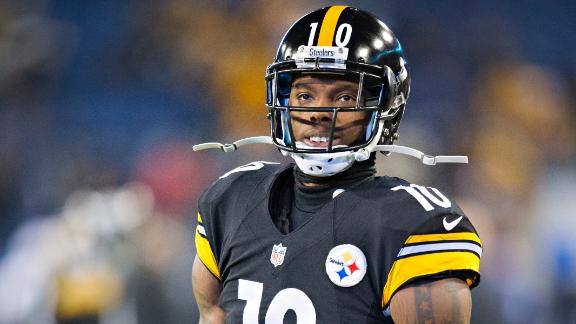 The suspension is for marijuana use, and Bryant is hoping for word on his appeal in the next seven to 10 days, a source close to the situation told ESPN.com's Jeremy Fowler.

Bryant, a fourth-round selection in the 2014 draft out of Clemson, caught 26 passes for 549 yards and eight touchdowns during his rookie season with the Steelers.

Last year, Bryant was only the second rookie receiver since 1995 to gain more than 20 yards per reception (minimum 25 catches). Kenny Stills also accomplished the feat in 2013 with the Saints.

Bryant underwent a minor procedure earlier in training camp for an elbow infection and missed a few days of practice.

The Steelers already will be without starting running backLe'Veon Bellfor the season opener against theNew England Patriotson Sept. 10, when he will be serving the first game of his two-game ban stemming from an August2014arrest on DUI and marijuana possession charges.