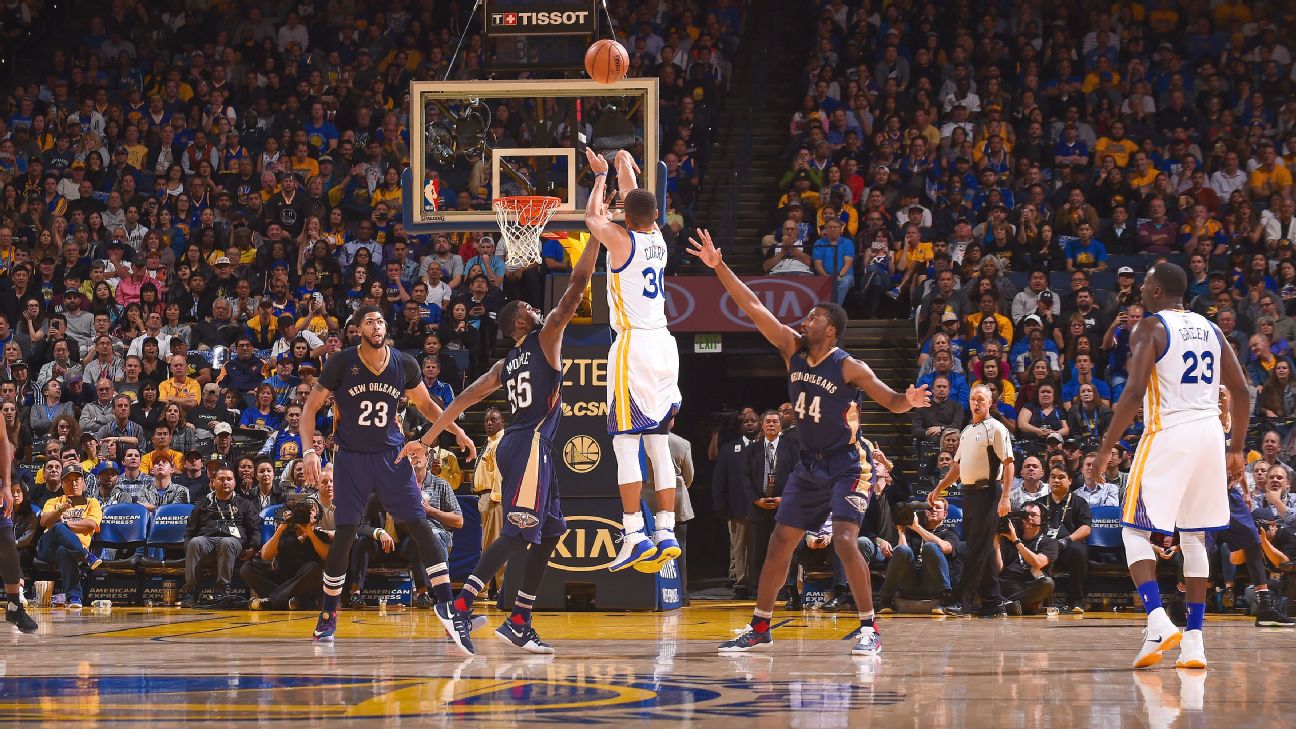 OAKLAND, Calif. -- Although Stephen Curry is shooting 2-for-13 from beyond the arc in the Western Conference finals, he says he's not "losing any sleep" over his offensive struggles.

"I've gone 0-for-11 before shooting 3s and 1-for-8, whatever the case is," Curry said after practice Friday. "I always shoot that next shot with the optimism and confidence that it's going in. So, you can work on stuff between practices and games to get your rhythm, just seeing the ball going in and working on your mechanics, but [I'll] never lose confidence in myself. That'll never change."

In Game 1 against the Houston Rockets, Curry was 1-of-5 from 3 and finished with 18 points; in the next game, he produced 16 points while going 1-of-8 from downtown in a 22-point blowout loss.

The Rockets targeted the two-time MVP on 23 possessions in Game 2, the most he has been targeted in a game this postseason. Houston shot 7-of-15 from the field on those 23 possessions Curry was the primary defender.

According to Second Spectrum, Curry defended 15 isolation plays in Game 1 and 13 in Game 2. Both were more than he had defended in the past four seasons, regular season and playoffs. His coach doesn't appear to be too concerned.

"He's always been an excellent defender in terms of playing the passing lanes, using his quick hands, being disruptive, getting steals and that kind of stuff," Steve Kerr said. "This is a little different series just because they're targeting him so much. We've seen it before. We saw it with Clevelandwith LeBron [James] and Kyrie [Irving]. And Steph has said himself that's the obvious thing to do, because the other four guys are all 6-7, 6-8, long arms. So we're used to that. Steph's used to that. That's how the game's going to be played, and we have to adapt a little bit better."

Curry maintains that he's not dealing with any sort of injury.

The narrative, as the series shifts to the Bay for Game 3 on Sunday, is that Curry is hurting the team on both ends of the floor and that he's the primary reason why Game 2 was such a debacle for the Warriors.

"It's something to talk about and we've obviously lost so you can try to pinpoint several reasons," Curry said. "And obviously, I didn't have to talk to any of y'all to wake up and know that I didn't play well in Game 2. That doesn't change my outlook on the series and what I need to do. If I don't shoot the ball [well], I'm going to, but if I don't shoot the ball well in Game 3, it won't change a thing about how I approach the next one. You come to the game with the right intentions, the right approach and more times than not, it'll work in your favor."

"I knew the last couple of days was going to be about Steph struggling shooting the ball, but then that's the last thing I'm worried about," he said. "I've got so much confidence in him on the offensive side of the basketball. As far as shooting the ball, I said this way before you guys even said that he was the best shooter to ever play. I got confidence in him on that side. I think we all do."

To beat the Rockets in a seven-game series, Curry says he knows he has to play to his potential. Houston will continue attacking him on the defensive end and he'll be called upon to make big shots.

He said he's up for the challenge.