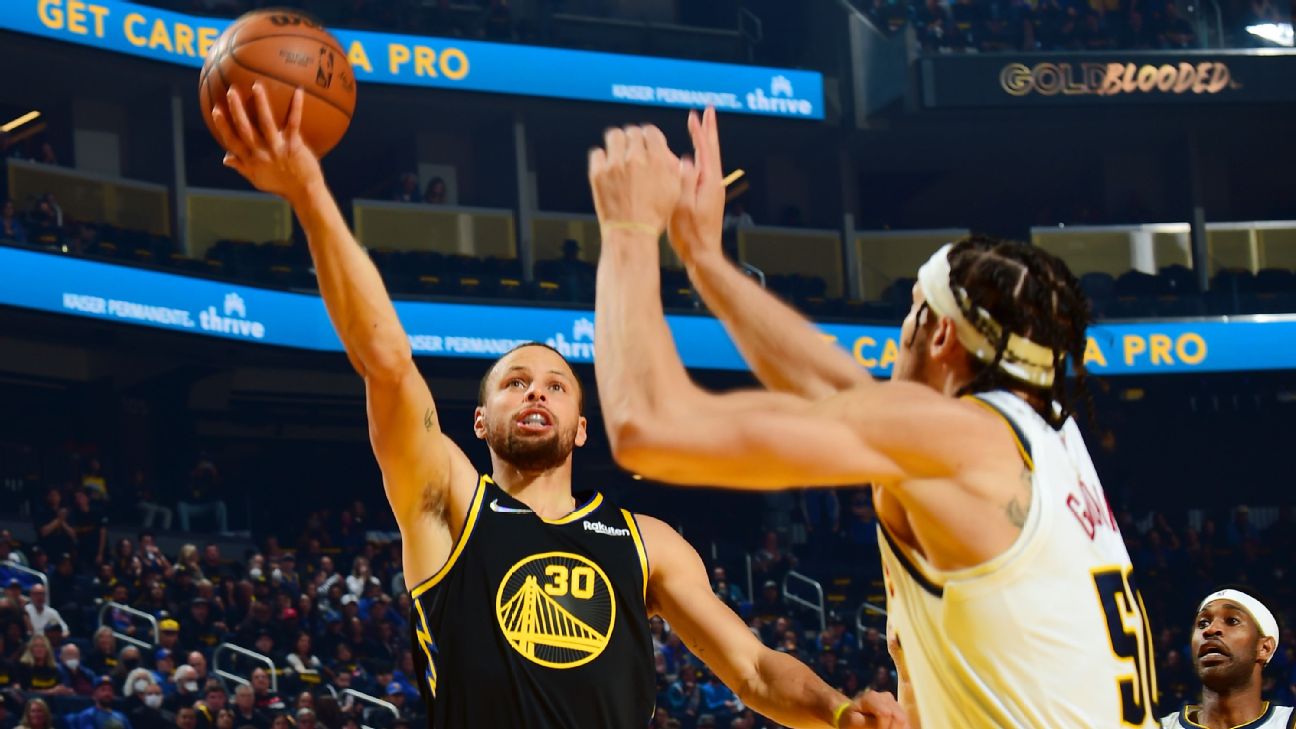 SAN FRANCISCO -- Stephen Curry dribbled through nearly the entire Denver Nuggets team before making the perfect teardrop layup to put theGolden State Warriorsup with 30 seconds left in the game. As he came down, he looked at the audience and put both hands under one side of his head -- signaling to the Nuggets that it was time to go to sleep.

That shot ended up being the dagger that put the Nuggets' season to bed and propelled the Warriors to a 102-98 victory, punching Golden State's ticket to the Western Conference semifinals Wednesday evening by taking the series 4-1.


The Warriors will face the winner of theMinnesota Timberwolves-Memphis Grizzliesseries in the second round, with Game 1 happening as soon as Sunday.

But for the first 30 minutes of Game 5 against the Nuggets, the Warriors looked lifeless. Chase Center was nearly dead. The uncertain and nervous energy in the air was palpable.

"You could tell we were pressing a little bit," Curry said.

"For me, Draymond [Green], Klay [Thompson], [Kevon Looney], we've all been there before and know that feeling and love the competition and the environment. It's also a reminder of like this -- tonight was just a weird feeling because we had not been there in a while. Again, we wanted it so bad. Kind of made it a lot more difficult on ourselves."

At the 6:20 mark of the third quarter, Green hit a 26-foot 3-pointer to bring the Warriors within six of Denver. It gave them their initial push to breathe life back into themselves and the building.

"We went on a run, and we cut it to one, and then they ended up pushing it back to eight. But we knew right there that we had gained the traction," Green said. "We had the game at the pace we wanted to get it at."

The Warriors were down eight points when the fourth started but outscored Denver 32-20 during that final quarter and outshot the Nuggets 63% to 53% from the floor to secure the series-clinching triumph.


The biggest change the Warriors made was getting stops without fouling. Up until that point, the Nuggets had shot 23 free throws to the Warriors' 16.

"Once we stopped fouling, we were able to get the game at our pace," Green said. "It looked a lot more like Games 1 through 3, as opposed to Game 4."

The other key adjustment the Warriors made was going into a box-and-one defense, finally throwing a wrench into the Nuggets' offense. By getting stops without fouling, the Warriors were able to push the pace and play in transition, instead of facing a set Denver defense each possession, leading them into their offensive rhythm.

Curry scored 11 of his 30 points in the fourth quarter and scored or assisted on 10 of the Warriors' 15 shots in clutch time.

"I have so much faith [in Curry]," Thompson said. "Some of the 3s he was making tonight were incredible. And also getting to the rim, making the pocket pass. Steph Curry is a special, special player, and you'll probably never see another player like him again."

Game 5 was Curry's first start of the postseason, also marking the first time the Warriors' newfound lethal small-ball lineup was the starting unit. The unit's first stint lasted just 3 minutes before Looney checked in for Jordan Poole. But because of early fouling, the Warriors didn't go back to that combination much.


The Warriors' biggest game-changer was Gary Payton II, who provided an instrumental boost off the bench.

"I don't know how to begin on that one," Golden State coach Steve Kerr said when asked to describe what Payton brought to the game. "His defense in the fourth quarter was fantastic. That's why I stayed with him. But then he started knocking down 3s and getting to the rim for a couple of layups. I thought he was just a huge factor in the game, and he deserved to stay out there with the way he was playing, so we kept him out there the whole fourth, and he came through big-time."

Payton finished with 15 points on 6-of-8 shooting, including a wide-open 3 to give the Warriors a much-needed 86-84 lead as they entered the final stretch of the game. He hit another 3 to put the Warriors up five with just under a minute left in the contest.

After blowout victories in Games 1 and 2 and then two squeaked-out games -- one win and one loss -- in Denver, all the Warriors had to do was tie the bow on their first-round series against the Nuggets in Chase Center's first closeout game.

Thompson went as far as to say Game 5 was a must-win game. Not in the sense that it was win or go home, but in a way that was clear Golden State couldn't give this Nuggets team any more life by going back to Denver.

The Warriors let Denver stick around more than they wanted to in Game 5, but ultimately, they achieved their goal.

"Hopefully, it's the start of something great," Thompson said. "We're not satisfied, obviously, but it's something we can be proud of. Especially from the last two years being banged up and not having our whole squad together. Now that we are finally nearly whole, it's such a great playoffs again, and we look forward to the next round." 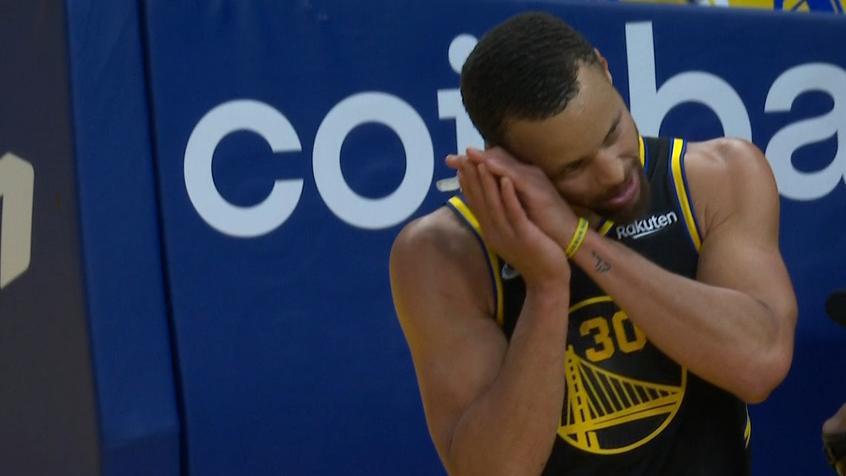