Stephen Curry scores 40 in Golden State Warriors' win despite hip contusion that could keep him o... 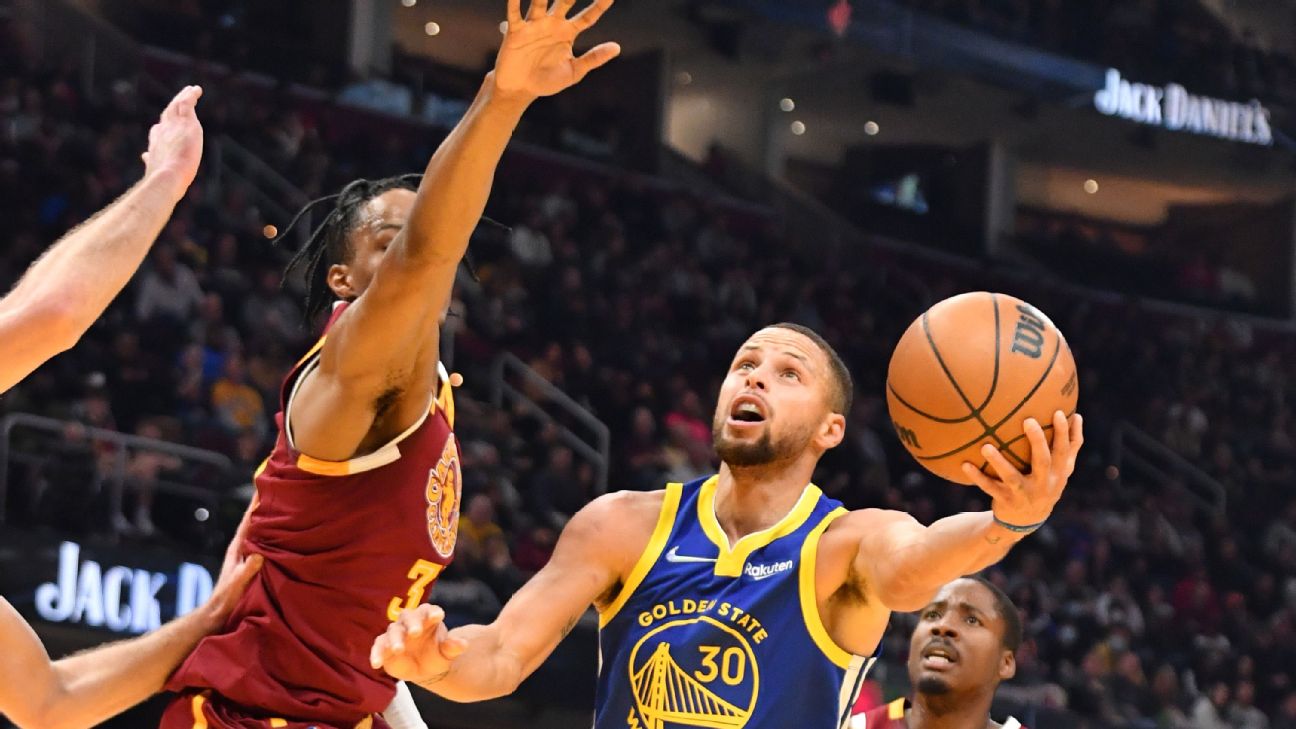 CLEVELAND -- The Golden State Warriors have gotten so used to seeing star guard Stephen Curry dominate on so many levels that nothing he does surprises them anymore. The latest example came during Thursday night's 104-89 win over the Cleveland Cavaliers -- one in which Curry scored 20 of his 40 points in the fourth quarter, propelling his team out of a 13-point deficit and leading the way to a league-best 13-2 record.

"He's one of the greatest players in the history of the game," Warriors coach Steve Kerr said after the game. "And he's the greatest 3-point shooter of all time. And the way he moves off the ball, he's so strong and fluid and he understands the game on and off the ball. And he's fearless. So you throw all that together -- and he's always capable of catching fire like that. As amazing as it was, it didn't shock me because this is what he does."


The fact that Curry did it with a left hip contusion -- an injury that occurred during a collision with Brooklyn Nets guard James Harden early in the third quarter of Tuesday's win and that it could keep him out of Friday's game against the Detroit Pistons--was just another reminder of the greatness Warriors players and coaches see on a daily basis.

"I'll get an assessment," Curry said, while discussing whether he'll play on Friday. "That charge really messed with me a little bit, so I'm just trying to deal with that a little bit. So we'll see how it feels when I wake up."

No matter what Curry and the Warriors decide to do Friday, his performance Thursday was another illustration of how special he can be anytime he's on the floor. Curry went 8-for-12 from the field in the final quarter, dropping in nine 3-pointers for the second consecutive game. It marked the 35th time in his career he scored at least 20 points in a quarter.

"We needed him to get going like that, and he did," Warriors forward Draymond Green said. "That's why he is who he is. That's why he's the MVP of this league. That's why he's been the face of this franchise for years and has led us to so much success."

Led by Curry, who played the final 1:24, the Warriors outscored an undermanned Cavs team 36-8 in the fourth. The two-time MVP said that once he got into his rhythm late in the game he wasn't "thinking about anything" and could feel the momentum on the floor. The confidence he showed permeated up and down the rest of the roster for a Warriors group that looked lethargic most of the night after a strong win over Kevin Durant and the Nets on Tuesday.


"It's like you're getting into a street fight and you've got Mike Tyson on your side," Warriors forward Juan Toscano-Anderson said. "Of course you're going to have all the confidence in the world because you know Mike Tyson is knocking people out. When you've got the best basketball player in the world, and I said this before the season started, I think Steph Curry is the best basketball player in the world, so when you've got him on your team, that gives you all the confidence."

For the second consecutive road game, Curry received "MVP!" chants in the midst of another dominating performance.

"I appreciate it," Curry said. "I don't think about it too much. It is very reminiscent of '14-18 where we had a lot of support and a big following showing up to road games and all that. You want to feed off that and give them something to cheer about throughout the game, or else they're just coming out and you've got a bunch of Warrior mannequins just sitting down, watching. You want to give them something to actually get excited about."

There is plenty to be excited about for a Warriors group that continues to earn attention and respect all across the NBA. With Curry playing at this level, the group feels like anything is possible.

"Nothing surprises me anymore," Kerr said. "And yet I'm amazed if that makes sense. It's still incredible to watch, but you sort of expect it. That's what greatness is about -- where you want to see it, fans come to see it, and then you sort of expect something to happen and then he does it and you're just in awe. You're amazed. He's a special player, special person." 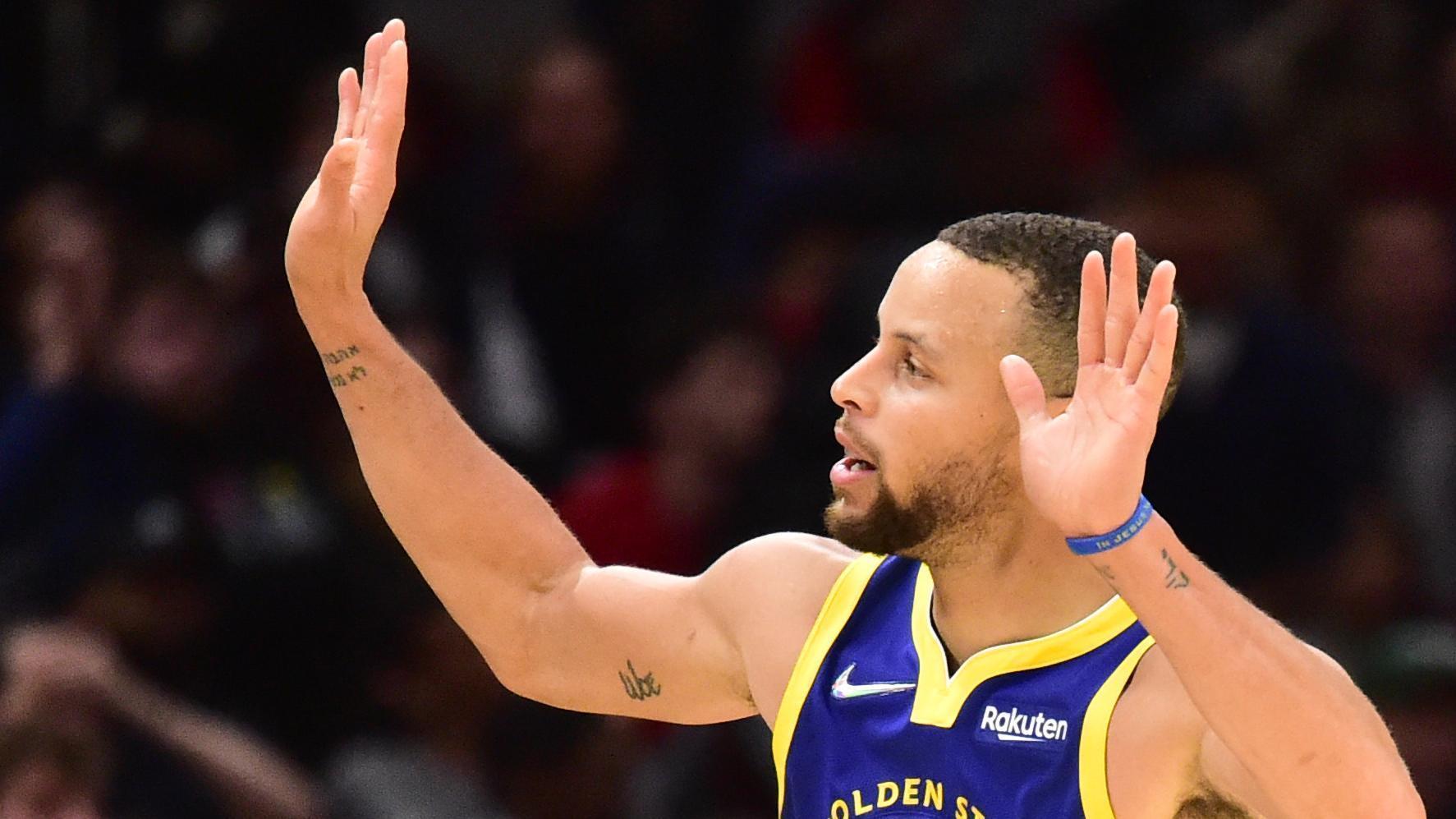