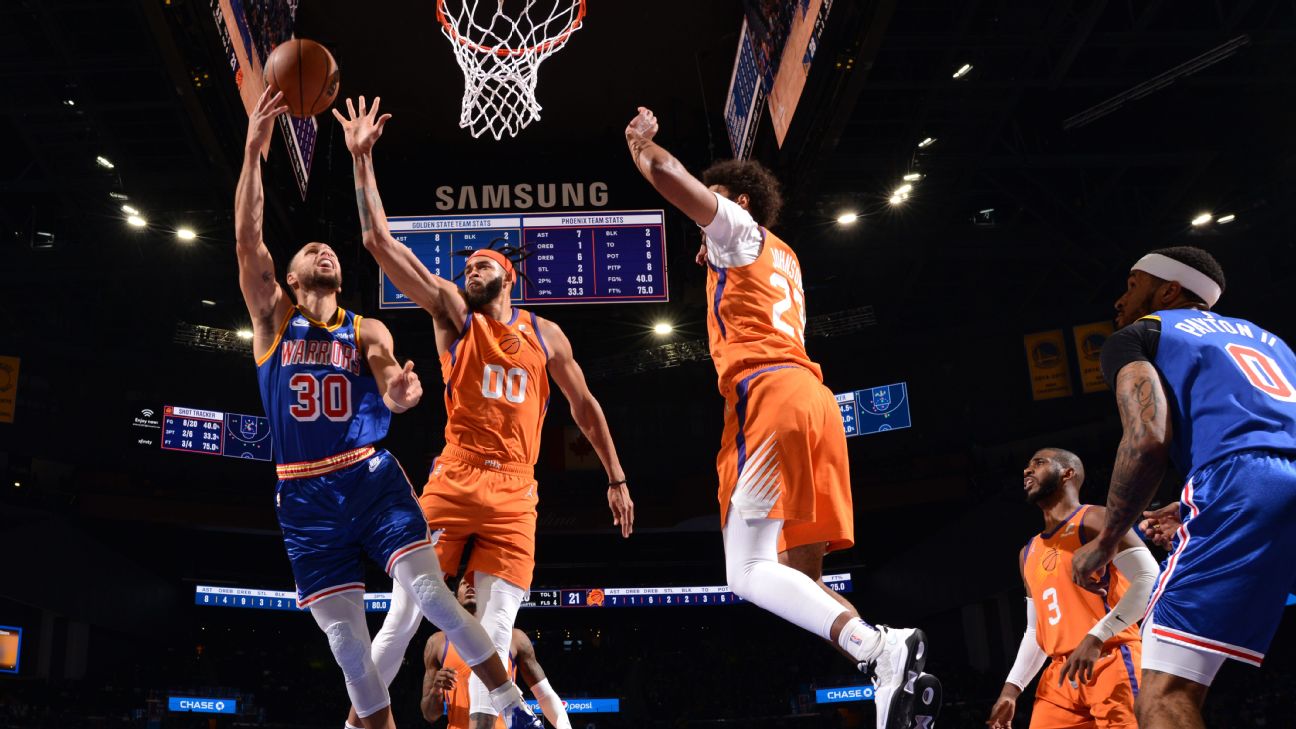 SAN FRANCISCO -- The Phoenix Suns' franchise record 18-game winning streak is over. Stephen Curry and the Golden State Warriors made sure of that by knocking off the Suns 118-96 on Friday night at Chase Center.

Still, as the streak came to an end, Suns coach Monty Williams expressed pride in the way his group carried itself over the past month of the season.


"I think every win is special," Williams said after the loss, which brought the Suns' record to 19-4, second-best in the NBA behind the Warriors. "To me, it was the collective focus that we've had throughout this season, not just the streak. It's only been 23 games, right? So there's a lot of basketball to be played, but when we were 1-3 or whatever it was, there was no panic or 'What are we doing?' We just kind of hung in there and simplified some things and played good basketball.

"And I still think we're playing good basketball. We arguably played the best team in the league tonight, them or us. We're not quite sure who it is. It's good to be in that category."

As usual, it was Curry who set the tone for the now 19-3 Warriors, finishing with 23 points, five rebounds and five assists to exact some revenge for a poor performance in Tuesday's loss in which he went just 4-for-21 from the field and had a tough time shaking Suns guard Mikal Bridges.

Curry also drilled six 3-pointers, leaving him just 28 away from passing Hall of Famer Ray Allen at the top of the all-time 3-point list. He admitted that it was nice to snap the Suns' streak after the way Phoenix took out the Warriors on Tuesday.

"Yes, because we lost to them already," Curry said. "You don't want them to come into your building and keep that streak going. Obviously, it doesn't mean much but just our 19th win, but it is nice to protect your home court. Something's got to give, and we've had a really good home record and nice streak going ourselves in this building, so we'd rather keep ours going than let theirs live."


Aside from Curry's usual brilliance and 19 points from starting swingman Andrew Wiggins, the Warriors picked up a huge lift from a bench that racked up 51 points. Juan Toscano-Anderson had 17 points, providing several big highlights, including a second-quarter dunk over Suns center JaVale McGee that left the crowd roaring as replays played on the video board. Gary Payton II chipped in 19 points and five rebounds.

Playing without star guard Devin Booker (hamstring) and on the second night of a back-to-back, the Suns never found the kind of rhythm on either end of the floor that helped define their winning streak. Center Deandre Ayton finished with a team-high 23 points, but the Suns faded down the stretch against a Warriors group that was hungry to prove they could end the streak and played strong defense throughout the night. Reserve guard Cameron Payne finished just 3-for-17 from the field.

The Suns and Warriors won't see each other again until Christmas Day in Phoenix, a showdown that might have not only Booker back, but former All-Star Klay Thompson, who continues to do a little bit more in practice for the Warriors after being out for two and a half years while recovering from separate ACL and Achilles injuries.

"The winning streak was a lot of fun," Suns guard Chris Paul said. "It's been a long time since we felt a loss. But hell, let's start a new one." 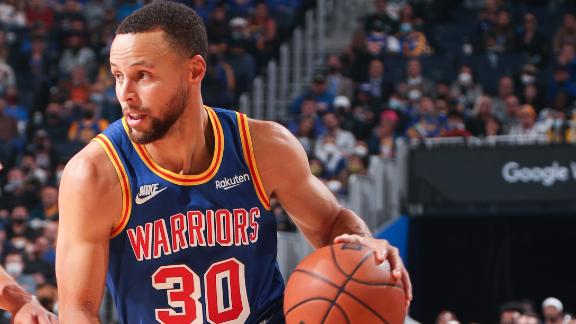