Steve Kerr: Warriors will refocus vs. Spurs after slump down stretch 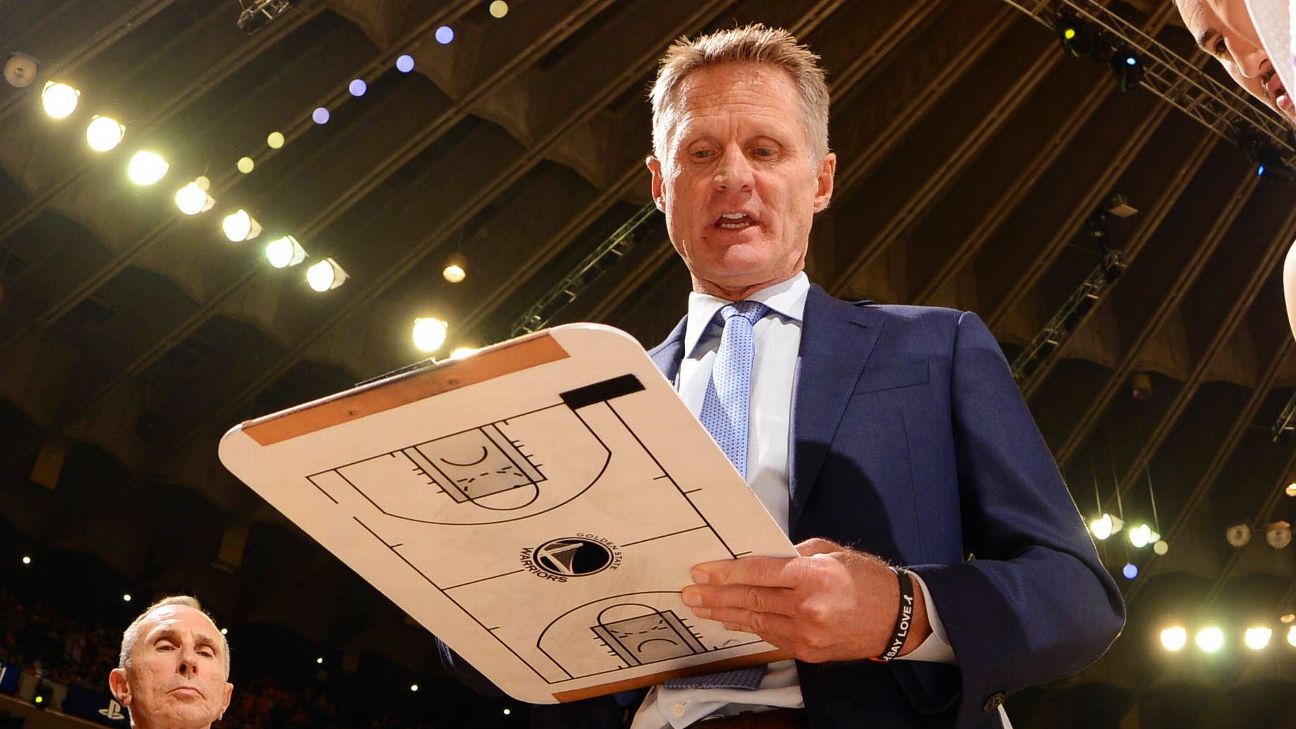 But with their postseason quest toward a fourth consecutive Finals appearance, and potentially their third championship in four years, beginning Saturday during Game 1 of their first-round series against the San Antonio Spurs, Warriors coach Steve Kerr said their poor play over the last month was tied to his team having locked into the No. 2 seed in the Western Conference standings, one spot behind Houston.

"I think part of the problem the last month is we've been locked into the two seed," Kerr said Friday during an appearance on ESPN's The Jump. "Obviously, we've had a lot of injuries, but the games have not been meaningful, and our play and our focus reflected that. The games are about to get extremely meaningful, as we know. I know our guys. I know how competitive they are. I know how talented they are. So I expect things to turn around pretty quickly for us in the first round."

Considering the lack of focus his team has played with lately, Kerr said he's especially glad his team is facing the disciplined Spurs in the first round and that he expects his team's focus will be "great."

"Our defense has to get better," Kerr said on The Jump. "The last month, our defense has really suffered. We just have not been intense enough, and we've been lazy on our rotations, and that has to change, and we know the Spurs are going to make us do that. They bring the best out of you because they're going to expose every weakness you have. I think it's a great first-round matchup for us. It's either going to bring the best of us and remind us of how hard we have to play or totally expose us and prove we're not ready for it. We've got to find out, one way or the other."

"I think we've had two great days of practice," Thompson said. "We've all been waiting for this moment for weeks, and the last month of the season hasn't been our best, but now our record is 0-0, and we get a chance to redeem ourselves. I have amazing confidence in this team if we come with the focus we've had for the past two days."

Warriors star Stephen Curry, who has been sidelined with a knee sprain, was seen off to the side of the Warriors' practice court in downtown Oakland doing lateral movement drills and shooting 3-pointers. Kerr had previously ruled out Curry returning to play at any point during their first-round series.

"If I could just use him as a pinch hitter, come in and shoot the ball and go back to the bench, I'm sure he'd be good," Kerr said on The Jump. "He's not ready. He's nowhere close to being ready to play in a game, but it's good to see him out here getting better."

"I do, I do," Kerr said on The Jump. "We've played over 30 games without Steph this year, so we're accustomed to what we have to do. We had a stretch in December where we went 9-1 without Steph. Our defense was the best defense in the league over that 10-game stretch. That's what it takes."

It wasn't clear who the Warriors would be playing in the first round until late on the last night of the regular season, leaving the Warriors with little time to game plan for one particular opponent.

"It was pretty unique and it's a quick turnaround, because we've got the first game [Saturday]," Kerr said on The Jump. "There's really only two days to prepare. But [it's] same thing for San Antonio. Everybody is basically in the same boat. We'll be all right. We've played them in the playoffs last year and four times this year. We know them. They know us. Two days to prep and you get right into the games, that's fine."

The Spurs are the No. 7 seed in the West, tied for the lowest seed since Gregg Popovich became their coach. The only other time the Spurs were a No. 7 seed was in 2009-10, when they upset the Mavericks in the first round. The Warriors were 3-1 against the Spurs during the regular season -- and in their lone loss, on March 19 in San Antonio, Curry, Thompson andKevin Durantdid not play.

"They're as disciplined as anyone that we're going to face in terms of establishing a style, pace, a defensive awareness and mindset," Kerr said about the Spurs at Friday's practice. "It's hard. When you play them, there's nothing easy. It's not going to be [a final score of] 128-121. It's going to be a grind. So you have to manufacture pace. You have to generate some bursts here and there where you can, but the only way to do that is being really, really solid. That's why I'm really excited to play these guys."

Kerr was also asked about the challenge of winning back-to-back titles, which, for as good as the Spurs have been, is something they've never done. Kerr's Warriors haven't achieved that feat either, but they could this season.

"This first round is obviously crucial for us," he said on The Jump. "We've been floundering quite a bit the last month, but, as I said, we know who we are. We know what we have, and I think if we can pick up that defensive intensity right away in these first couple games, we can quickly recapture who we've been the last few years, and we've got plenty of talent -- we know that. And the playoffs are all about momentum. It's a long haul. So let's find our groove here the next couple games and get things rolling and I think we'll be in great shape." 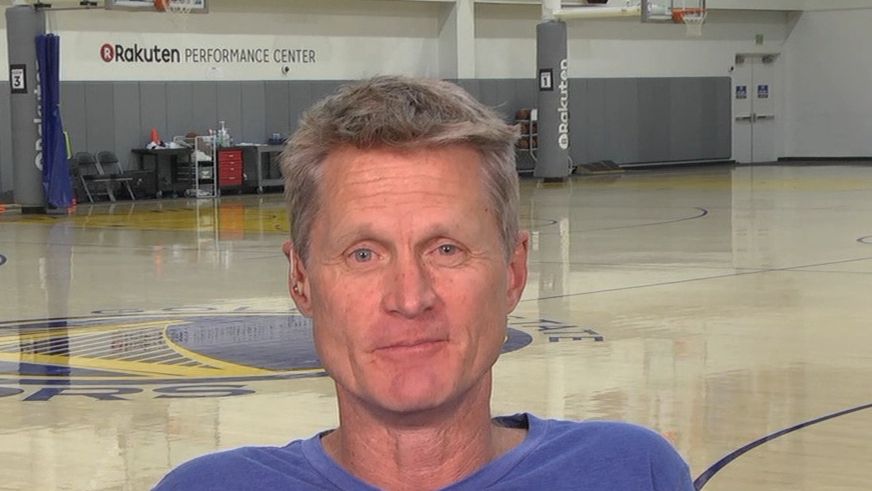 Kerr expects better defense
Steve Kerr is confident the team can win without the presence of Steph Curry but says they have to start defending more intensely.