Steve Smith: No plans to retire 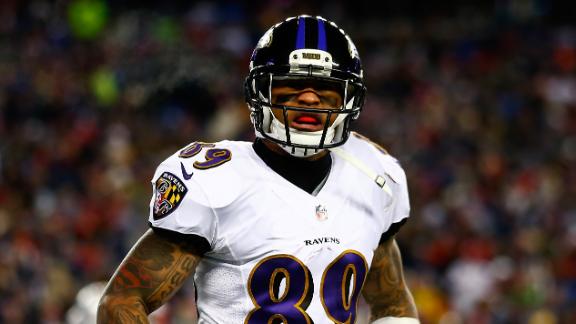 Shortly after the Ravens lost to the New England Patriots in Saturday's AFC divisional playoff game, Smith posted on Instagram that he doesn't intend on retiring and expects to return for his 15th NFL season.

"It was a GREAT season this old man played for you and my teammates," Smith wrote in his post. "I've enjoyed every moment and couldn't have asked for a better fan base. Look forward to a better season next year and watch us go WIN IT ALL."

Smith led the Ravens in receptions (79) and receiving yards (1,065) in his first season with the team. It was the most receiving yards in a single season by a player 35 or older since Rod Smith had 1,105 yards in 2005.

In Saturday's loss, Smith became the 13th player in NFL history with 1,000 career receiving yards in the playoffs.