Strasburg to give up chewing tobacco 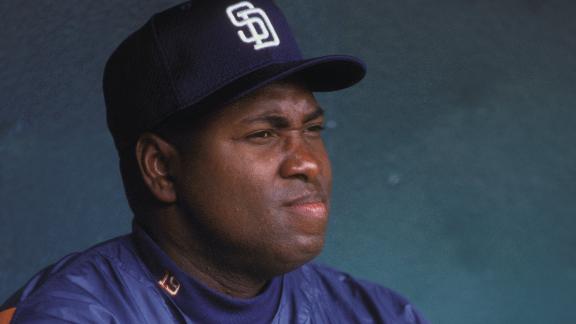 Stephen Strasburg, like his former college teammate Addison Reed, is giving up smokeless tobacco following the death of Hall of Famer Tony Gwynn.

The Washington Nationals ace, who played for Gwynn at San Diego State, told MLB.com he will quit because of his young daughter.

"I think it's a disgusting habit, looking back on it," Strasburg said. "I was pretty naive when I started. Just doing it here and there, I didn't think it was going to be such an addiction. ... Bottom line is, I want to be around for my family. This is something that can affect people the rest of your life. [Chewing tobacco is] so prevalent in this game. It's something we all kind of grew up doing."

Strasburg said he picked up the habit long before arriving at San Diego State and added that he didn't know Gwynn had used smokeless tobacco during his playing days.

Gwynn, who played for the San Diego Padres during his 20-year career, died June 16 after battling cancer. He was 54.

He was diagnosed with cancer of a salivary gland in 2010 and publicly stated he believed it was caused by his smokeless tobacco use throughout his career.