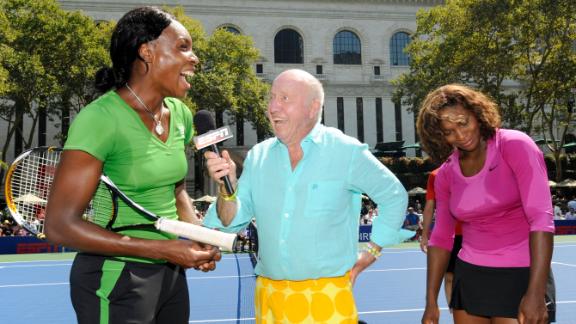 Bud Collins, who wrote his way into the International Tennis Hall of Fame, died Friday. He was 86.

Famous for his deep love of the game and for his colorful -- and sometimes outlandish -- style of dress, Collins was a writer for The Boston Globe and, beginning in 1968, an analyst for CBS and NBC. He helped popularize an under-the-radar sport for the emerging baby-boomer generation.

His wife, Anita Ruthling Klaussen, said that Collins died at home in Brookline, Massachusetts, after suffering from Parkinson's disease and dementia.

In 2015, the United States Tennis Association named the sprawling media center at its US Open site in his honor. The inscription on the plaque reads: "Journalist, Commentator, Historian, Mentor, Friend."

"The USTA is deeply saddened by the passing of legendary tennis journalist Bud Collins," read a statement from the USTA released Friday. "Bud was larger than life, and his countless contributions to the sport helped to make it the global success that it is today. Bud was a mentor to many, and a friend to many more. Our sport was most fortunate to be associated with a man of such character and class, and we were privileged to have had the chance to honor his lasting legacy to the sport by naming the US Open Media Center in his honor last year. He will be sorely missed by all of us who loved him -- and by the sport he loved so dearly."

Collins introduced the intricacies of the simple yet complex game, its heroes and the unrelenting rivalries they produced: Jimmy Connors and John McEnroe, Steffi Graf and Monica Seles, Pete Sampras and Andre Agassi, Martina Navratilova and Chris Evert.

"He had a passion for the game and the players that was unmatched," Evert said. "He brought a bright light and an oasis to the often pressure-filled and ego-oriented world of professional tennis. I would relax around his warmth and wit.

Collins' journalistic reach went beyond tennis. He covered boxing as well and was one of the earlier chroniclers of Muhammad Ali.

Collins wore his heart on his sleeve -- and in those signature vibrant, colorful pants and zany bow ties, his uncommon passion for the sport was revealed.

He was also a media trailblazer. Collins was among the first major sportswriters to transition to television, opening a path for Lesley Visser, Peter Gammons and Chris Mortensen among many, many others. He is enshrined in the International Tennis Hall of Fame and a winner of the nation's highest sportswriting honor, the Red Smith Award.

"Through his writing, his television work, his constant promotion of the game, no one did more to grow the sport of tennis than Bud Collins," said Vince Doria, who worked closely with Collins for more than 20 years, first as sports editor at The Boston Globe and later as senior vice president for news at ESPN. "The world will always view him in that light. But those who knew him best will remember that no one had a better friend than Bud Collins. And no one had more friends than Bud Collins."

Added former TV partner Dick Enberg: "He was as colorful as his trousers, which were his signature. And yet it was really misleading to the average fan. That was his MO for television. In person, he was the quietest guy in the room. He laughed the most at somebody else's comment. He always had a smile and never dominated the conversation.''

He was a man, seemingly, from a different time. His classic prose came from the era of Damon Runyon and Grantland Rice. In his television musings, he would sometimes reference a fictitious "Uncle Studley" and a character named "Fingers Fortesque."

His epic -- "The Bud Collins History of Tennis" -- is the history of the sport.

Collins always called himself a "hacker," but he could play the game, too. He was a nimble athlete who won the U.S. Indoor mixed doubles championship with Janet Hopps in 1961, and he was a finalist in the French Senior doubles with Jack Crawford in 1975. Collins was the tennis coach for five years at Brandeis University, where one of his players was future social activist Abbie Hoffman.

For years, he hosted a media tournament at the US Open in New York.

Collins is survived by his wife, who in recent years helped keep him connected to the sport he cherished, a handful of definitive books and, of course, generations of tennis fans who took their lead from the colorful character with the crazy pants.

"I am heartbroken at the news of the passing of Bud Collins, a great friend to me personally and an irreplaceable presence in the sport of tennis," USTA Chairman Katrina Adams said in a statement. "Bud was truly one-of-a-kind, and his good humor and great grace, coupled with his unmatched knowledge of our sport and his love of it, helped to make tennis more popular and more fun for fans in the U.S, and throughout the world. He was a colorful character, a true gentleman and a passionate proponent of our sport, which was most fortunate to have counted Bud as a member of its family. There will never be another quite like Bud, and I know that our entire sport, its players, and its many fans deeply mourn his passing." 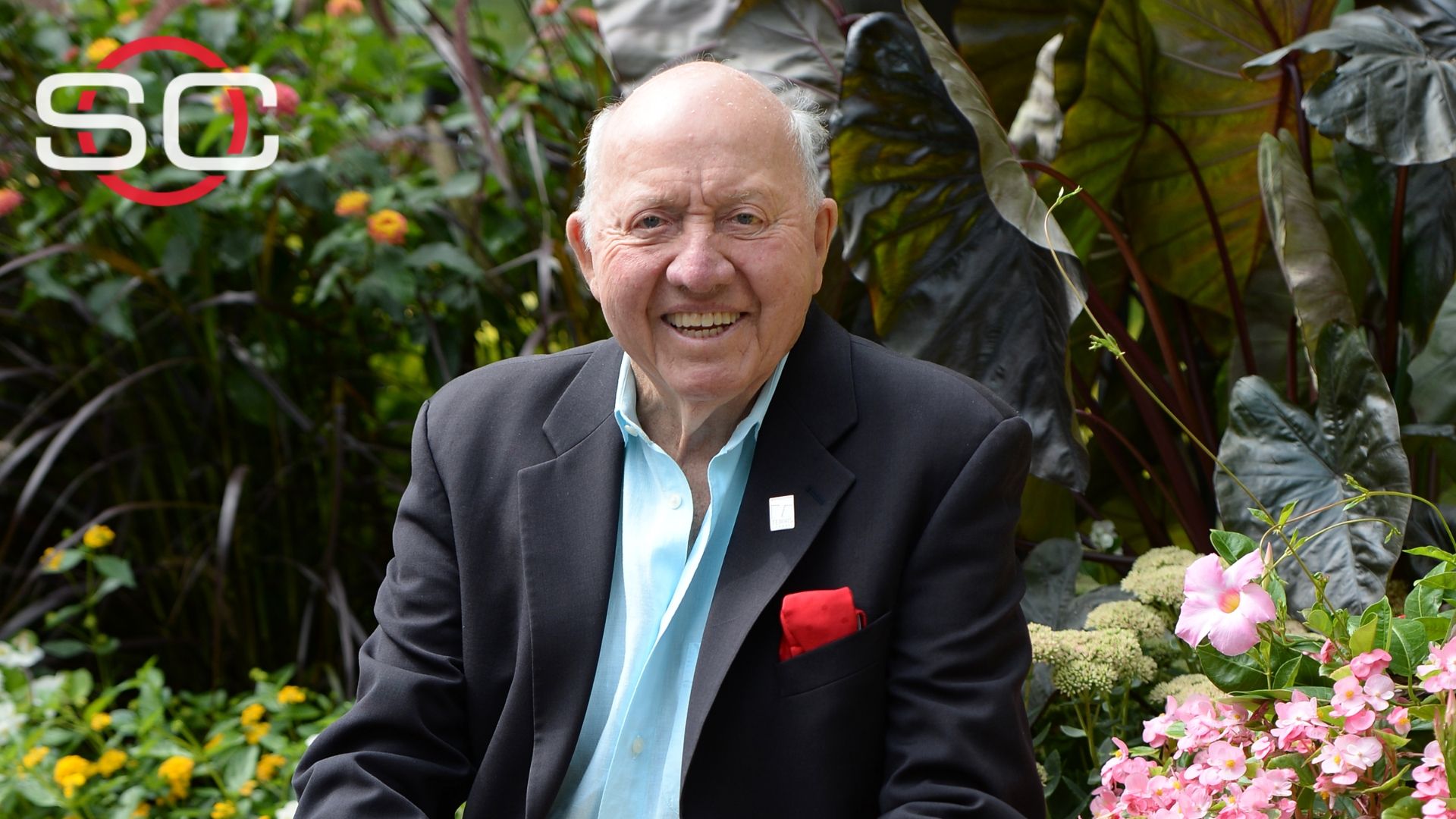 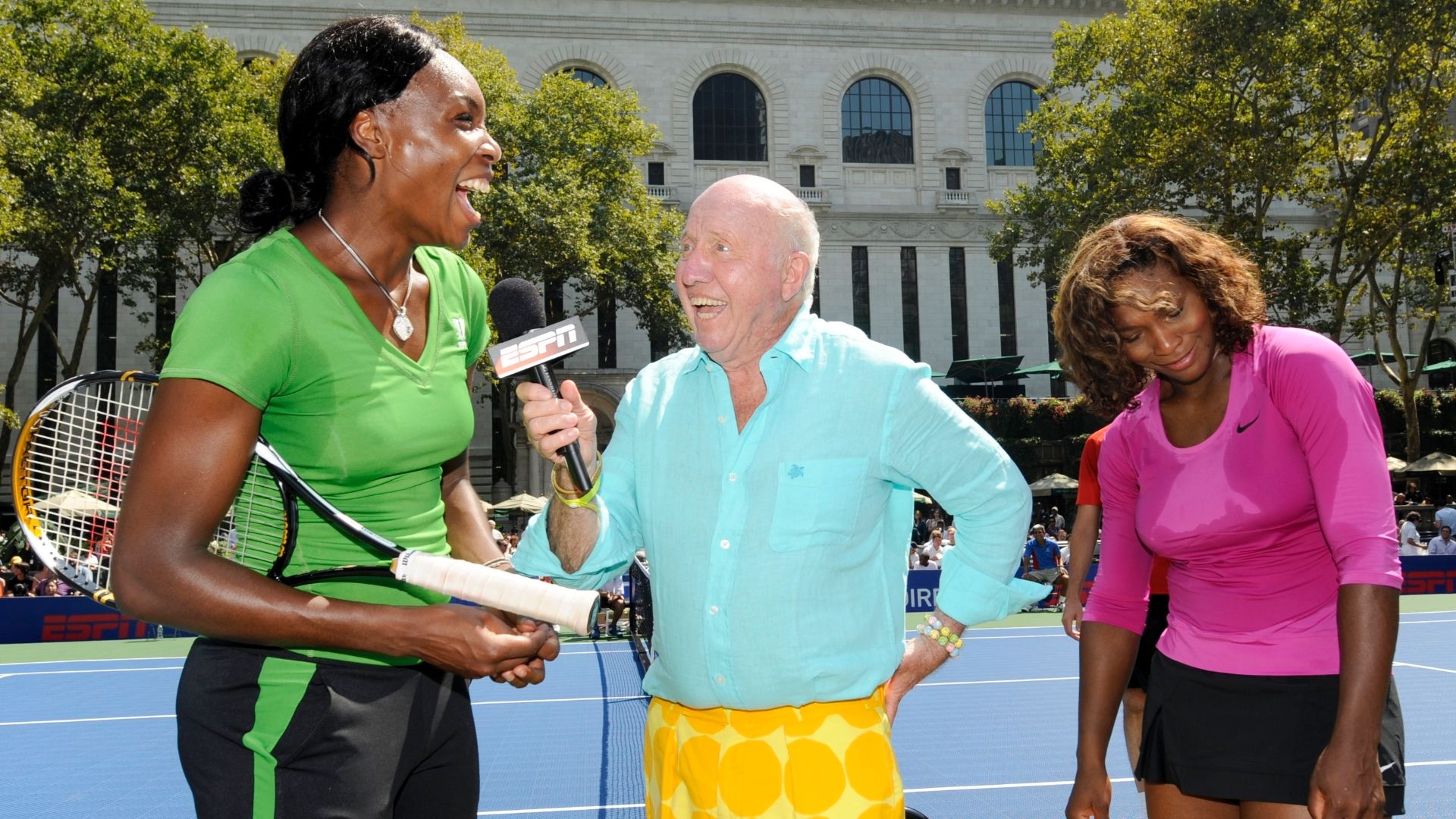