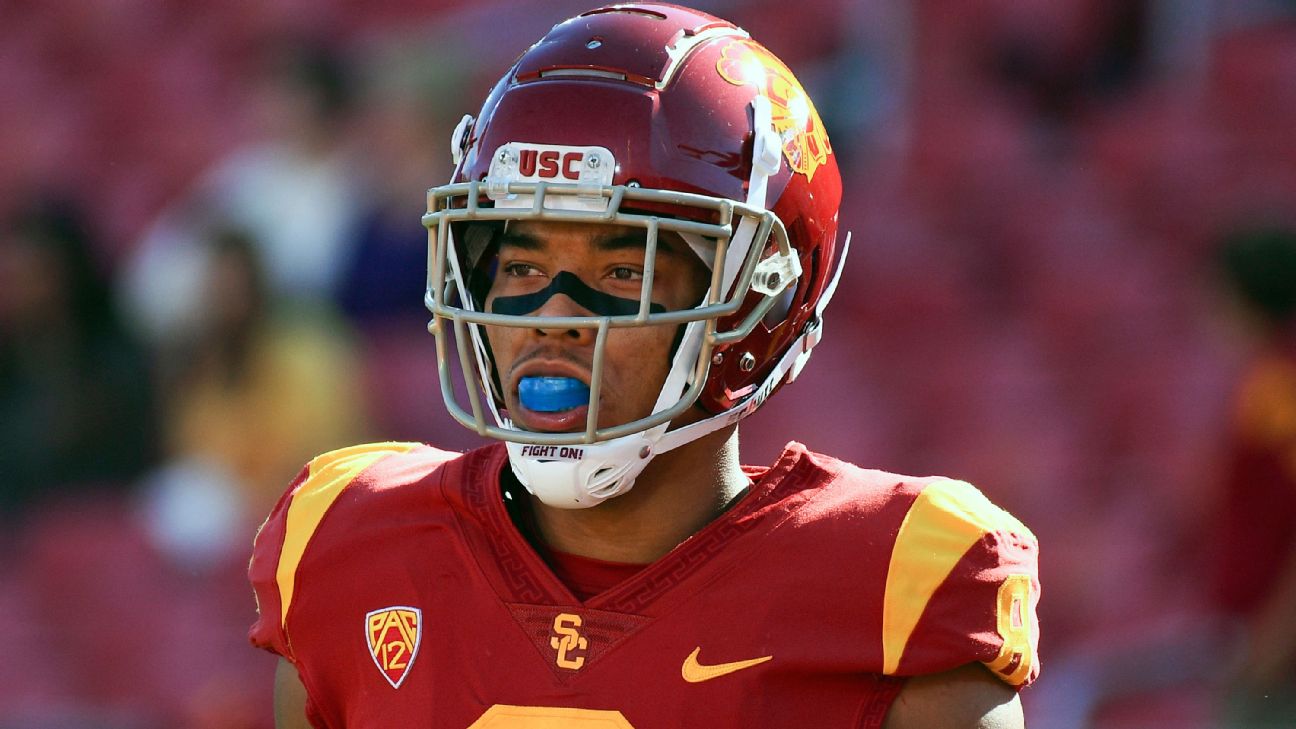 On the morning of Sept. 13, handicapping the probability of a Pac-12 football season happening in 2020 would not have been a straightforward exercise. It had been more than a month since the conference announced it was postponing all athletic competition until at least January because of the coronavirus pandemic. And even though college football was being played in several regions across the country, governmental restrictions in California clouded the possibility for the Pac-12 to reverse course and join the party.

At that point, the conference didn't have much in the way of momentum. Factoring in the amount of time that Pac-12 health officials determined was needed to adequately prepare for a season -- at least a month -- it was clear it was running out of time.


USC wide receiver Amon-Ra St. Brown certainly realized that, which is why he spearheaded an effort by the Trojans' players to draft a public letter to California Gov. Gavin Newsom, released that mid-September afternoon, urging him to amend the state's restrictive health policies to allow college football to return, noting, "As California goes, so too does the Pac-12 Conference."

By the next morning, Pac-12 commissioner Larry Scott was on the phone with Newsom -- their first conversation, according to USC athletic director Mike Bohn. That afternoon, the conference released a statement indicating it had been given reassurances from the state that competition could resume. The season, in some shape or form, was a go.

It is hard to quantify the impact the USC players' letter had on the Pac-12 being able to play this year, but it's fair to at least wonder if the conference would be playing this fall had they not applied the public pressure.

In the meantime, the college football world kept moving. By the time USC and Arizona State kick off in Los Angeles on Saturday at 9 a.m. local time, BYUwill have already played eight games, more than any Pac-12 team will play this regular season.

For a conference that has dealt with a national relevancy problem in the College Football Playoff era, added levels to that equation -- a delayed start, no fans in the stands, fewer games, opt-outs of key players -- make this season more challenging. Even more so than in recent years, the Pac-12 needs marquee teams to bring eyeballs to the conference.

"At USC andOregon -- the two supposed top teams in the Pac-12 -- I do feel like we have a responsibility because a lot of media doesn't really respect the Pac-12," he said this week. "They don't really think we play good football out here. So, I think as a team, as a conference, we all know that and we don't like that. We try to go out there every week and prove a point."

As USC and Oregon go, one could say, so too will the Pac-12 Conference.

St. Brown isn't on an island with his assertion the conference isn't well respected.

"I would say that's probably accurate," Utah coach Kyle Whittingham said. "It doesn't concern me. We have to play our way back into the situation. We've just had a few years where we didn't have an elite team that was able to run the table and get to the national forefront of where you need to get to be selected for the playoff.

"The Pac-12 is an outstanding conference. It's very balanced. It's top-to-bottom one of the best in the country, and sometimes that plays to your disadvantage."

The good news for the Pac-12 is that it's a lot easier to go 7-0 than 10-0, so there's a higher probability that a team can run through the conference schedule unblemished. The downside, of course, is that the shortened schedule will likely, and justifiably, be viewed as negative by the playoff selection committee in the event an undefeated Pac-12 team is being measured against a one- or even two-loss non-champion from another Power 5 conference.

Even under normal circumstances, there's not much real value in a preseason poll. It helps set the narrative for the season, which is fun and an important part of enjoying the sport, but it's largely a crapshoot. And this year, without spring football and with training camps that are closed to the media, there is even less information available.

With that as a backdrop, Oregon, with an unproven quarterback and key players who have opted out, enters its first game ranked at No. 12 and USC, with a coach on the perennial hot seat, at No. 20. By default, they are the teams best-positioned to make some noise for the conference. For the teams that start unranked, climbing into playoff position is even harder, through no fault of their own.

Knowing it needed to get creative to find an audience, the Pac-12 greenlit the 9 a.m. PT kickoff, purposely shining a spotlight on the Trojans in what is expected to be one of their most challenging games of the season. It sets up what will be a marathon of a Pac-12 slate. It's possible there will be a Pac-12 football game on national television for 14 straight hours, with games starting at 1 p.m. (Arizona at Utah), 4 p.m. (UCLA at Colorado), 4:30 p.m. (Stanford at Oregon) and 7:30 p.m. (Washington State at Oregon State; Washington at California).


"All these games become similar to tournament play in the NCAA tournament," Arizona State coach Herm Edwards said. "When you win, you move on. When you lose, you feel like there's not a lot of [room for] error because you're hoping you have a chance to catch up. But with a limited amount of games and every game in your conference -- they're all tough.

The added importance to each game from a potential playoff perspective might be relevant for the teams at the top, but it also makes reaching the title game seem more feasible for those with different aspirations.

The Ducks' matchup with Stanford begins the post-Justin Herbert era in what was the marquee game in the conference for years. Stanford's inability to maintain its status as a national power over the past few years takes some steam out of this year's version, but it would be foolish to count out a David Shaw-coached team, especially given the unpredictable nature of this season.

A loss for the Ducks would be a deflating way to come off their Rose Bowl win and an offseason filled with high expectations, but it's also important to keep some perspective.

"The fact that we're getting to play football now," Oregon coach Mario Cristobal said. "When it was taken away, it was about as gut-wrenching and difficult to take as you could possibly imagine. This privilege of coaching, this privilege of playing is real again and it cannot be and won't be taken for granted." 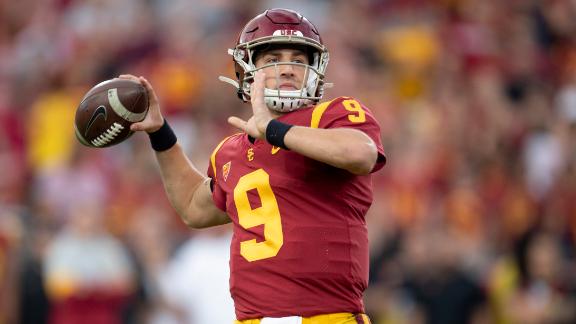 How will shortened Pac-12 season affect CFP chances?
Joe Fortenbaugh predicts the only way a Pac-12 team will make the College Football Playoff is with an undefeated season. 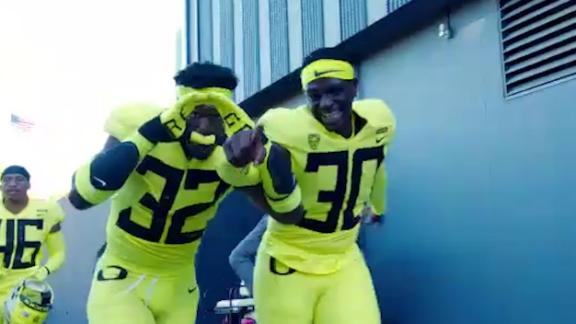