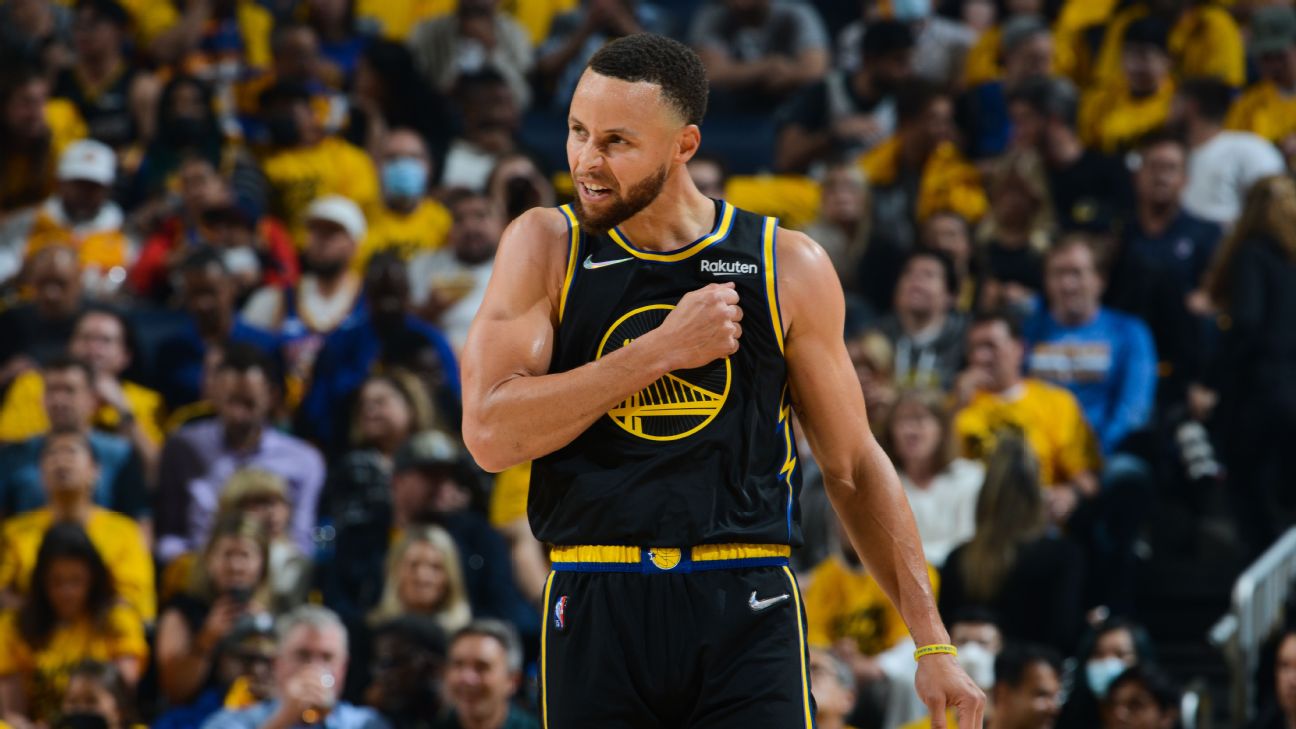 "When I look at some of those guys, you're reminded of how young they are," Curry said, contemplating the NBA's starscape while the Warriors prepared for the Mavericks' arrival in San Francisco. "Jayson Tatum is 24. Luka [Doncic] is 23. Ja [Morant] was 22. That's the only part where you're just like, 'Hell, they're really that young.' You're thinking about what you were doing at that age, trying to come into this scene and [play] playoff basketball."


The NBA has long been a gerontocracy, a league ruled by the venerated vets who school -- and at times torment -- the upstarts before relinquishing the glory. Few NBA stars in recent decades lift a championship trophy until their early prime -- and certainly not without a lot of help. Doncic has designs on accelerating his track, at the expense of Curry, America's longtime favorite little brother who, in a flash, has graduated to elder statesman at age 34.

The Warriors' 112-87 Game 1 blowout win against the Dallas Mavericks at Chase Center on Wednesday night was a timely reminder that, in the NBA, championships are still the finest source of inspiration. Though he was defended by the Mavericks' toughest defensive guard in Reggie Bullock, occasionally blitzed by a second defender, targeted in Doncic's pick-and-roll attack and uncharacteristically inaccurate from the free throw line, Curry displayed the poise and ease of a seasoned player entirely in his element. He led all players in points (21), rebounds (12) and assists (four, tied with four others) in Game 1 of these Western Conference finals, the first time in his playoff career he has done so in all three categories, according to ESPN Stats & Information data.

"We are super comfortable on this stage," Curry said. "There's more gratitude of being back here and more sense of urgency on not letting the opportunity slip away. Who knows how it plays out, but I'm enjoying every bit of this. I knowKlay [Thompson]is, as well, and I knowDraymond [Green]is because we haven't played meaningful games at this time of year in two years. It's special."

The win was neither Curry nor the Warriors' most artful exhibition of their trademark style. They were hasty early, and there were few classic clips of their patented split cut for the vault. Yet there were plenty of instances when the Warriors demonstrated the telepathy that comes with continuity, moments when Green's help defense erased a high-percentage Dallas shot attempt or Curry skirted his way out of trouble courtesy of a pindown from Kevon Looney. The Warriors spent much of the night in transition against a Mavericks team that prefers to let Doncic pick apart possessions in the half court. Thanks to dogged defensive work from Andrew Wiggins, the Warriors made life difficult for Doncic in his first conference finals appearance.

The series opener also was a statement about just how influential Golden State has been on the trends that define NBA basketball, circa 2022. The Warriors beat a Dallas squad that attempted 19 more shots than they did from beyond the arc and ran a 5-out scheme for much of the night to maximize spacing, a practice mastered by the Warriors during their dynasty run. All the while, the Warriors relied on a lanky center with limited range to bolster their interior defense and rebounding, and they took twice as many shots from long midrange than they did at the rim.

For a team that revolutionized the league during the 2010s, Golden State looked positively Jurassic -- and entirely effective.


"Teams kind of run us off the 3-point line," Thompson said. "This time of year -- [coach] Steve [Kerr] always harps on it -- that midrange jump is going to be there. Andrew, Steph and I, [Jordan Poole], it was really working for us tonight."

It's not uncommon for even the most ardent idealists to embrace pragmatism in middle age. During their ascent to greatness, the Warriors broke rules of conventional NBA basketball, rewrote a few others and laid down some new ones. Now, after three years in the wilderness while nursing injuries and losing key contributors, the team has adopted a combination of homespun Warriors wisdom and practical magic.

The Warriors fully appreciate that while Dallas might not replicate the torrid shooting it unleashed on the Phoenix Suns last week, the Mavs also are unlikely to miss more than three-quarters of their attempts from distance going forward in this series.

For his part, Curry -- who graduated from Davidson College last weekend -- seems charmed that he is both mentor and rival to a new class of NBA stars. A relatively late bloomer, Curry marveled at Morant's body of work and leadership during the Warriors' series win over theMemphis Grizzliesin the conference semifinals. Curry also acknowledged that fending off the Grizzlies' young virtuoso in the future won't be easy.

But age also affirms self-confidence. It tells a guy who has won three rings, two MVP awards and changed the way the NBA plays basketball that he can trust his instincts without fail. Age also is a reminder for Curry that the clock is ticking. 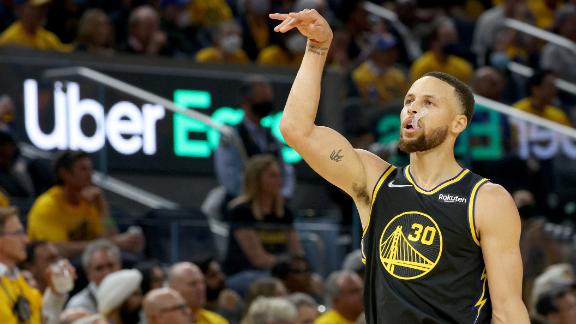