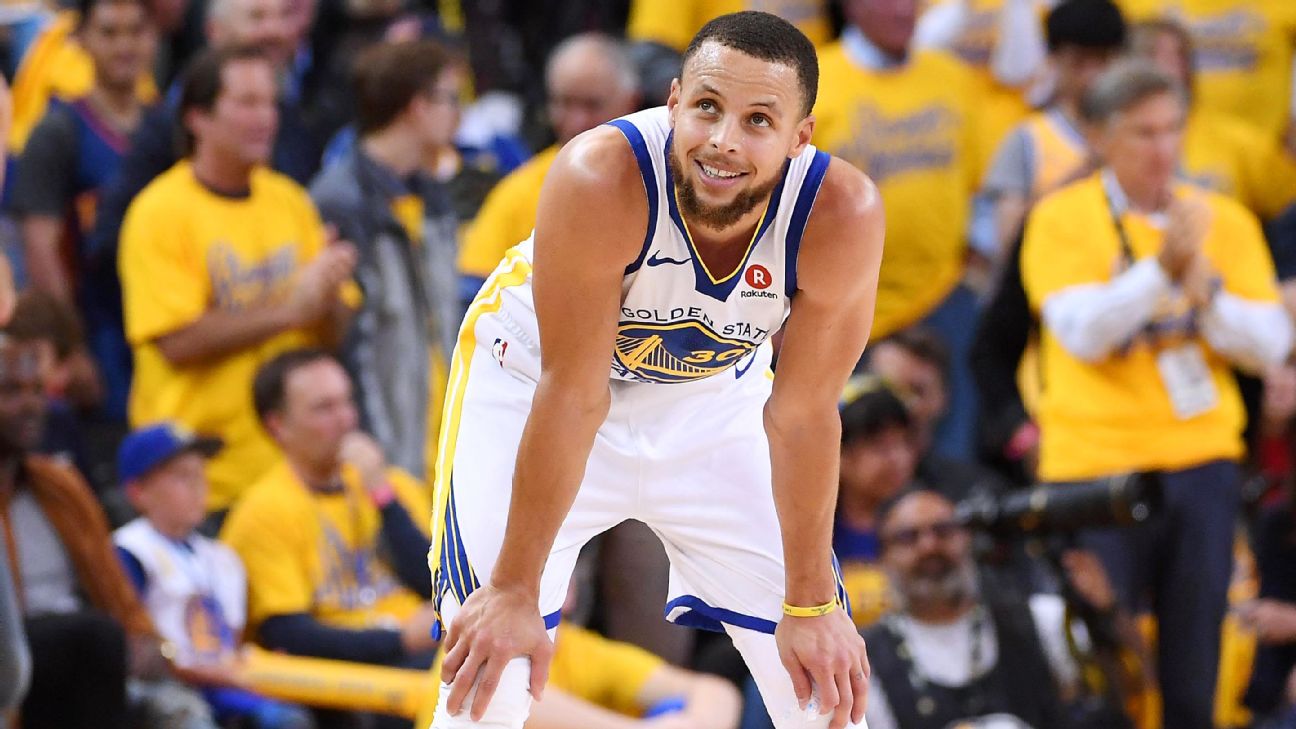 With the league's brightest star power on display for a fourth consecutive NBA Finals as the Golden State Warriors face off against the Cleveland Cavaliers, several of the marketing world's most impactful players will be donning special edition sneakers on the game's grandest stage.

Between both rosters, five players will be wearing their own signature sneakers, with several others expected to be spotted in special edition gold-accented kicks. While we've seen sneakers in a variety of colors throughout the playoffs, the Finals are technically one of just 10 windows during the season in which players can wear special edition pairs in colors outside of their team's uniform hues.

"I think the players love it," said Christopher Arena, the NBA's senior VP of Identity, Outfitting & Equipment. "They're well in tune to footwear culture, and they appreciate that now they have an opportunity to be the trendsetters."

With top Nike athletes LeBron James and Kevin Durant, Under Armour headliner Stephen Curry and Klay Thompson's unique Chinese shoe deal leading the way, we can expect to see a variety of sneakers debuted during each game of the series.

"I noticed last year in the Finals, when I rewatched the games -- I'm on the floor, and every other player had Nikes on," Thompson said after the 2017 Finals while in China. He's signed to a long-term deal with Chinese brand Anta that could be worth up to $80 million.

In last year's matchup, all 13 Cavs wore Nike, while the majority of the Warriors were signed to the Swoosh as well. Thompson's Antas, Curry's Under Armours and David West's Adidas sneakers were the only holdouts in the Nike-dominant series.

This year, there'll be a little more brand variance on hand, as the Cavaliers' dramatic roster makeover and the Warriors' offseason signings balanced out the brand wars. Each team now features 10 players with Nike and three with Adidas. Cleveland's George Hill has a signature shoe deal with Chinese brand Peak, while swingman Jeff Green has long been signed to Jordan Brand.

Before Game 1 tips off tonight in Oakland, here's a preview of what to expect on the feet of the series' biggest stars.

Throughout the course of the season and playoffs, James has worn 51 different versions of his LeBron 15 signature model. Styled in versions celebrating some of his earliest sneakers in the league -- or the shoes of his childhood idols such as Ken Griffey Jr. and Deion Sanders -- Nike's top athlete had a resurgent year with his sneaker line.

He's expected to unveil yet another handful of new LeBron 15 looks during the Finals, some inspired by past favorites of his series, and others in clean black and gold colorways. After unexpectedly debuting the laceless Soldier 10 during the 2016 Finals as the Cavs went on to win the series in historic fashion, James could also debut the new strap-affixed Soldier 12 during this year's Finals.

Throughout his career, KD has been a creature of habit. Early on, he'd often wear just a handful of sneakers during an entire season, preferring the broken-in feel in a league where most All-Stars wear a brand new pair of shoes for every game.

He's been doing his damage all season in his 10th signature shoe from Nike, and while he could debut his new KD 11 during the Finals, it's likely he'll stick with what's gotten him this far.

"If I feel something is right, I just like to stay in it," Durant told FiveThirtyEight's Chris Herring.

While he has a batch of Warriors-themed colorways of the KD 10 on hand, he's been wearing a jumbled multi-colored edition for most of the playoffs. Dubbed the "What The" KD, the playful look is an amalgamation of some of the most beloved themes seen on his sneakers over the years. From the pink "Aunt Pearl" editions honoring his late family member lost to lung cancer to the youthful "Nerf" and "Weatherman" themes seen on the KD 4, the KD 10 represents his journey with Nike through the league to this point.

In last year's Finals, the Warriors' two-time MVP surprised everyone and debuted his fourth signature shoe with Under Armour, the Curry 4. The only issue was they were planned to release in the fall, another four months later.

In advance of this year's postseason run, Curry confidently approved plans months ahead, and decided to launch both a home and away Finals-edition of the Curry 5 during the first week of June -- positive he'd be playing in the league's last round.

With a supportive Anafoam mesh upper and a knit collar that works in tandem with his longtime ankle braces, the Curry 5 is the lightest, lowest and sleekest of his sneakers yet. Look for Curry to be wearing the white and gold edition for home games, and the black and gold on the road, each featuring a gold-splattered midsole and gold-flaked clear outsole.

One of only two players in the NBA signed with Chinese brand Anta, Klay Thompson will have a trio of Finals-ready editions of his signature KT3 model in his rotation. In simple white, black and royal blue base colors, each pair features a gleaming metallic gold support chassis, and his KT logo in gold along the tongue.

For Thompson, the Warriors' run of Finals appearances has exploded his brand overseas, where he tours annually all throughout China and is one of the most popular NBA players. While he only sells a few thousand pairs of his signature KT sneakers in the U.S., Thompson has sold more than a million pairs in China throughout Anta's more than 9,000 retail stores.

"Winning is so fun. It overcomes any stats or any individual accomplishment," Thompson said. "They really appreciate the teamwork and they love winners."

After starting out his career by predominantly wearing LeBron's sneakers, Green switched just before the opening game of the 2015 Finals and has never looked back during his matchups against Nike's top signature athlete.

An All-Star in every season since his first Finals foray, Green has also seen his profile elevated with the brand, as he's now become the face of several Nike team models, complete with his own custom "DG23" logo. He's alternated between headlining the Hyperdunk and Zoom Rev series in every Finals since 2015, and he is expected to be wearing this white, gold and blue edition of the Zoom Rev 18 for Game 1. Once the series shifts to Cleveland, you can look for Green to be wearing a similar look in black and gold, with royal blue accents.

If there's one player in this series who we absolutely can't predict ahead of time, it's definitely Swaggy P.

So far during the playoffs, Young has worn retro editions of some of Adidas' most iconic 1990s and early 2000s models, with "Still Swaggy" stitched in. He's also headlined player exclusive colorways of the brand's new Crazy BYW X silhouette, featuring his cult clothing line "MOST HATED" in a repeat print along the side, and his own Swaggy P logo on the tongue.

He's even pulled out a red pair of Gilbert Arenas' second Adidas signature shoe from 2008, a rare official collaboration with Japanese restaurant Benihana that surely didn't match the Warriors' home uniforms. As the series gets underway, there's no telling what Young has in store for his very first trip to the NBA Finals. 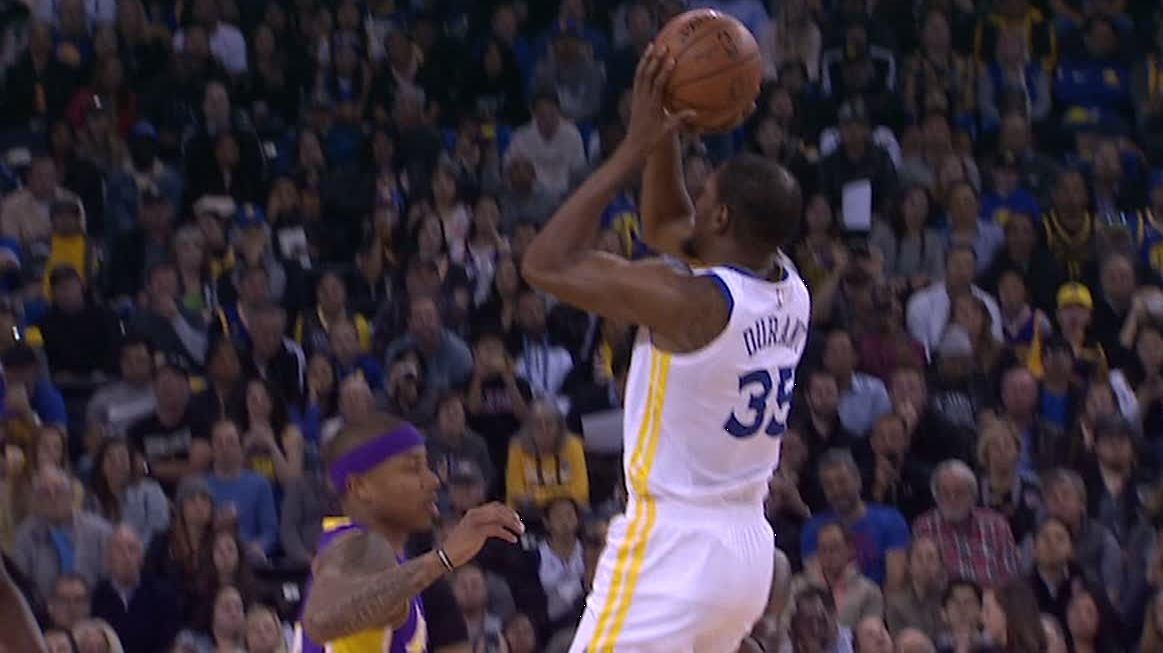