The special edition sneakers stars wore in the NBA Finals 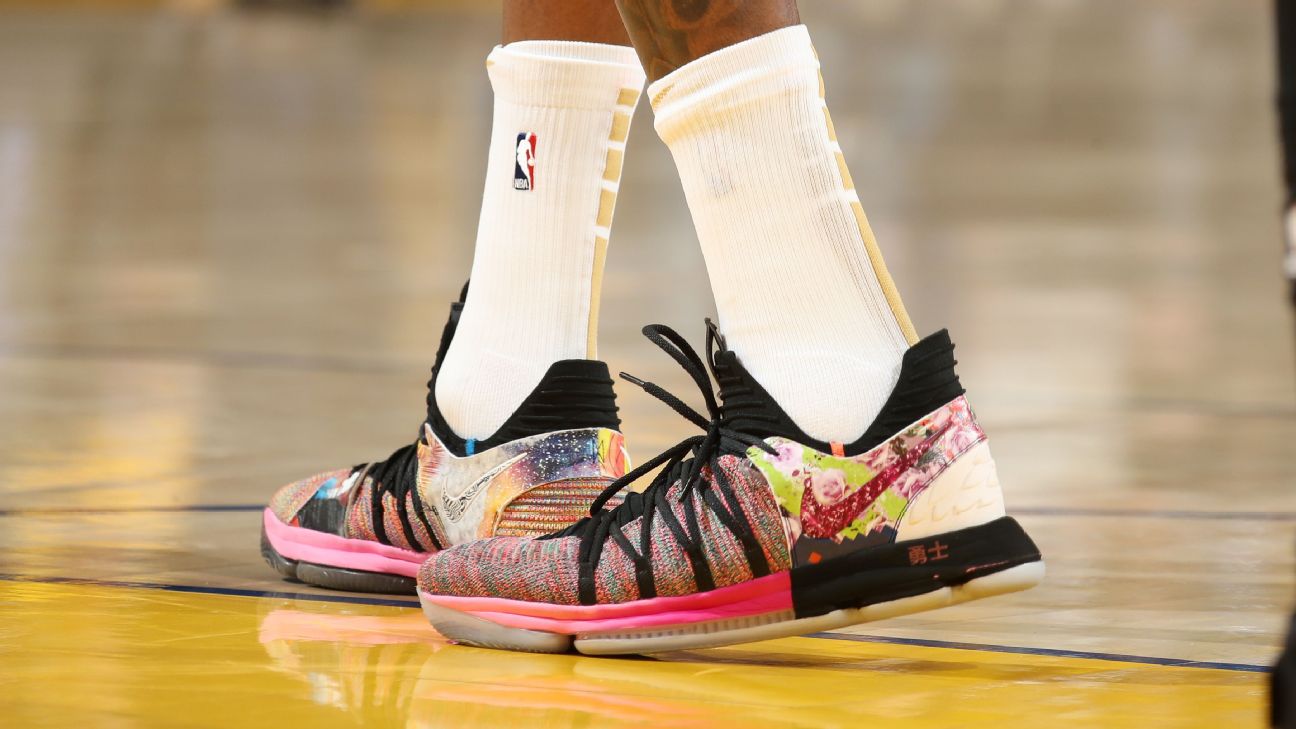 Throughout the swift sweep of the NBA Finals, several of the league's signature stars donned a new batch of gold-accented sneakers, well prepared for the added global visibility of the league's most inevitable matchup.

LeBron James continued his flurry of debuting new editions of his LeBron 15, bringing his grand total for the season to 55 different versions of his latest signature model that saw the hardwood. Styled in simple white, gray, maroon and black base colors, each pair worn by James throughout the series was accented by a gleaming metallic gold midsole and heel tab, and later hand-scribed with his familiar string of personal expressions, motivational phrases and family shoutouts.

Opposite James was Nike's other top signature player, though Finals MVP Kevin Durant decided against debuting his upcoming KD 11 model, opting to continue wearing the well-worn KD 10 that has fueled him throughout the season.

The biggest debut of a new model from Golden State's end could be seen on the feet of Stephen Curry, whose Under Armour Curry 5 carried a confident "Takeover" theme. Rather than wait to see how the series progressed, as most brands do, Curry signed off this past December on releasing both the home and away editions during the opening week of the Finals. That confidence was also seen throughout the series, and just after the final buzzer sounded, the brand launched a celebratory commercial to highlight Curry's three rings.

For Nick Young, the Finals were undoubtedly a platform he was excited to embrace. On display throughout each game was an array of random and vintage pairs from Adidas Basketball's 2000s era and more recent signature models. While also donning Dwight Howard's TS Pro Model and Derrick Rose's DRose 3.5 sneakers, Swaggy P made his biggest splash with a pair of China exclusive TMac 5 Retros from Tracy McGrady's series, along with a decade-old pair of Gilbert Arenas' second signature sneakers.

A chrome platinum version from 2008, limited to 1,000 pairs, the original Gil II Zero sneaker was a collaboration with streetwear brand UNDR CRWN made to celebrate the bling era of the decade. Also featuring a basketball net graphic along the panels, the shoes were originally designed by UNDR CRWN founder Dustin Canalin, who has long had his imprint on designs in basketball culture.

All year, Young has been spotted in several limited editions of the second Adidas Arenas model, like the "Black President" and "Benihana Hibachi!" themes, each designed by Canalin. Coincidentally, Canalin now works at Nike and led the team of uniform designers that created Golden State's beloved "The Town" jerseys, which were worn for Game 2.

As Klay Thompson took the floor for the opening Finals game, he was spotted in a white colorway of his third signature model with Chinese brand Anta, splashed with a black Chinese character graphic along the upper of each shoe. While abstract in execution, the phrase represented the concept of being "the bravest in the army," a tie to Thompson's longtime embrace of being a key cog and sharpshooting role player for the loaded Golden State roster.

While his teammates continue to find success with more traditional shoe deals at stateside brands, Thompson's Anta deal will extend through the prime of his career and could be worth up to $80 million because of bonus incentives tied to Golden State's winning ways. Part of a two-shoe championship pack, 400 pairs of the special edition KT3s are expected to release in China at Anta stores in the coming weeks, in tandem with Thompson's upcoming tour there.

The chance to be the leading face of a global brand that boasts more than 9,500 stores all over Asia has allowed Thompson to take his marketing profile to another tier overseas, rather than get lost in the shuffle with a U.S. brand, had he gone a more predictable route.

"I knew with Anta, I would have so much input creatively. I was going to hopefully be the Michael Jordan one day of Anta," he said just after signing his long-term extension last summer. "That really resonated with me, and knowing that I could be really big in China, that was really cool to me. The shoe market sometimes is overflooded in the States, and I thought, 'Well, why not branch out and be global.'"

In addition to the several signature stars headlining the series, the Nike-dominant rosters also featured a variety of exclusive gold-laden sneakers from the likes of role players on both teams. Tristan Thompson, Kevin Love, JR Smith and Jeff Green each debuted new custom shoes in Cavs hues, while Draymond Green unveiled a new metallic gold look for the Zoom Rev 18 model, complete with his own "DG23" logo along the tongue.

Check out all of the best sneakers worn throughout the 2018 NBA Finals, and vote for your favorite pair below. 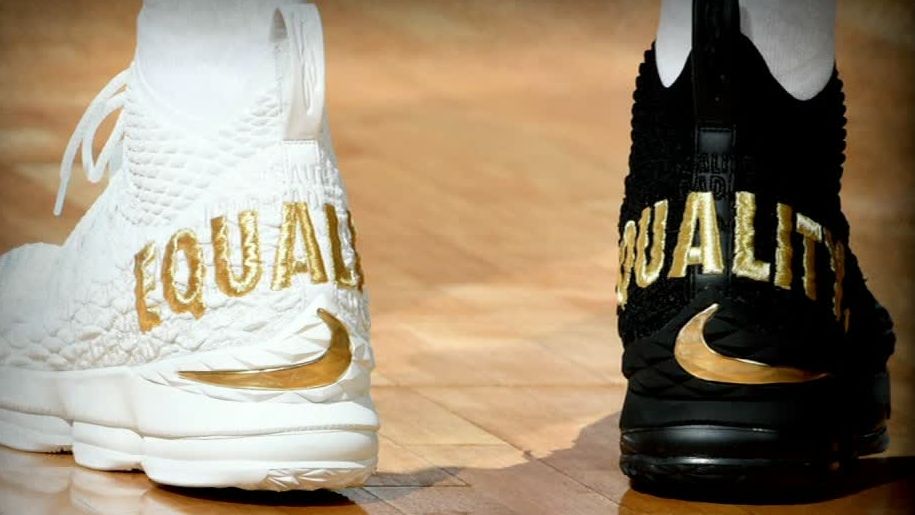