Tiger to start year in Phoenix 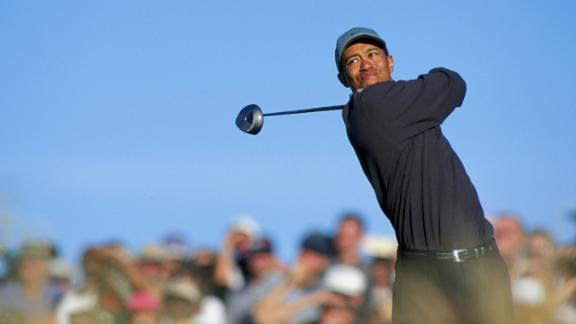 Tiger Woods will make his 2015 debut at the Waste Management Phoenix Open, a tournament he has not played since 2001.

He also announced on his website Friday that he will play the following week at longtime favorite venue Torrey Pines, where he has won eight times, in the Farmers Insurance Open.

"It will be great to return to Phoenix," Woods said. "The crowds are amazing and always enthusiastic, and the 16th hole is pretty unique in golf. Torrey is a very important place to me. My pop took me there when I was younger and I have a lot of special memories of watching the tour play there when I was growing up."

Woods played just nine times in 2014 due to back issues -- including surgery -- and has competed just once since missing the cut at the PGA Championship in August. He had a relatively successful return last month at the Hero World Challenge, although he tied for last in the 18-player field.

There had been considerable speculation about where Woods might start the new year and if he would add an event to his traditional stop near San Diego.

The tournament attracts some of the biggest galleries of the year, typically in excess of 500,000 for the week. A thunderous, raucous gallery of more than 15,000 spectators usually converges on the par-3 16th hole that Woods referenced. Woods made a hole-in-one at the 16th in his 1997 appearance, one of three he has made in his career.

He has played the tournament twice, the latter two of which had spectator incidents, including an orange thrown onto a green in 2001. Woods has not been back since, despite two top-5 finishes.

The Super Bowl is also in town and will be played on Feb. 1, the day of the final round.

Woods said on Twitter that the tournaments would be fun.

At Torrey Pines (Feb. 5-8), Woods has won the annual tour event seven times, including 2013. Last year he played poorly, barely breaking 80 in the third round and missing the 54-hole cut. It is also the site of his last major championship title, the 2008 U.S. Open.

Woods, who turned 39 on Dec. 30, has not won since the 2013 WGC-Bridgestone Invitational. It was his fifth win of the year and eighth over two years. But back issues began bothering him soon after, and he was not fit physically throughout 2014, his worst year as a pro.

A Good Sign For Tiger Woods And Golf
Andy North discusses Tiger Woods' decision to make his 2015 debut at the Waste Management Phoenix Open and to play Torrey Pines the following week.

Tiger Should Start 2015 In Phoenix
ESPN.com's Michael Collins explains all the reasons it makes so much sense for Tiger Woods to start his 2015 season at the Waste Management Phoenix Open.