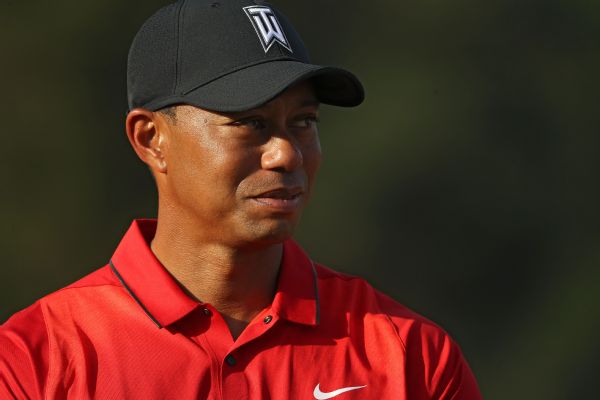 Tiger Woods made his return to competitive golf next week official on Friday by committing to the PGA Tour's season-opening Safeway Open in Napa, California.

It is the first tournament of the 2016-17 season and Woods' first event since the 2015 Wyndham Championship, where he tied for 10th more than a year ago. Since then Woods had endured a slow recovery and rehabilitation from two back surgeries in September and again in October of 2015.

The PGA Tour announced the commitment.

On Sept. 7, Woods announced it was his "hope" to return at the Safeway Open, the Turkish Airlines Open next month and the Hero World Challenge, an 18-player tournament his foundation runs in December.

But Woods never formally committed to the Safeway, a procedural move that is required by 5 p.m. on the Friday prior to the tournament week. Such commitments are not binding -- players can withdraw at any time.

When Woods tees off in the first round on Thursday, it will have been 417 days between official tournament rounds. Woods, who was ranked No. 1 in the world for a record 683 weeks, is now 767th. He was 257th following the Wyndham.

"My rehabilitation is to the point where I'm comfortable making plans, but I still have work to do," Woods said in a statement on Sept. 7. "Whether I can play depends on my continued progress and recovery. My hope is to have my game ready to go.

"I'm looking forward to going to California for my foundation event (at Pebble Beach from Sunday-Tuesday) and Safeway. I'm also excited to return to Turkey and Albany (in the Bahamas). It could be a fun fall. It was difficult missing tournaments that are important to me, but this time I was smart about my recovery and didn't rush it."

Woods was at Hazeltine National last week as a vice captain to U.S. Ryder Cup captain Davis Love III. Although he was visible and spoke afterward about being honored to one day be considered to be captain, he did not address his health or whether or not he would play next week.

The Safeway tournament has nonetheless been advertising Woods' participation, along with that of Phil Mickelson, who welcomed Woods' return and said he hoped to be grouped with him doing the first two rounds.

The Turkish Airlines Open, Nov. 3-6, is the first of three European Tour events known as the Final Series. Woods played the tournament in 2013 and tied for third. He is likely getting an appearance fee to compete.

The Hero World Challenge, Dec. 1-4, is an 18-player event that invites players based on the world rankings and major championships. Woods has an exemption as tournament host.