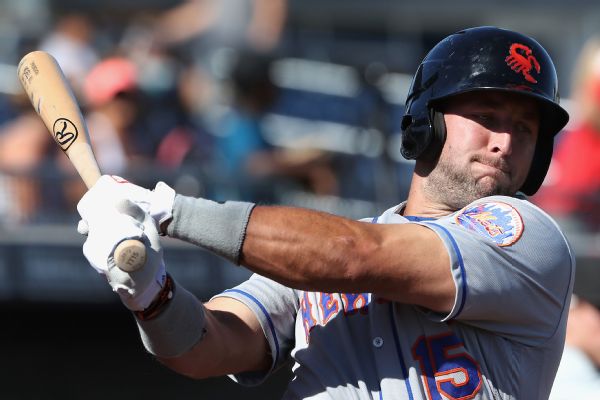 The Mets said after the game that Tebow's injury is just minor irritation and he is day-to-day.

Tebow had reached on a fielder's choice and then attempted to steal. He was thrown out after the slide and popped up holding his right leg, according to the website. He walked off under his own power and was removed from the game.

Tebow was returning to action with the Scottsdale Scorpions after performing his weekend college football broadcasting responsibilities with ESPN.

Manager Tom Goodwin said he did not expect to know more about the severity of the injury until Tebow returned to the ballpark Tuesday.