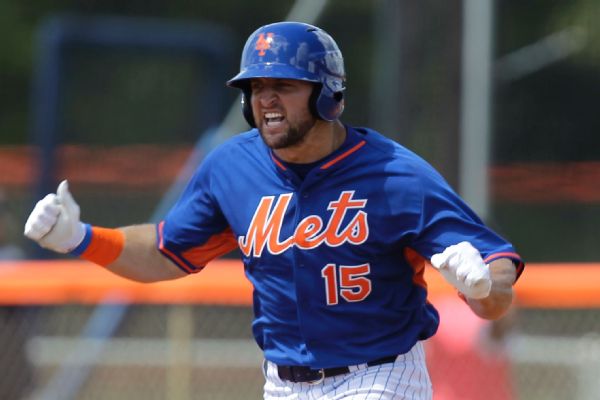 NEW YORK -- Former NFL quarterback Tim Tebow's performance with Mets farmhands in the instructional league was strong enough to warrant him continuing his development in the Arizona Fall League.

Tebow will report Sunday to the Scottsdale Scorpions.

Mets farmhands will be paired with prospects from the Diamondbacks, Yankees, Phillies and Giants on the Scottsdale team. Mets first base/outfield coach Tom Goodwinis expected to manage the Scorpions once New York's playoff run is complete.

Tebow hit .286 (4-for-14) with one home run, two RBIs and two walks in three instructional league games. The long ball came on the first pitch he faced in an organized game since his junior year of high school. He logged five innings in left field in each game.

Originally, the instructional league was scheduled to run through the remainder of this week. However, it was cut short because of the impending arrival of Hurricane Matthew, which has prompted Florida Gov. Rick Scott to declare a state of emergency.

When the Mets signed Tebow to a minor-league deal, they indicated they would wait to see his instructional league performance before deciding whether to send him to the AFL or a winter league, or whether providing him individual instruction this offseason would be more beneficial.

"We want Tim to play in more games to continue developing his skills on the field while facing advanced competition," Mets general manager Sandy Alderson said in a statement.

Said Tebow: "Working in the instructional league has been a lot of fun and productive. We worked hard and I was able to see a lot of pitches and work on different things. There was great coaching and I tried to improve every day. I plan to use the Fall League as an opportunity to improve. It's a blessing and a great opportunity."
Related topics:
sportsespnfall leaguemlbscottsdale scorpionstim tebownew york mets
Copyright © 2021 ESPN Internet Ventures. All rights reserved.
More Videos
From CNN Newsource affiliates
TOP STORIES