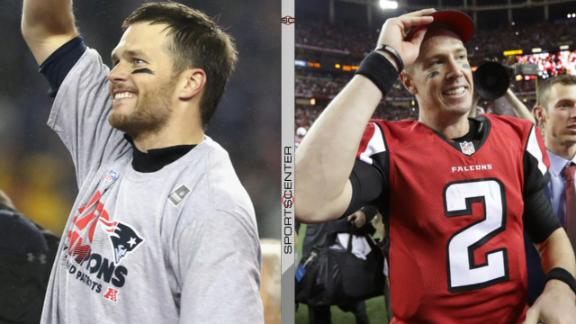 FOXBOROUGH, Mass. -- The two quarterbacks set to face off in Super Bowl LI -- Tom Brady of the New England Patriots and Matt Ryan of the Atlanta Falcons -- communicate regularly with each other.

"We've kind of kept in touch over the years," Brady said Monday morning during his weekly interview on sports radio WEEI. "I'm always sending him texts over the course of the season and vice versa. I have a lot of respect for Matt. I like him a lot as a person, as a player, as a leader."

The Patriots quarterback said that because Ryan, 31, played at Boston College, which plays its games 20 miles north of the Patriots' home stadium, Brady "always kind of followed him."

Brady, 39, also noted how the Patriots and Falcons practiced against each other in 2010 training camp, which was Ryan's third year in the NFL.

"I got to see him up close and talk to him quite a bit," Brady said of the practices at Falcons headquarters in Flowery Branch, Georgia. "Matt is a classy guy and a great quarterback."

The teams haven't played each other in the regular season since Sept. 29, 2013, when the Patriots recorded a 30-23 "Sunday Night Football" victory at the Georgia Dome.

As for Super Bowl LI, Brady said on WEEI that he began looking at the Falcons' current depth chart at about 1:30 in the morning.

"It will be a big test. They're playing great, and Matt has had an incredible year. Their offense, what they did yesterday in the first quarter that I was paying attention, it looked like they were on fire," Brady said. "They're there for a reason. They've beaten all the best in that conference." Brady says he talks to Matt Ryan regularly
Tom Brady reveals how often he and Falcons QB Matt Ryan communicate and traces their bond back to the days Ryan was QB at Boston College.

Falcons, Patriots set for Super Bowl showdown
The Super Bowl matchup is set, with the Patriots aiming for a fifth championship and the Falcons seeking the franchise's first championship Feb. 5 in Houston. 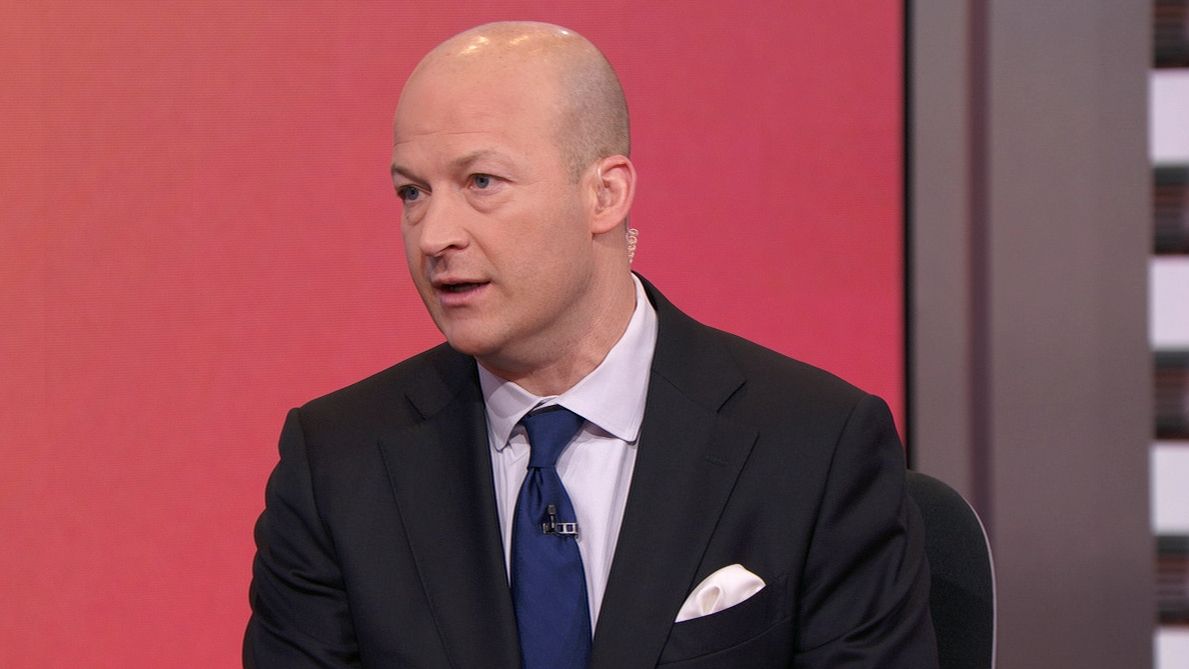