Tom Coughlin steps down after 12 seasons as Giants coach 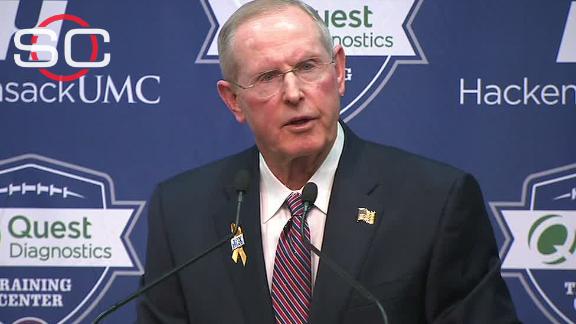 After 12 years and two Super Bowl titles, Tom Coughlin is no longer the coach of the New York Giants.

"I met with John Mara and Steve Tisch this afternoon, and I informed them that it is in the best interest of the organization that I step down as head coach," Coughlin said in a statement. "I strongly believe the time is right for me and my family and, as I said, the Giants organization.

"It has been an honor and a privilege to serve as head coach of the New York Football Giants. This is a not a sad occasion for me. I have spent 15 years with this organization as an assistant and head coach and was fortunate to be part of three Super Bowl-winning teams. A Lombardi Trophy every five years is an achievement in which we all take great pride."

The Giants have scheduled a news conference for 10:30 a.m. ET Tuesday to address Coughlin's resignation. Coughlin will be in attendance, along with Mara, Tisch and Giants general manager Jerry Reese.

"It is difficult to come up with words adequate to describe the appreciation we have for everything Tom Coughlin has done for our franchise," Mara said in statement. "In addition to delivering two Super Bowl titles, Tom represented us with class and dignity and restored the pride to our entire organization. He has all the qualities you could ever ask for in a head coach and set very high standards for whoever will succeed him."

The Giants' third straight losing season is a fate that hadn't befallen the franchise since eight straight losing seasons from 1973 to 1980. The Giants have missed the playoffs four years in a row and six of the past seven, though the one year in that stretch when they did make the postseason ended in a Super Bowl championship.

"Obviously, the past three years have not been what any of us expect, and as head coach, I accept the responsibility for those seasons," Coughlin's statement said. "I think it has been evident these last 12 years here how much pride I take in representing this franchise. I am gratified and proud that we were able to deliver two more Lombardi trophies to the display case in our lobby during that time. That is a tribute to our players and staff, and it was truly fulfilling to be the leader of those teams.

"We all know, when you're in this business, we have to get off the train some time," Parcells said in an ESPN interview. "And sometimes we get off of our own volition, and other times they ask us to get off. And that's true for players and coaches, owners and everybody who's associated with the NFL. It's a sad day because he's done such a magnificent job there with the Giants. We've been friends a long time, and I'm sad, but I'm happy because it's a new adventure. Guys like him always make it work.''

Star wide receiver Odell Beckham Jr., who had hoped Coughlin would remain coach of the Giants, weighed in before the news broke Monday.

"I love Coach Coughlin," Beckham said. "He's always going to be my coach."

Raiders defensive end Justin Tuck, who played for Coughlin with the Giants from 2005 to 2013, took to Instagram to pay tribute to his former coach's "dedication to your team and how intense you are on the football field."

"I will remember you for helping me become a man and challenging all of us to be better husbands and fathers and men," Tuck wrote Monday. "You did it the right way Coach. And you might be retiring from coaching but I'm sure this isn't a goodbye. That's not in your nature."

A former Giants wide receivers coach who spent 1988 to 1990 on Bill Parcells' staff, Coughlin became the Giants' head coach in 2004, after a nine-year run as the first coach of the expansion Jacksonville Jaguars. That was the same year the Giants traded up in the first round of the draft to select quarterback Eli Manning.

Coughlin promoted Manning to the starting quarterback job midway through the 2004 season, and the two went on to have great success together, although it wasn't always smooth and easy.

"He has been a great coach to play for," Manning said. "Learned so much from him from an early age when I got here to every year. Just to meet with him and talk football and X's and O's and strategy ... he has a great football mind and loves what he does, has great passion. He is an example of how you should handle your job and love what you are doing."

Coughlin came to New York with a reputation as a stern disciplinarian and famously proclaimed in his introductory news conference that injuries were "a mental thing" and something to be "corrected."

Coughlin's old-school methods chafed some of his players, most notably Hall of Famer Michael Strahan, who to this day says he doesn't understand why you need to be five minutes early to a meeting to be considered "on time."

After going 11-5 in his second season in New York, Coughlin went 8-8 in 2006 and appeared in danger of losing his job. But things turned around in 2007, when the Giants recovered from an 0-2 start to finish 10-6, win a wild-card spot and upset the undefeated New England Patriots in Super Bowl XLII. That run included a second-round playoff victory over the top-seeded Dallas Cowboys and an overtime victory in Green Bay in an NFC Championship Game that became famous for Coughlin's red, frozen face.

The following year, the Giants went 12-4 and secured the No. 1 seed in the NFC playoffs but lost star receiver Plaxico Burress when he shot himself in the leg at a New York City nightclub -- an offense for which Burress did jail time. The Giants lost their first playoff game that season and missed the playoffs in each of the next two seasons.

In 2011, after losing to Washington in Week 15 to fall to 7-7, the Giants rebounded with a Christmas Eve victory over the Jets and a Week 17 victory over Dallas to win the NFC East. They won playoff games on the road in Green Bay and San Francisco before defeating the Patriots once again in Super Bowl XLVI.

Recent years have not ended as well for Coughlin. The Giants started 0-6 in 2013 and, though they rallied in the second half, finished 7-9 for Coughlin's first losing season since his 6-10 debut in New York in 2004. The Giants followed that with a 2014 season that featured a seven-game losing streak and ended with a 6-10 record. This year, they were unable to take advantage of a weak NFC East, as late-season losses to Washington and the Jets knocked them out of the playoffs, and they finished 6-10.

Coughlin's final record as Giants head coach is 110-92, including playoff games. Including his time in Jacksonville (and the playoff games he coached there), he is 182-156 as an NFL head coach. His regular-season win total of 170 ranks 12th in NFL history and, somewhat poetically, right behind Parcells' total of 172.

"On behalf of my family, I want to thank Coach Coughlin for how he has represented our franchise for the past 12 years," Tisch said. "He embodies the beliefs of this organization and everything the New York Giants stand for. I respect his decision, and while I appreciate Tom's perspective and attitude, at the same time, I am a bit saddened today because we are losing a man who is just as good a person as he is a coach. He is a Hall of Famer in every regard."

Information from ESPN's Ohm Youngmisuk and The Associated Press was used in this report. 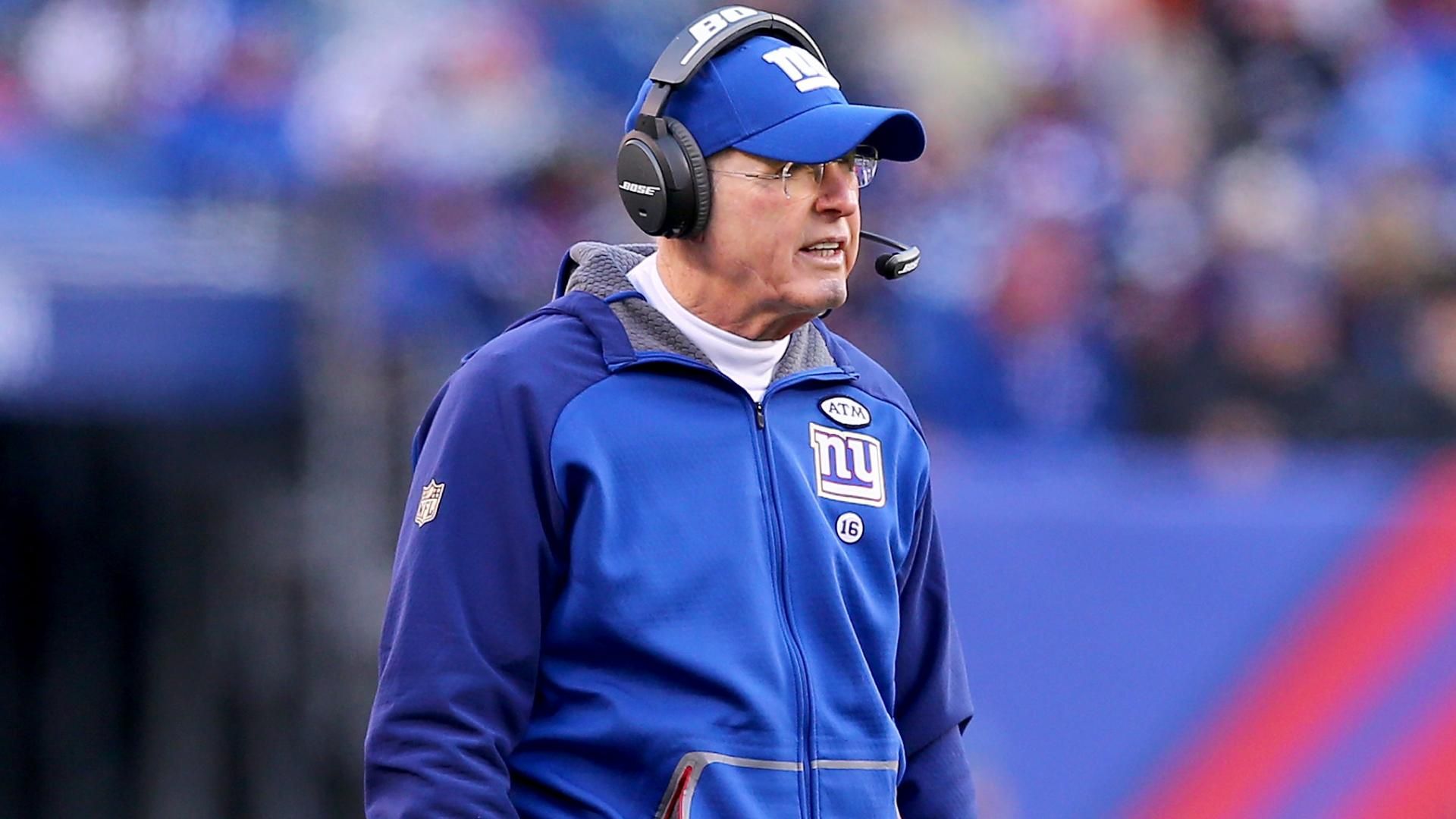 Tom Coughlin resigns as Giants coach
ESPN Giants reporter Dan Graziano reacts to the news that Tom Coughlin has resigned as coach of the Giants after 12 seasons. 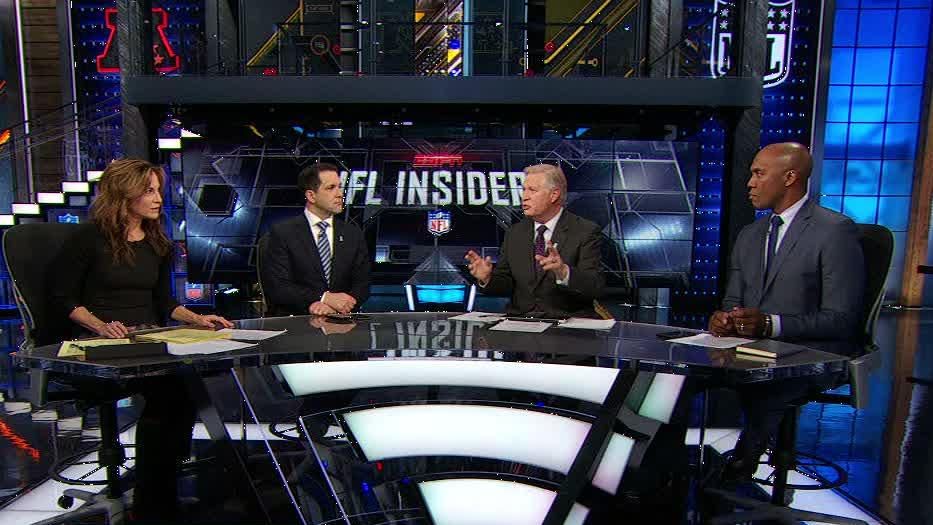