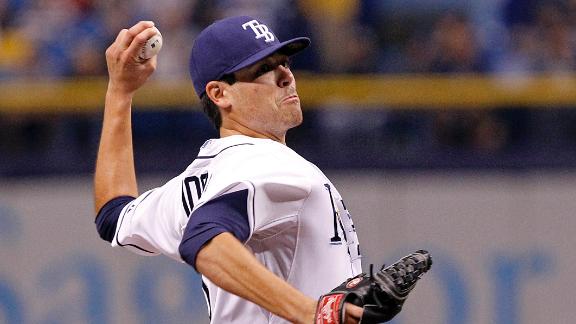 Former major league pitcher Tommy John says it's "unreal" that so many pitchers need elbow surgery 40 years after he was the first to undergo the procedure that now bears his name.

"It's unreal," John told the Watertown Daily Times. "And it's crazy that they would pick 2014 to be an epidemic year, it seems like guys are going down right and left."

"Throwing pitches in the big leagues will not hurt your arm," John told the Daily Times. "It's what you did down the road when you were younger. ... In essence, the injury itself is a buildup of overuse. And not overuse as an adult, but overuse as a kid.

"What I would like to see these guys do, these surgeons and all, is ask all the guys who have had the surgery -- 'How much did you pitch as a kid and how often, and did you pitch year-round?' And nowadays, probably 70 to 80 percent of the pitchers today have been pitching 12 months a year since they were seven, eight or nine years old. And your arm is not made for that."

John, a left-hander who won 288 games playing for six teams over 26 seasons, moved to Watertown in northern New York this past December.

Why Are There More Tommy John Surgeries?
Stephania Bell analyzes the recent increase in cases of Tommy John surgery in Major League Baseball.

Yanks' Nova Advised To Have Surgery
Doug Glanville discusses how much of a loss the Yankees' rotation will take if P Ivan Nova has season-ending Tommy John surgery.