ESPN
By Bob Pockrass
Not everyone is a fan of Tony Stewart. And he apparently had heard enough from one fan Friday night to confront him.

At the Lucas Oil Chili Bowl Nationals, a national event that attracts more than 300 racers of midget cars to the River Spirit Expo Center in Tulsa, Oklahoma, Stewart approached a fan -- confirmed by the Tulsa County Sheriff's Office to ESPN as Cpl. Kyle Hess -- who can be heard on social media videos saying he never liked the racer.

The two exchanged words, and Hess, who was off-duty at the time of the incident, appeared to push Stewart, who continued to yell at Hess for a few more seconds after another man moved Hess back into his seat.

The Tulsa County Sheriff's Office is investigating the conduct of Hess, the Tulsa World reported. "We're all held to a higher standard, even off duty," sheriff's deputy Justin Green told the paper.

Stewart was at the event to help oversee track maintenance.

Dennis Larson, a Tulsa deputy police chief and Expo Square liaison officer, told the World that he talked to Hess after the incident and that Hess was "under the influence of alcohol," was escorted off the premises and that Stewart had "no ill will toward the fan and wanted nothing done."

Stewart and his representatives have yet to respond to requests from ESPN about the incident.

"We had a race fan that probably had too much beer from my observations after speaking with him," Larson told the World. "He kept taunting Tony Stewart as Tony would pass by. Tony came up to the stands and decided to have a discussion with him on why he did not like him.

"From what I was told, Tony stated to [Hess], 'What's your problem with me?'" Larson said. "At some point their hands were locked together. The fan pushed toward Tony; Tony stepped back, and a security guard basically stepped between the two and just made a motion and the fan, who had consumed a lot of alcohol, sat down."

The three-time Sprint Cup champion is the 2002 and 2007 winner of the event and is there helping prepare the dirt surface. Stewart said earlier this week he might compete in the event again next year after he retires from Sprint Cup racing at the end of this season.

Stewart is known for his talent and his temper. In January 2011, he was questioned but not charged by Australian police after an altercation at a Sydney track. He also was fined $25,000 by NASCAR in October 2014 for backing into Brad Keselowski's car on pit road in retaliation for his car being hit by Keselowski's after the race.

Ward's family alleges that Stewart lost his temper to cause the tragedy and that, in the process of trying to intimidate their son, Stewart swerved toward him and ended up accidentally striking Ward, who had walked on to the track while the drivers were doing laps under caution.

Stewart says he didn't know Ward was on the track until just before his car struck Ward. He also says he didn't know it was Ward he had hit and that Ward is responsible for his death by walking on to the racing surface, trying to make contact with Stewart's car and also being under the influence of marijuana. 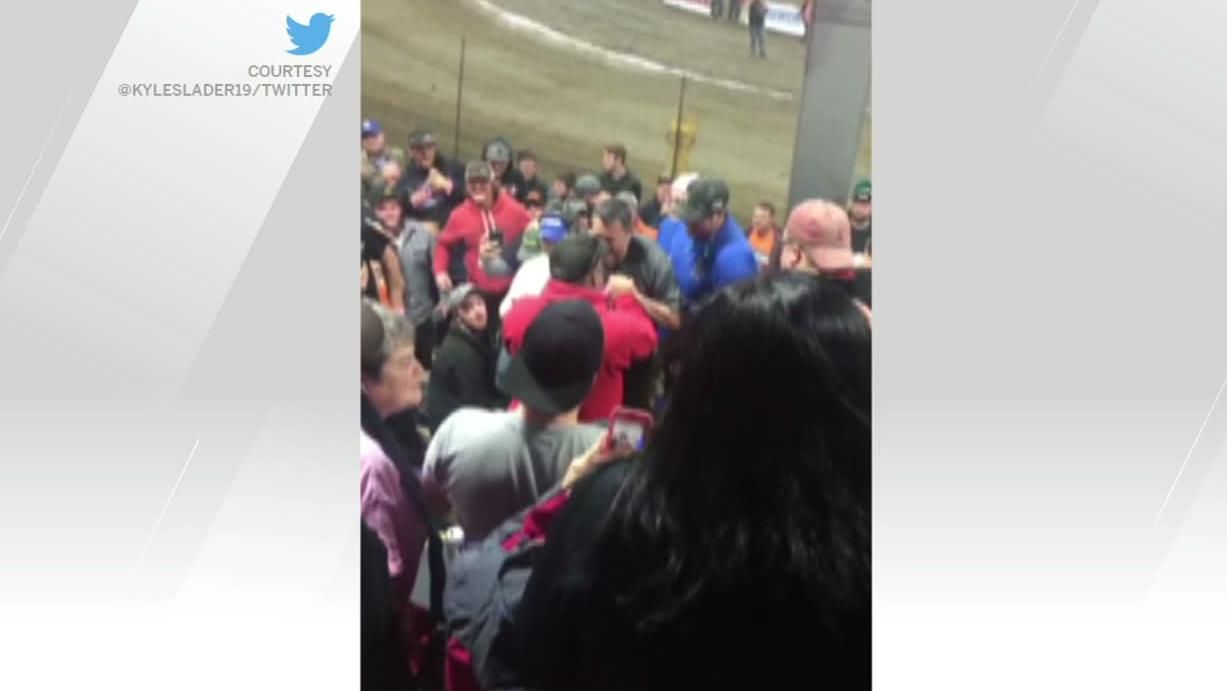