KGO
By Chris Nguyen
SAN JOSE, Calif. (KGO) -- You can call it a Thanksgiving tradition unlike any other in San Jose.

The city's two oldest public high schools battled it out on the gridiron Thursday afternoon for the 76th annual Big Bone Football Classic.

"My son and I used to come all the time while he was growing up, and it just got to be something we did on Thanksgiving Day every year," said San Jose resident Jerry Campagna.

This year's game between the San Jose Bulldogs and the Lincoln Lions was almost delayed because of the poor air quality over the past two weeks due to the Camp Fire. However, the cloudy skies and peeks of sunshine were a welcomed sight.

It’s a #Thanksgiving tradition unlike any other in the South Bay... catching the ‘Big Bone’ Football Classic between Lincoln and San Jose, the city’s two oldest public schools. Hope you’re all enjoying your Turkey Day! #ABC7Now pic.twitter.com/uQtZMBKwht

"You have to be thankful for so much," said San Jose High School principal Gloria Marchant. "This is one of the things that we're thankful for, that we can offer this to our students, our community, and we can keep the traditions going."

Known as one of the oldest rivalries across the country, the Big Bone has been played every year since 1942 during World War II.

"It's much bigger than the football game itself. It's a tradition that's all about Thanksgiving, coming together and being with your family," said Stephen McMahon, deputy superintendent for the San Jose Unified School District.

There was a lot of sentiment around this Thanksgiving match-up, especially for Jim Bruno, who was retiring after officiating 43 Big Bone games, making him one of the region's longest serving referees.

#FOOTBALL: Legendary referee Jim Bruno is retiring after today’s #Thanksgiving matchup between Lincoln and San Jose. He has officiated 43 out of 76 #BigBone games — making him one of the longest serving refs in the region. Thank you, Jim! #ABC7Now pic.twitter.com/jQPH4R2O5S

"It makes it special, especially when you've ref'ed a game, and then 10 or 15 years later, the kids are playing in the game their dad played in," said Bruno.

The game wasn't close. Lincoln dominated (51 to 6) to take their 21st straight win over San Jose. But if you asked anyone at the game about it, they'd tell you the score was secondary.

"To me, it gives you a sense of pride, a belonging, and something that no one else does," said Josefina Hernandez, the mother of Lincoln's starting quarterback, Markus Hernandez. 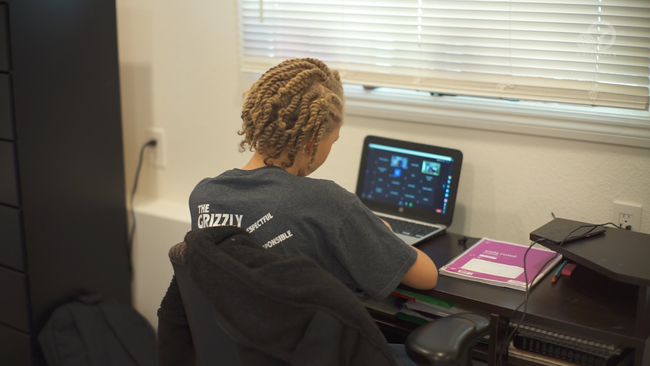