Trevor Siemian out with foot injury; Paxton Lynch to start 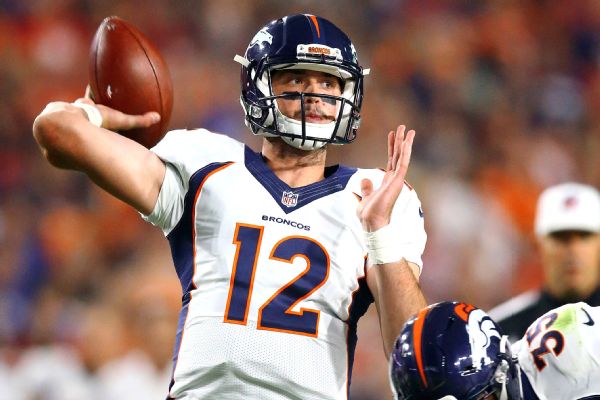 Broncos coach Gary Kubiak formally ruled Trevor Siemian out against the Jaguars due to a left foot injury he suffered in overtime in Sunday's loss to the Kansas City Chiefs. Siemian has spent the week with his foot in a walking boot and did not practice.

On Friday, Siemian removed the walking boot and did some brief work on the field with head trainer Steve Antonopulos, so the Broncos could determine if the quarterback should try to practice. After the short workout, the Broncos decided that Lynch will start against the Jaguars.

"The plan was to take the boot off of him this morning, do a few things with [Antonopulos] and see where we're at," Kubiak said Friday. "After doing that, we made a decision to put [the boot] back on him."

The Broncos, at 7-4, are in a tight race for an AFC playoff spot, and many players have labeled their remaining games as must-wins.

Siemian will travel with the team Saturday to Jacksonville and continue to receive treatment. Kubiak said he hoped Siemian could test the foot again with some additional on-field work Monday, after the team returns to Denver.

The second-year quarterback is expected to spend the game in the coaches' box with offensive coordinator Rick Dennison.

Kubiak said Thursday that Siemian had been fitted for an orthotic insert he will wear in his shoe when he does return to the practice field or play in a game. On Wednesday, Kubiak called the injury a "foot sprain," which Siemian is believed to have suffered when Chiefs linebackerJustin Houstontackled him from behind on a 1-yard run in the Broncos' first possession of overtime.

Lynch, the Broncos' first-round pick in April, took most of the work with the starting offense through the week. Backup quarterbackAustin Davis has taken a smattering of plays with the first-team offense as well.

"I feel like I've come a long way from first getting here and seeing the playbook for the first time," Lynch said. "It's a little easier. ... You're not thinking as much. You're getting out there and playing."

Lynch started the Broncos' loss to the Atlanta Falcons in Week 5, when Siemian was sidelined with a left shoulder injury.

"I think for both starts, I think they've tried to make it more comfortable for me, kind of move the pocket, let me run around a little bit." Lynch said. "And also some of their stuff with the dropbacks and throw it down the field."

Lynch finished that game 23-of-35, passing for 223 yards with a touchdown and an interception. He was sacked six times against the Falcons.

"It's been a good week for him," Kubiak said. "Paxton's working really hard. I'm really proud of how far he's come, how hard he's worked." 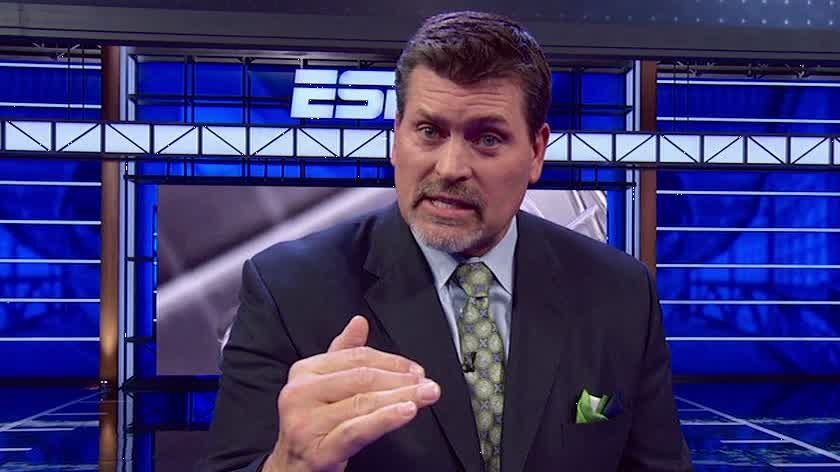 Broncos must lean on defense with Lynch starting
Mark Schlereth is looking at the Broncos' defense to pick up the slack with Paxton Lynch starting, and Tedy Bruschi challenges the Bills to make a statement against the Raiders.
Related topics:
sportsespnjacksonville jaguarsnflpaxton lynchtrevor siemiandenver broncosquarterback
Copyright © 2020 ESPN Internet Ventures. All rights reserved.
More Videos
From CNN Newsource affiliates
TOP STORIES
Homeless to be housed at SF's Moscone West due to COVID-19 concerns
EXCLUSIVE: EMT describes life on coronavirus front lines