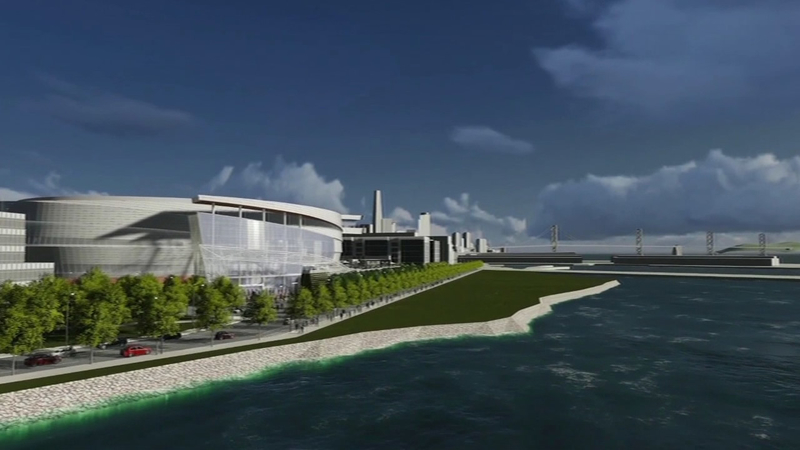 SAN FRANCISCO -- Previous concerns that a multi-use arena for the Golden State Warriors would create too much congestion at the University of California at San Francisco's recently completed Medical Center in Mission Bay have been assuaged and a preliminary agreement has been reached creating a special transportation improvement fund for the neighborhood and placing a limit on events at the stadium in special circumstances.

UCSF had reserved their support for the Warriors arena until the city and the team adequately addressed the university's concerns regarding increased traffic that could cause difficulty for patients needing to access the hospitals.

UCSF staff previously stated that patient safety needed to be ensured and that overlapping events at nearby AT&T Park could prove calamitous for patients trying to access care during an emergency.

According to the joint statement released Tuesday, the three parties have reached preliminary agreements on measures to protect patient safety by effectively managing traffic and facilitating access to the hospitals.

"I'm happy to announce that we've reached a consensus on the most critical issues, and now we're ready to move forward - together," Mayor Lee said.

Before the preliminary agreements take effect and UCSF's concerns are addressed, an environmental impact report and public hearing process for the Warriors' stadium must be completed.

The City's Office of Community Investment and Infrastructure, as well as various city commissions and the Board of Supervisors, must also approve the project and take actions.

A statement released Tuesday by Sam Singer, spokesman for the Mission Bay Alliance, said the agreement "accomplishes nothing but permanent gridlock and life-threatening delays for San Francisco."

The Mission Bay Alliance states that it represents UCSF stakeholders, donors, faculty, physicians and "the working men and women of San Francisco who are concerned about the impact of the proposed Golden State Warriors' stadium on the future of the vibrant community and medical campus at Mission Bay."