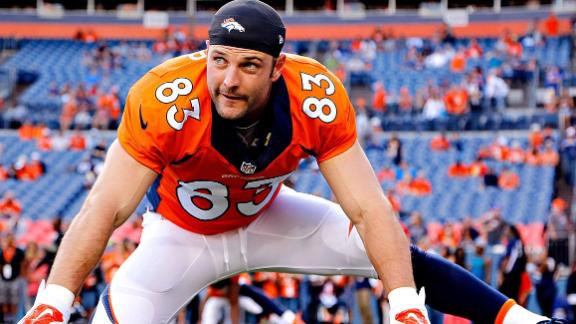 NFLPA chief DeMaurice Smith told a Washington radio station Friday that, in talks with the NFL about a new policy for performance-enhancing drugs, the union will seek to reverse suspensions that occurred this year but are based retroactively to the previous policy.

"We don't want players to suffer because the union and league couldn't get it done before the league year," Smith told 106.7 The Fan, adding that the union would not agree to any policy that punishes players on simply being arrested.

ESPN's Chris Mortensen and Adam Schefter reported Thursday that the NFL is seeking to be able to punish players after an arrest but before the legal process plays out. The negotiations have been described as "fragile."

Two star receivers, Wes Welker of the Denver Broncos and Josh Gordon of the Cleveland Browns, are under suspension for drug violations -- Welker for four games for amphetamines andGordon for all of the 2014 season for another positive marijuana test.

Multiple sources told ESPN.com Friday that the Broncos believe if the league and union hammer out a new policy before Welker's suspension is completed, he would be reinstated.Cleveland.com, citing league sources, also reported Gordon might be eligible for reinstatement if a revamped drug policy is approved.

Under those guidelines, a player enters the treatment program with the first positive test. The program includes meeting with counselors, and the player is subject to increased testing each month. It takes multiple positive tests under the substance-abuse policy before the suspension phase is reached.

"Ideally, me personally, obviously it wasn't great timing because we'd picked our roster," Broncos coach John Fox said this week. " ... I would have preferred maybe it was last week, if you're asking me my preference. But I don't know that that matters too much. It is what it is. We'll move on without him."