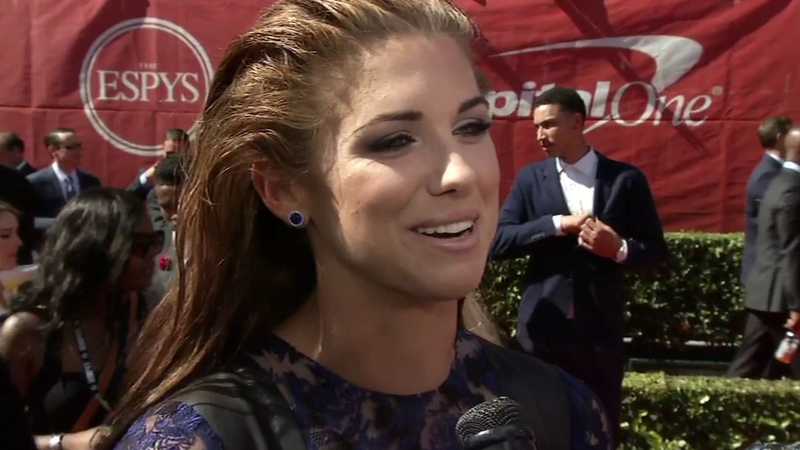 When asked about Team USA's big win over Japan in the Women's World Cup, Morgan said, "I hope I never come down cause it just feels so good. It was great seeing my teammates on the red carpet. We're just celebrating and we're having fun. So I guess it comes down eventually, but not yet." 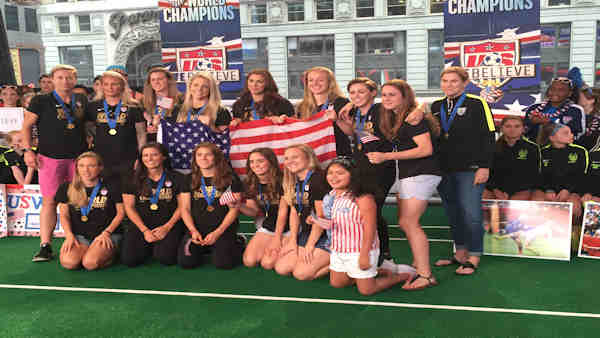 PHOTOS: USWNT Parade
In what was the first New York City ticker tape parade for a women's team sport, The US Women's Soccer Team was honored Friday for winning the Women's World Cup.

She went on to say, "I love coming to the ESPYS and being in the same city as just the most amazing athletes, athletes who have had honors just as great as us. It's really great to be in the presence of such great athletes."

When discussing her time at UC Berkeley, Morgan gave an enthusiastic, "Go Bears!"

"It's been about six years," she said. "I try to get back to the Bay Area as much as I can. But I'm so busy. And honestly the support from the Bay Area has been amazing for us and women's soccer. I had so much fun at Cal and living in the Bay Area. It's been a whirlwind, it really has." 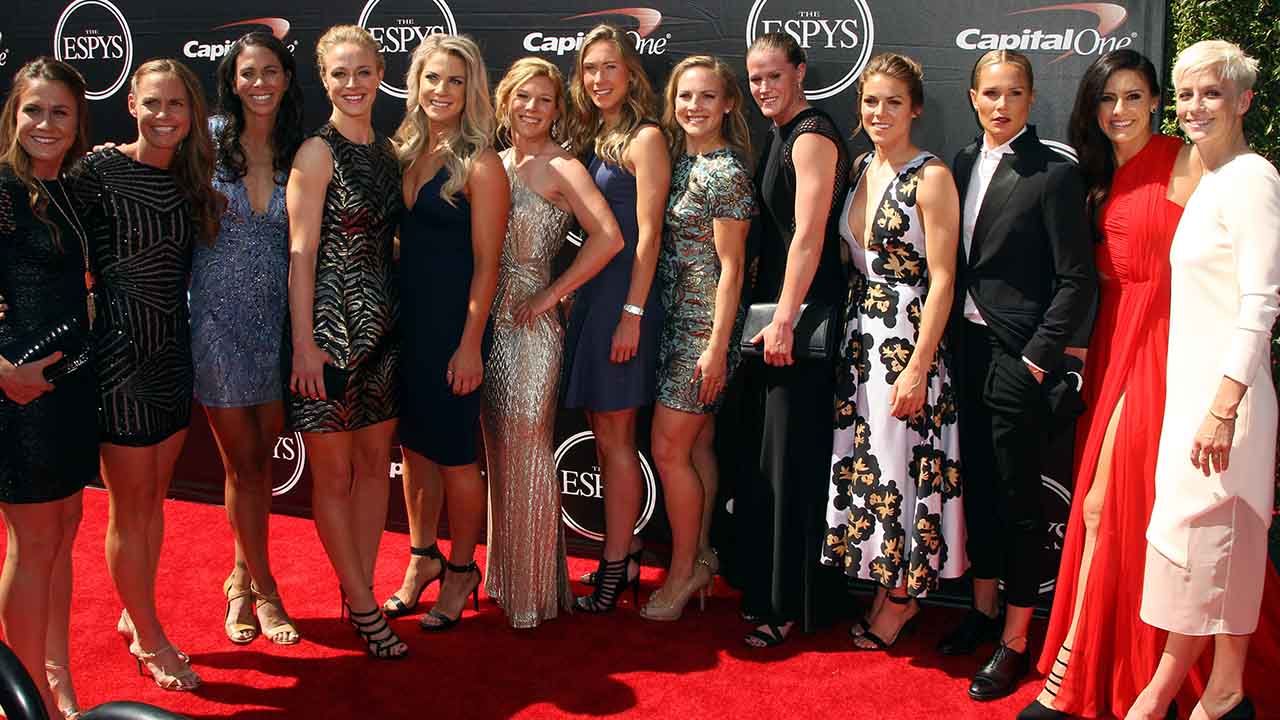 PHOTOS: 2015 ESPY Awards red carpet arrivals
See what all your favorite athletes and celebrities are wearing on the 2015 ESPYs red carpet!