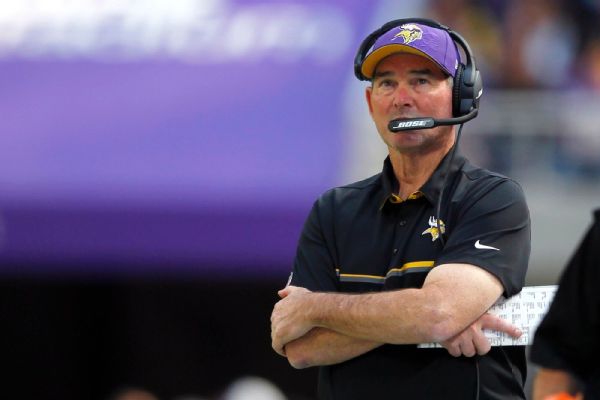 When the Vikings returned from their bye week, Zimmer had placed stuffed animals around the team's headquarters as a reminder to players not to be "fat cats" after a 5-0 start. Someone in the locker room later cut the throats of several stuffed animals and applied red paint to them.

The Star Tribune of Minneapolis reported on Monday that Zimmer was the one who slit the animals' throats, but the paper later corrected the report after a statement from the Vikings. However, as the story continued to circulate, Zimmer felt the need to clarify things Thursday.

"I want to set the record straight on an erroneous report that I feel like attacked my character and my reputation," the coach said, before reading through a stack of headlines he'd printed out about the story. "Actually, the stuffed animals I did have here were given to charity, to Toys for Tots. It just kind of goes to show you that when one thing gets out there -- and it was updated correctly, that I had nothing to do with it -- but unfortunately, the headlines still keep coming out, and it bothers me."

Zimmer said his charitable foundation had received critical messages after the story.

Asked what he had been doing with the stuffed animals, Zimmer said, "You know, I'm done talking about it. Let's just talk about Chicago."