ESPN
By Ben Goessling
A day after the Minnesota Vikings announced they would not exercise running backAdrian Peterson's $18 million option for the 2017 season, general manager Rick Spielman said he still wants Peterson back with the team in 2017.

Peterson told ESPN's Josina Anderson on Tuesday that the "door is still open to find some common ground" with the Vikings, adding that he would explore his options in the meantime.

On Wednesday, sources told Anderson that the Oakland Raiders have caught Peterson's attention. One significant reason for Peterson's interest is the team's offensive line. Last season, Raiders quarterback Derek Carr had the league's lowest sack rate -- although the line did allow the sack in Week 16 that resulted in a season-ending broken right fibula for Carr -- and the team's running backs were sixth in the league in yards after contact.

Spielman, speaking at the NFL scouting combine in Indianapolis on Wednesday, said he was very specific with Peterson about what would need to happen for the running back to return to the Vikings in 2017. He said his talks with Peterson were positive as the general manager delivered the news to the running back.

Peterson, who will turn 32 on March 21, posted a video of his workout on Twitter on Wednesday morning.

"Job 8:7: Your beginnings will seem humble, so prosperous will your future be. My mindset," Peterson tweeted, as he posted a video of himself doing two sets of 20 bench press repetitions with trainer James Cooper at his gym in Houston. A caption on the video read, "Not on a decline, rather an incline! 32 in a few weeks and still schooling!"

Peterson is set to become a free agent for the first time in his career on March 9, absent a restructured contract with the Vikings before the start of the league year.

Besides the Raiders, Peterson has already mentioned his initial interest in the New York Giants, Houston Texans and Tampa Bay Buccaneers, but his list remains fluid.

Two sources told ESPN's Jeremy Fowler that the Buccaneers are not expected to aggressively pursue Peterson at this point. Though things could always change, the team still has loose plans forDoug Martin, whom the Buccaneers think looks refreshed and healthy after rehab for substance abuse, according to a source.

Speaking to reporters at the combine, Giants coach Ben McAdoo said the team would "take a look" at Peterson.

As for Spielman's talks with Peterson, the GM said Wednesday: "I believe in just putting everything up front and on the table.

"I told him there are some areas we'd like to address. The one thing you can't predict is what the market is going to be. Usually, you have expectations coming into this market, when we get into the negotiating window with other free agents next week. You may have expectations today, and those expectations all of a sudden change within a week. If we go specifically after some specific positions in free agency, and we're planning to spend 'X' amount of dollars, and all of a sudden those dollars increase, we have to adjust our game plan." 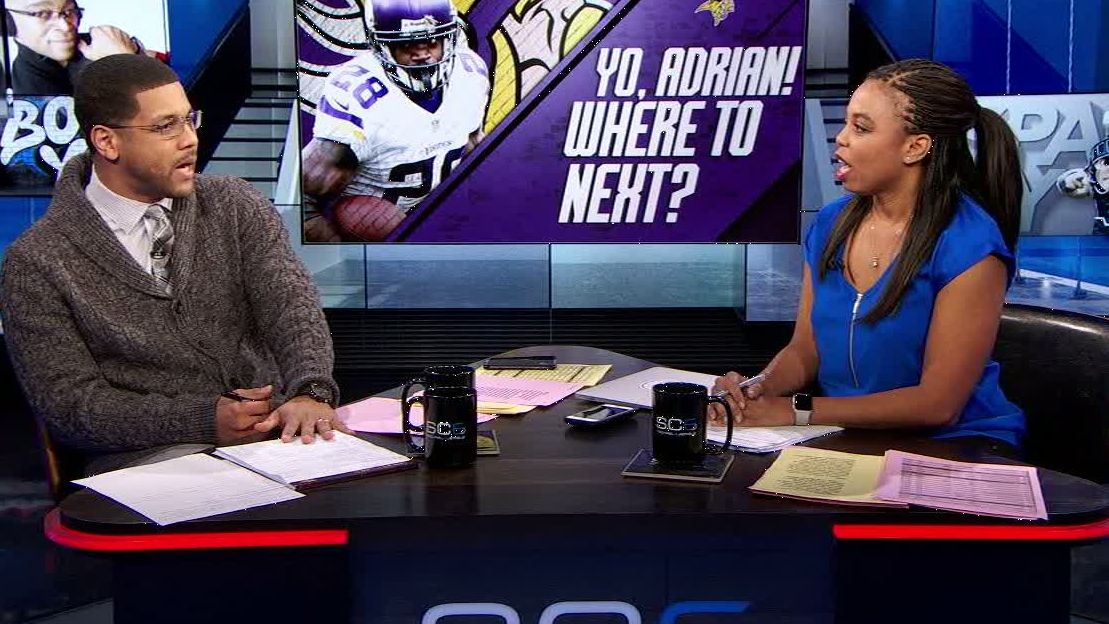