Villanova No. 1 in AP poll for first time; Maryland No. 2 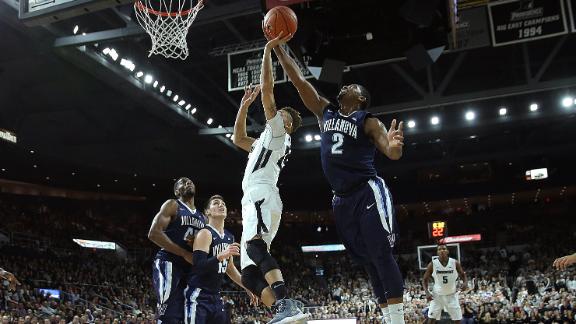 Villanova is No. 1 in The Associated Press college basketball poll for the first time.

The Wildcats had been ranked No. 2 seven times -- the last time coming in the final poll of last season -- but had never made that one step up.

Villanova becomes the sixth school to hold the No. 1 spot this season, just one off the record.

Oklahoma, which had been No. 1 for the past three weeks, dropped to third and received seven first-place votes. Iowa, which got 11 first-place votes, is fourth and is followed in the top 10 by Xavier, Kansas, Virginia, Michigan State, North Carolina and West Virginia.

Kansas and Virginia each received one first-place vote.

No. 23 Southern Cal and No. 24 Texas are the week's two newcomers, replacing Indiana and South Carolina.