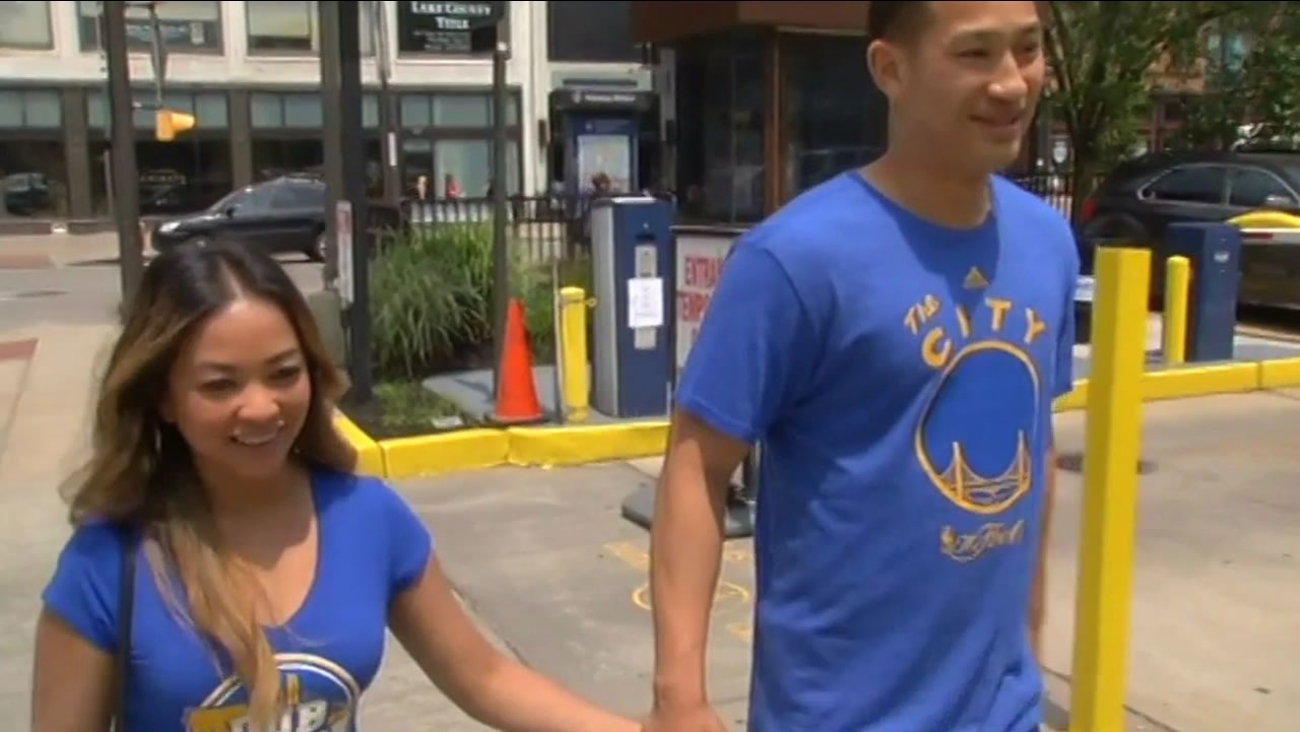 Golden State Warriors fans Richard Luk and April Santos walk in Cleveland ahead of Game 4 of the NBA Finals on June 11, 2015. (KGO-TV)

KGO
By Laura Anthony
OAKLAND, Calif. (KGO) -- The Golden State Warriors were purchased by new ownership five years ago, and let's just say it was a lukewarm welcome for Joe Lacob. But my how things have changed with the team's tremendous success this year.

"Here we are in year five and I think we're very happy with where we are," Lacob said.

It wasn't all that long ago, that the Warriors co-owner was being booed by his fans on his home court. But now all that is a distant memory.

"I never look back at what we coulda done, shoulda done because the truth of the matter is you do what you have to do at that moment," he said. "We've made a lot of tough decisions. Mostly right, some probably some would say are wrong. But we're happy with where we're at."

Strange bedfellows? Not so much says this Cleveland couple on their way to Game 4 of the #NBAFinals2015. #DubsOn7 pic.twitter.com/p4SzjC8M47

Warrior fans have also enjoyed this year's tremendous ride to the top. And some even made the trip to Cleveland, hoping for a win in Game 4.

These Dubs fans did not travel from the Bay Area. They came from Columbus, Ohio.

When asked what it's like sporting a Warriors shirt in Ohio, one fan said, "I tell ya, I've only been a couple blocks and it's been rough. So, it's probably only going to get worse."

"Tonight I hope the Warriors win," said Warriors fan D.J. Agusiobo. "I like the number 102. So I say they're going to win 102, leaving Cleveland somewhere in the 90s."

Let's hope her prediction comes true! Warriors fans from all over the country have gathered in Cleveland, hoping for a big win on Wednesday night.