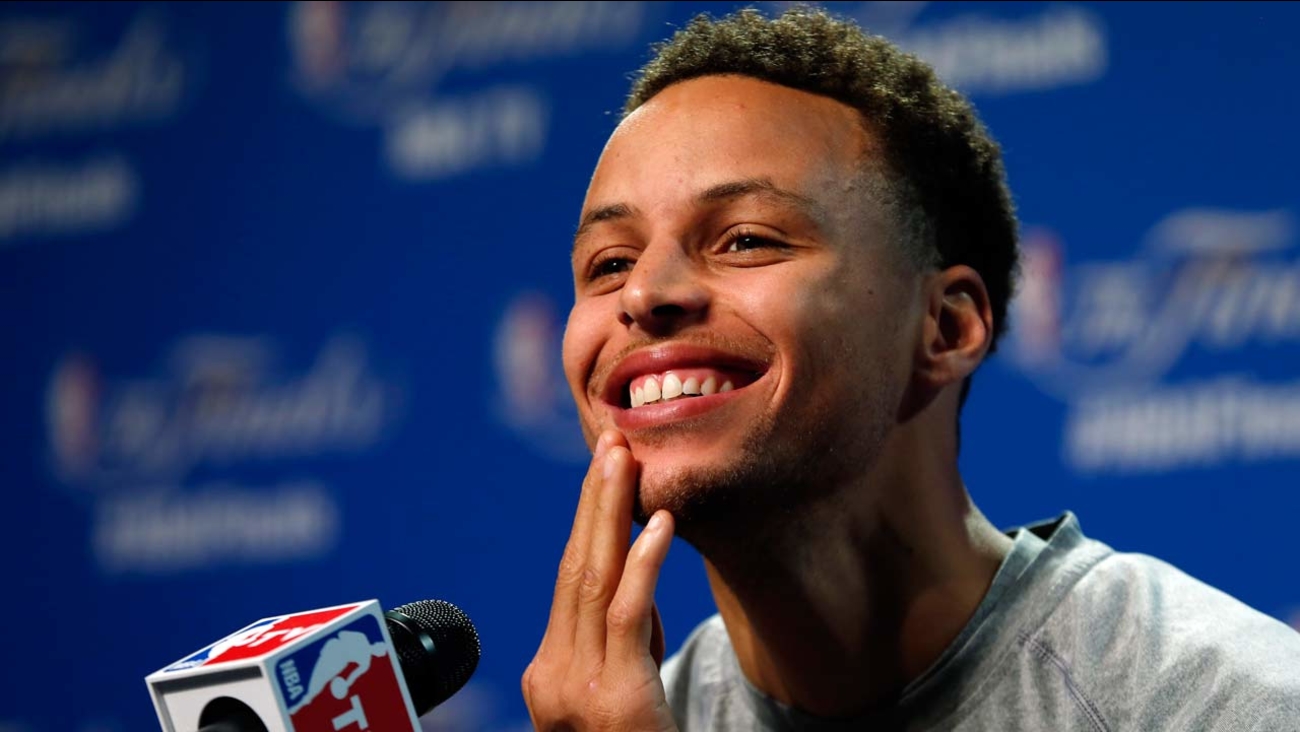 KGO
CAMPBELL, Calif. (KGO) -- Warriors fever is alive and well at Sports Fever in Campbell. The best-selling items are jerseys of course. Workers say the biggest Warriors season before this one, was the "We Believe Season" in 2007 and with the team down two games to one in the NBA Finals -- fans continue to have faith.


The Warriors know sometimes you just have to change things up a bit to get back to your winning ways. Same thing for Warriors fan, Brent Duren. His Andre Iguadola jersey he wore for games two and three is going back in the closet.

"Two straight losses, got to mix it up a bit," said Duren.

"So what are you wearing tomorrow night?" asked ABC7's Matt Keller.

"Hopefully I can bottle that 2nd half and be ready to go for Game 4" - @warriors @StephenCurry30 #NBAFinals pic.twitter.com/JfT3hNPAEK

"Putting it in perspective. We're 1 W away from being back to where we want to be" - @warriors Coach Kerr #NBAFinals pic.twitter.com/ljUwnOYT2n

Duren works for Rock Bottom Brewery in the Pruneyard in Campbell. The Warriors, win or lose, are a big draw. Game 3 delivered double the normal business for a Tuesday night.

"We kind of cleared out right after the game," said Lorie Law, Rock Bottom Brewery.

"No one drowning their sorrows in another beer?" asked Keller.

"No one drowning their sorrows, but it's Wednesday today so people had to go back to work," said Law.

Right across the street at Sports Fever -- where Warriors gear is hot. Once it hits the shelves or the racks, it's quickly devoured by ravenous fans. In fact, workers had to raid the display window to satisfy customers.

"We had to sell those out of the window yesterday I didn't get a chance to fill it back up. As long as my boss doesn't know about this in Sacramento cause he's on me about the window," said Kevin McCormick, Sports Fever.