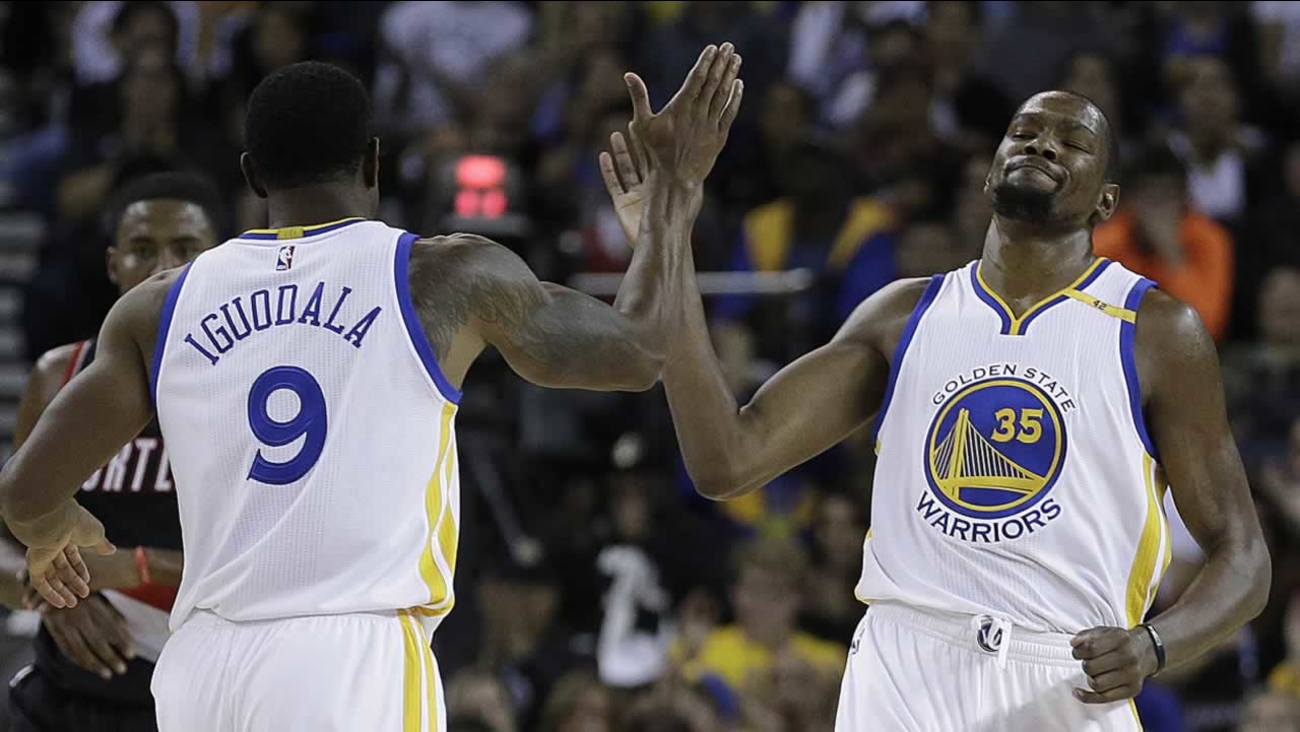 OAKLAND, Calif. (KGO) -- It's been a long four months for the Golden State Warriors and their fans. On Tuesday night, the journey starts all over again with more talent than ever.

The Warriors tip off against the Spurs as the NBA season officially gets underway.

For the first time, free agent mega-star Kevin Durant will put on the same jersey as Stephen Curry, Klay Thompson and Draymond Green in a regular season game.

Durant says despite being under a microscope, all they're talking about at practice is playing ball.

PHOTOS: Golden State Warriors fans 2015-2016
We want to see your fan photos and videos! Tag them on Twitter, Instagram, or Facebook with #DubsOn7 and we may show them online or on TV!