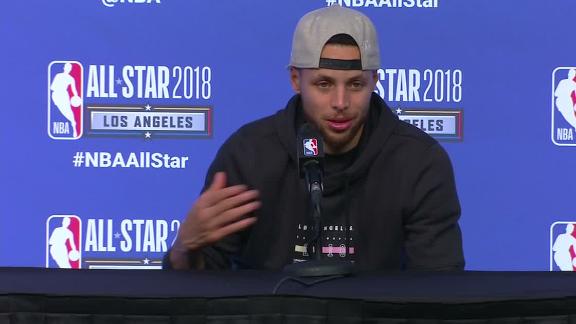 LOS ANGELES -- When Stephen Curry arrived in Los Angeles for All-Star Weekend on Thursday, he sat down for an interview with CNN political commentator Van Jones for "The Van Jones Show" that morning and followed that with an appearance on "The Ellen DeGeneres Show."

The next day, the two-time MVP participated in an "NBA Cares" day-of-service event, and after that he switched to game mode -- as a contestant, along with his family, on the celebrity version of "Family Feud."

All this was done before he went through practice and meeting with the media on Saturday. His schedule was pretty full before he even got to Sunday night's All-Star Game.

By Golden State Warriors standards, the team is struggling, having lost four of its past eight games. The midseason break usually is a time to regroup and refresh, physically and mentally, but some of the Warriors' four All-Stars will have to settle for just a physical refresher.

"I think that's kind of a double-edged sword of being an All-Star," Curry said. "It's an amazing accomplishment, an amazing honor, but if you're thinking about it in the perspective of getting rest and really taking advantage of the full slate of the All-Star break, it doesn't really start for us until right now. So a little bit of it is just having the mindfulness of what you need to do to get your body right, get off your feet, not run yourself to exhaustion throughout the course of All-Star Weekend and take advantage of these next two days that we have to get off the radar, get our minds right."

Golden State resumed practice on Tuesday, but as a courtesy gesture, the four All-Stars didn't have to rejoin the team until Wednesday, a day before they host the LA Clippers. No other team had four All-Stars, and the Warriors are the first team in NBA history to have four All-Stars in consecutive years.

Unlike Curry, Kevin Durant kept his weekend primarily to business meetings. A source close to Durant said his decreased participation was purposeful now that he is 11 years in and has grown out of most of the events associated with All-Star Weekend.

Durant was a panelist at an NBA All-Star tech summit on Friday morning, a field he has invested millions in since his move to the Bay Area. Subsequently, he and Minnesota Timberwolves center Karl-Anthony Towns participated in an "NBA Cares" day-of-service function. That was pretty much the extent of his obligations.

"I'm ready to finish out the season," Durant said. "I feel like we're ready to play some of our best ball."

While in Los Angeles, Draymond Green also kept it pretty light. He put together a community event in which he gave 150 pairs of shoes to Crenshaw High School students and made a promotional appearance for the New Era Cap Company.

But he attended a few festivities, including hosting a family dinner, as his sister was able to make her first trip to see her brother play in an All-Star Game. For Green, all the extracurricular activities are worth it.

"You don't really get too much time to relax, but that's OK," Green said. "I'll take this trade-off any day."

It is no coincidence that Klay Thompson's schedule was the least hectic among the Warriors All-Stars. He participated in an "NBA Cares" event and did a few interviews, and that about summed it up. He was his low-maintenance self even in Los Angeles.

He likely will come out of the break the freshest of the bunch.

"We know it's time now to get the right habits going into the playoffs, trying to get in a groove," Green said. "So we've got to come back ready to go to work. Look forward to trying to close out the season the right way."

Twenty-four games remain in the regular season, with the Warriors a half-game behind the Houston Rockets for the top spot in the Western Conference. Whether or not they've received enough rest during the break, they know it's time to perform if they want to make a trip to the Finals for the fourth consecutive season.

Curry is confident that his team will be focused for the stretch run.

"We've got [24] games before the playoffs to chase another championship," Curry said, "so [we'll be] ready to hit the ground running when we get back." 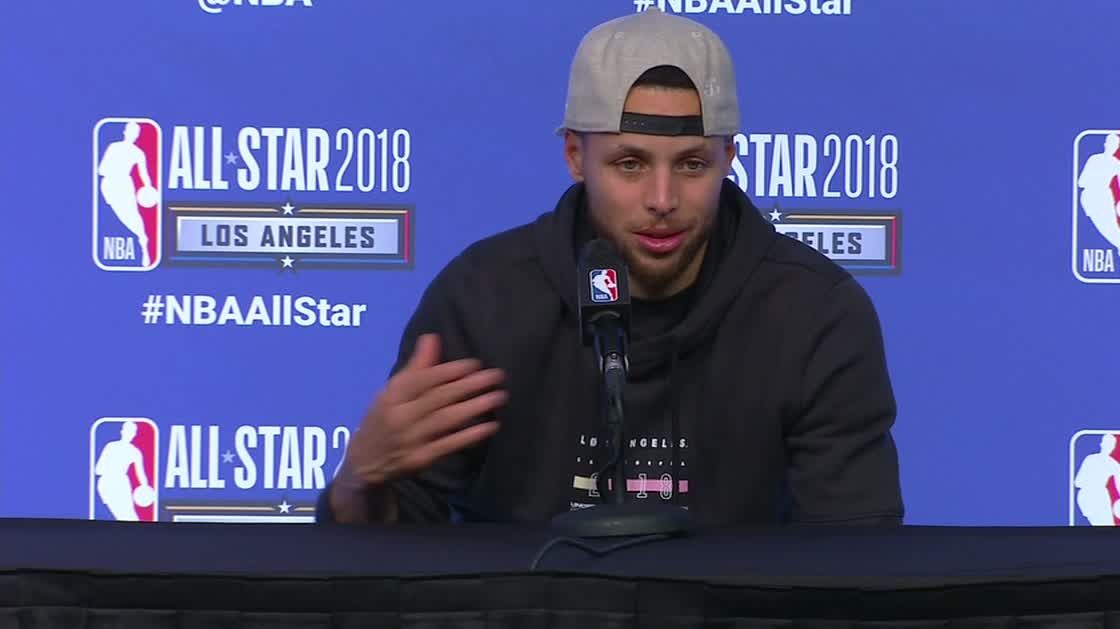 Curry: New All-Star format gave opportunity for a reset
Steph Curry explains what impact the new All-Star format had on the game and how successful it turned out to be. Curry also expresses his thoughts on the draft and how he is looking forward to that for years to come.

Concern for Warriors with Rockets leading West?
Max Kellerman isn't as dismissive as Stephen A. Smith is about Houston's potential to claim home-court advantage in the playoffs. 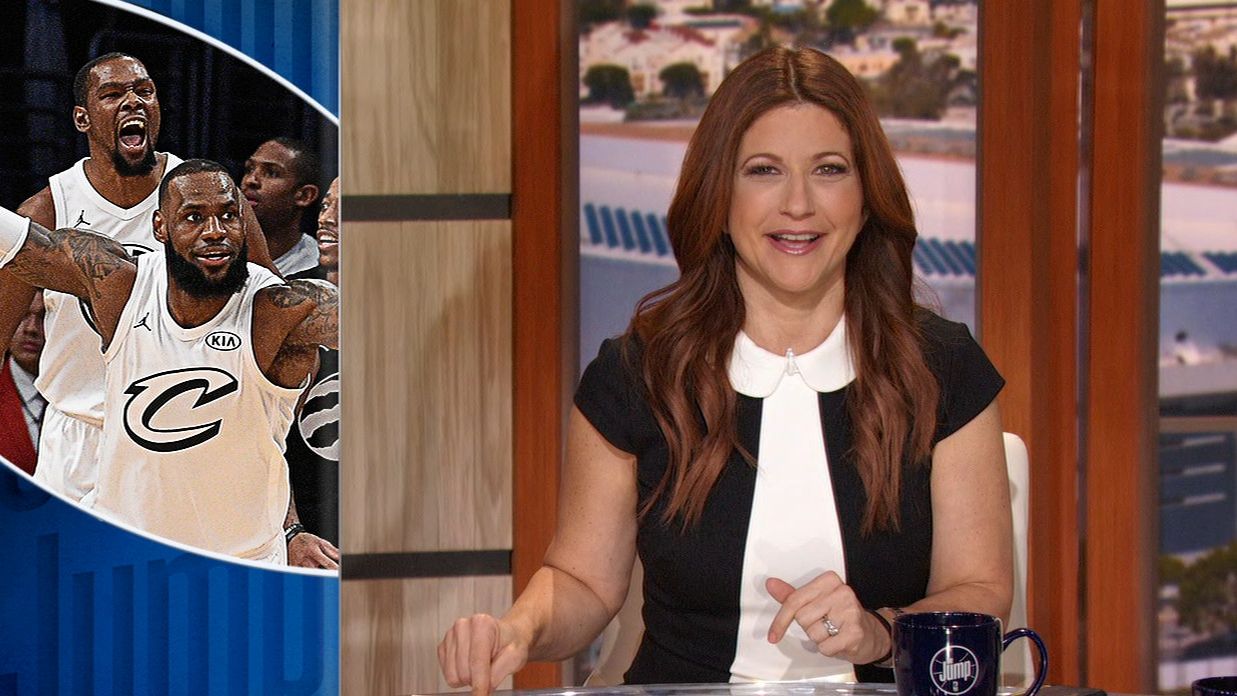