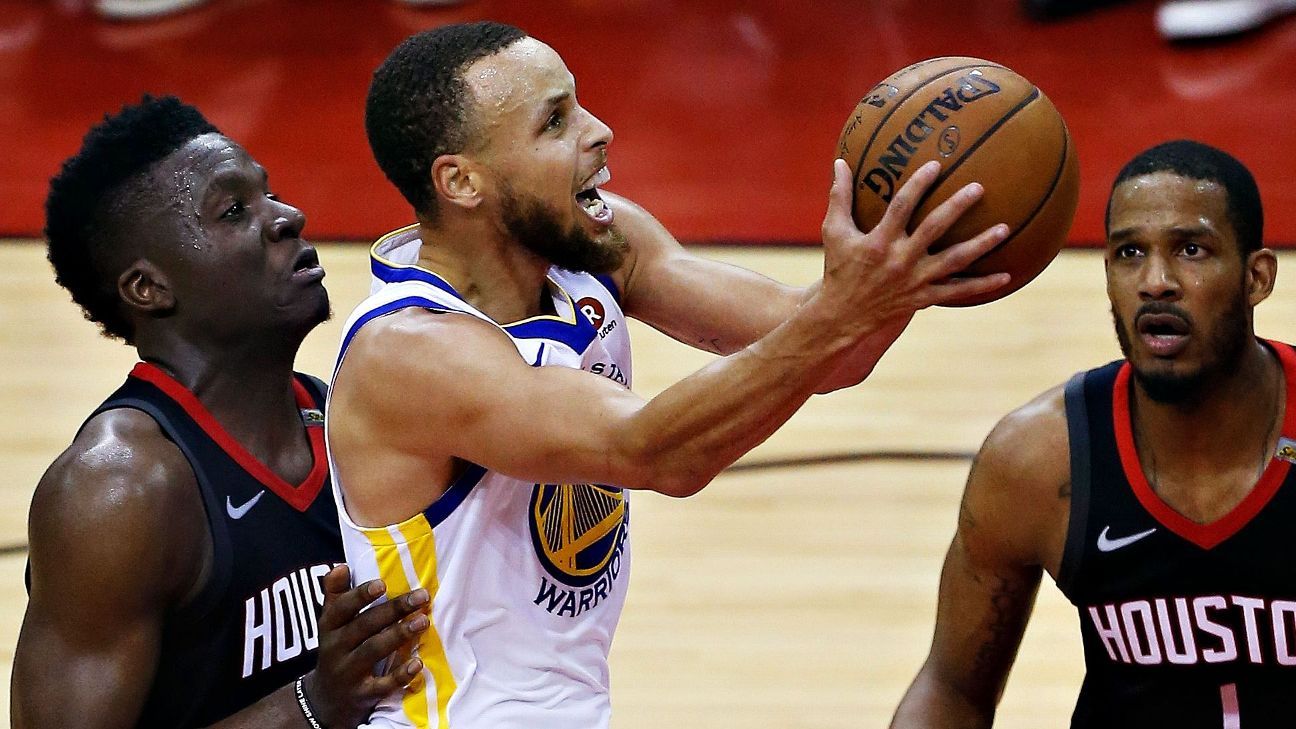 HOUSTON -- Hell hath no fury like the Golden State Warriors in the third quarter.

And that's a primary reason why we will have Cavaliers-Warriors IV in the NBA Finals.

It's a predictable flurry of punches that opponents are powerless to fend off. The Warriors dominated third quarters all season long and have kicked it into another gear during the playoffs. Yet another third-quarter blitz saved the Warriors' season on Monday night, when Golden State won the West and eliminated the Houston Rockets.

The Warriors rallied from an 11-point halftime deficit en route to a 101-92 win in Game 7 of the Western Conference finals. Golden State seized the lead by outscoring Houston by 18 points in the third quarter. The Warriors are now plus-130 in third quarters during the playoffs, the highest overall scoring margin in a quarter by any team in a postseason during the shot clock era, according to ESPN Stats & Information research. The Warriors are plus-68 in third quarters during this season, and plus-35 in the past two games, when the Rockets really could have usedChris Paul's calming presence.

Golden State looked so bad in the first quarter that Steve Kerr, the back-to-back recipient of the Rudy Tomjanovich Award that honors the most media-friendly NBA coach, cut short his between-quarters interview with TNT.

"I saw one of the worst quarters of basketball we've ever played and we're down five points. So if we can get our act together, we'll be fine,"Kerr grumbled before walking off after only one question.

It took another dozen minutes and perhaps a few choice words from Kerr at halftime, but wow, did the Warriors ever get their act together.

After looking sloppy and discombobulated in the first half, the Warriors morphed back into one of the most explosive offenses in NBA history during the third quarter. Stephen Curry led the way with 14 points in the frame -- only one fewer than the Rockets -- and hit 4 of 5 3s, including one with 3:58 remaining in the quarter that gave Golden State the lead for good.

The Rockets, meanwhile, misfired again and again from long range. Houston missed all 14 3s that it launched in the third quarter, part of a stretch of 27 straight missed 3s, the longest such drought during a playoff game in NBA history. Houston was 7-of-44 from 3-point range in the game.

With Paul sidelined for the second straight game by a strained right hamstring, the Rockets needed a superhero night from probable MVP James Harden to have a realistic shot at dethroning the defending champions. Harden finished with 32 points, six rebounds and six assists but was only 12-of-29 from the floor and 2-of-13 on 3s.

The Rockets, minus Paul, simply didn't have the firepower to keep up with Golden State's superstars.

As a result, the Warriors celebrated on the Toyota Center court while Harden headed into the tunnel. It will be a summer of what-could-have-been for the Rockets, who couldn't finish off the Warriors without Paul after putting them on the ropes.

The Warriors are off for a fourth chapter against LeBron James' Cavaliers.