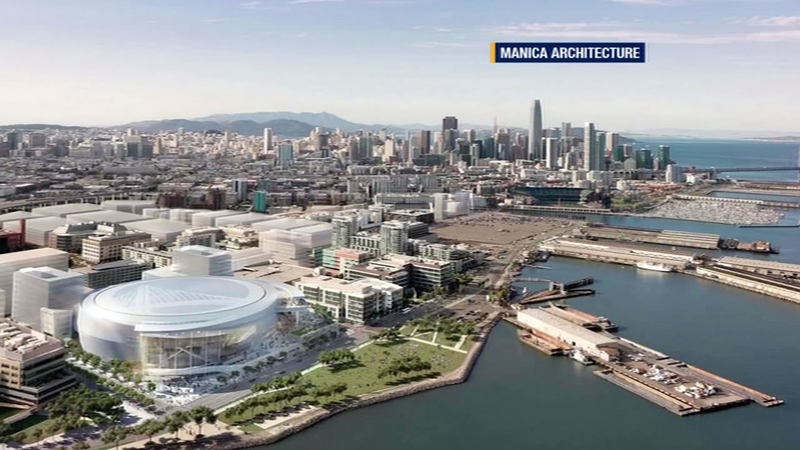 SAN FRANCISCO (KGO) -- Opposition is emerging to the Warriors new plan for an arena in San Francisco's Mission Bay neighborhood.

The structure would be built at Third and 16th streets.

A coalition of opponents is worried about potential traffic and whether the arena is the right fit for the neighborhood.

The Warriors original choice on the Embarcadero was doomed by opposition and now their second choice, a $1 billion dollar privately financed $18,000 seat arena in Mission Bay is also being challenged.

"The Warriors want everybody to believe the arena is a slam dunk, but the reality is the battle is just starting," said Sam Singer of the Mission Bay Alliance.

Singer speaks for what he says is a coalition of stake holders at nearby UCSF, including a former senior vice president. The hospital says it is not directly involved. Opponents envision traffic blocking access to UCSF's three new hospitals in Mission Bay. Warriors owner Joe Lacob says 17 NBA teams nationwide are within half a mile of hospitals.

"This is a very common occurrence, from Brooklyn, Staples Center and everywhere and they all work well together and we don't think San Francisco is any different in that regard," Lacob said.

Opponents say there is nowhere near enough parking for fans. The area is already increasingly congested according to UCSF employees who spoke with ABC7 News.

"It's already challenging with the Giants on home games," said one UCSF employee.

Besides traffic, opponents reportedly want the arena site for further UCSF expansion and publicly say the stadium is not a good fit.

"It's out of whack with bio tech and health care," Singer said.

"For many years in the entire Mission Bay program, we not only had UC and pharmaceutical and research, we also had an entertainment center planned in there."

Members of the newly formed Mission Bay Alliance may try to foul the Warriors with a lawsuit or ask voters to weigh in.